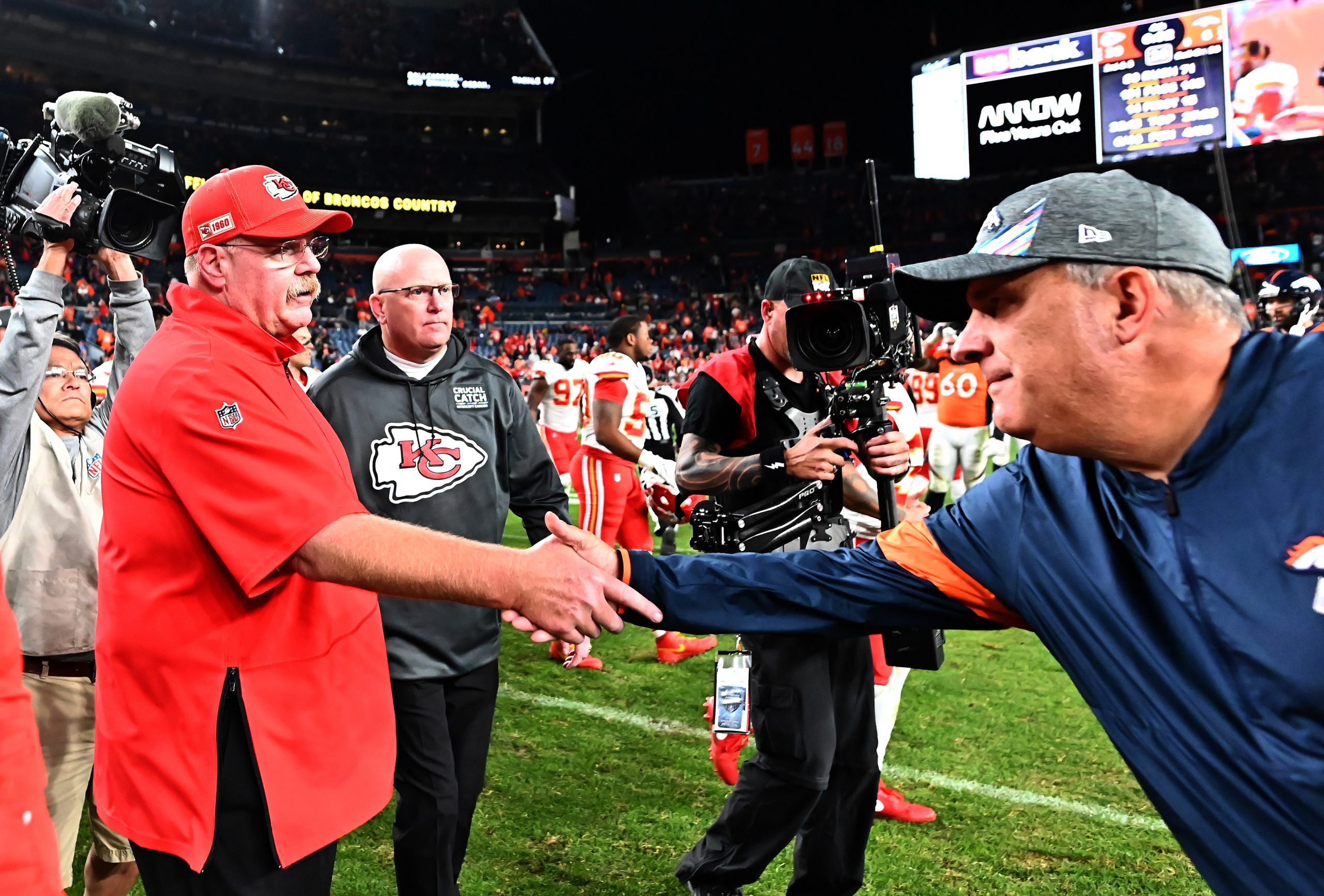 The Denver Broncos (5-8) are set to square off against the Kansas City Chiefs (9-4) Sunday afternoon.

Denver will travel east to face off against the division foe for the second time this season. The last time the two teams faced each other, Kansas City bludgeoned the Broncos, 30-6.

The Chiefs have already clinched the AFC West division crown, and have been one of the better teams in the conference once again this season.

Quarterback Patrick Mahomes has been sharp since returning from injury and will look to lead his team to their 10th victory of the season.

That said, the Broncos will come to town winners of two straight, and fresh off a road upset versus the Houston Texans. Denver’s newfound success stems from the transition to rookie Drew Lock at quarterback.

Lock has been a star in his first two NFL games and now will return to his home state to try and defeat his childhood team.

Like many people who watch football on Sunday, playing daily fantasy and props can enhance the beauty of a football Sunday.

Denver Sports Betting has partnered with Monkey Knife Fight to provide our readers with the best site to enhance your football experience.

Monkey Knife Fight is the fastest growing fantasy sports site on the planet, featuring Fantasy Prop Games, where you can win REAL money.

If you signup using Denver Sports Bettings link and use the promo code “DSB50”, you’ll get a $50 match on your first deposit at MonkeyKnifeFight.com.

Let’s take a look at some of the prop games available for Sunday’s matchup between Denver and Kansas City. 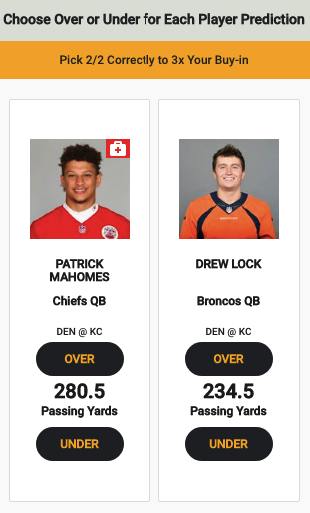 The under is an interesting play here for Mahomes, given the potential for stormy weather and his track record the last few weeks. Mahomes has thrown for an average of 213 yards per game over his last three contests. That said, he did eclipse 280 passing yards last week versus a strong New England Patriots defense. Additionally, Mahomes has thrown for over 280 yards in six of the 10 games he has played in.

Lastly, the Broncos boast one of the best secondaries in the league, allowing an average of 215.9 passing yards per game, which ranks 6th in the league.

In his two career starts, Lock has thrown for a total of 443 yards, including 309 in last week’s victory versus Houston.

Lock, a native of Missouri, grew up rooting for the Chiefs, so there is some added emotion attached to this game.

The Chiefs have allowed an average of 227.2 passing yards per game this season. Lock has looked nice so far for the Broncos, but he has yet to hit a rookie wall, which is substantial heading into Arrowhead Stadium.

Here’s a look at some of the other options Monkey Knife Fight has to offer for Sunday’s game. 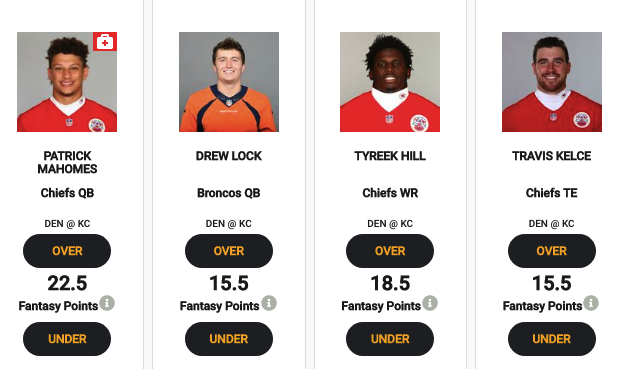 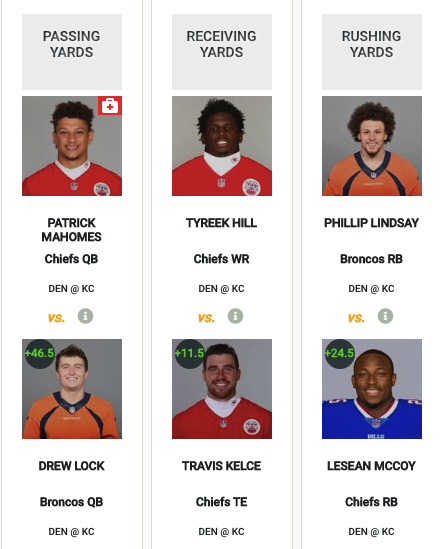