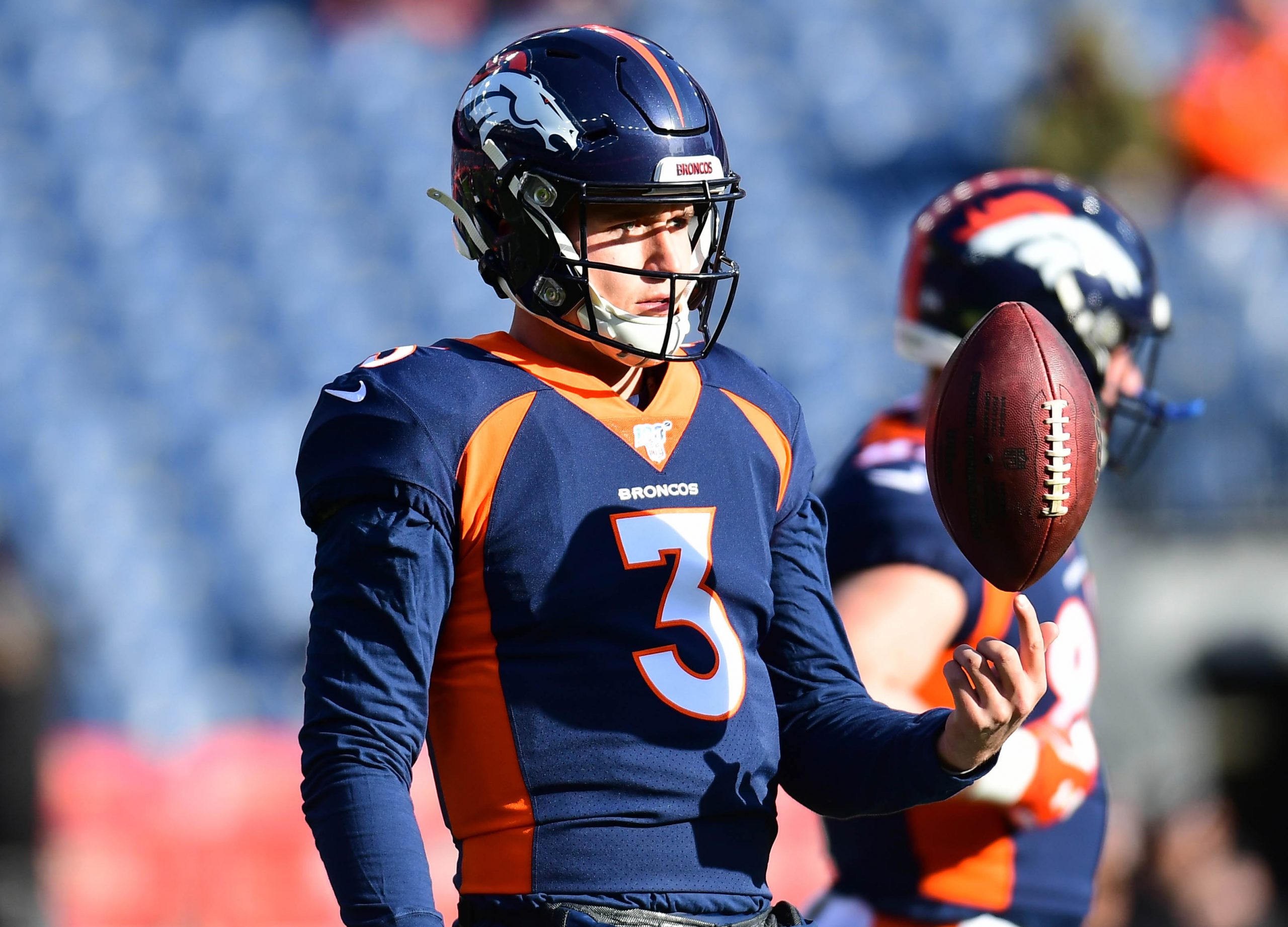 The Denver Broncos are set to battle the AFC West division-rival Kansas City Chiefs Sunday. It will be a homecoming game for Broncos rookie quarterback Drew Lock.

A “True Son” of Missouri

Drew Lock is known as a “true son” by residents of Missouri.

Lock grew up in Missouri and decided to stay in-state to play college football. To be considered a “true son” you must be born in Missouri, and ultimately play for the university. Not only did Lock grow up as a Mizzou fan, but also a die-hard Kansas City Chiefs fan. Lock grew up rooting against the Broncos, and now he will wear the orange and blue in hopes of coming out of Sunday’s game victorious against his favorite childhood franchise.

Lock is originally from Lee Summit, Missouri, where he attended Lee’s Summit high school. Lock was named Kansas City All-Metro player of the year passing for over 2700 yards and 28-touchdowns during his senior season. Lock was a four-star recruit out of high school, according to Rivals.com, and was ranked the sixth-best pro-style quarterback in the country.

Despite having offers to play quarterback from Texas, Ohio State and Ole Miss, Lock chose to play for Coach Barry Odom and his hometown Missouri Tigers, making him a true son.

Lock was selected in the 2nd round of the 2019 NFL draft by the Broncos after a historic season in the SEC.

Lock finished his junior year at the University of Missouri with an SEC record 44-touchdown passes. The Missouri Tigers started the season 1-5, but the leadership and poise of Drew Lock helped lead them to a bowl game and a record-breaking season.

That stellar season resulted in Lock being named first-team All-SEC.

This Sunday, Lock will start his third game in the NFL. Last week, Lock was terrific throwing for over 300-yards and three touchdowns in his first road start in a win against the Houston Texans.

Lock was the first NFL rookie quarterback ever to accomplish that feat.

However, this Sunday is special as he competes against his hometown Chiefs for the first time.

Lock’s father, Andy, expects about 50 family and friends to attend the game in support of his son.

Lock has played and won at Arrowhead Stadium before, beating BYU in college during his true freshman year. Now, as a true freshman in the NFL, or rookie, Lock is attempting to deliver that same result beating the Chiefs on their own turf.

Lock will have to maintain his emotions as the Broncos are 10 point underdogs on the road in Kansas City. Denver has won two games in a row since Lock was named starting quarterback.

Should Lock go on the road to his hometown and grab a win, it will go a long way in solidifying his case to be the Bronco’s quarterback long term.

The Broncos have not beaten the Kansas City Chiefs in over three years.

Peyton Manning was the starting quarterback the last time the Broncos beat the Chiefs. The Chiefs have been a major thorn in the side of the Broncos for a while now, and what better player to help the Broncos turn the narrative around than a “true son” of Missouri.