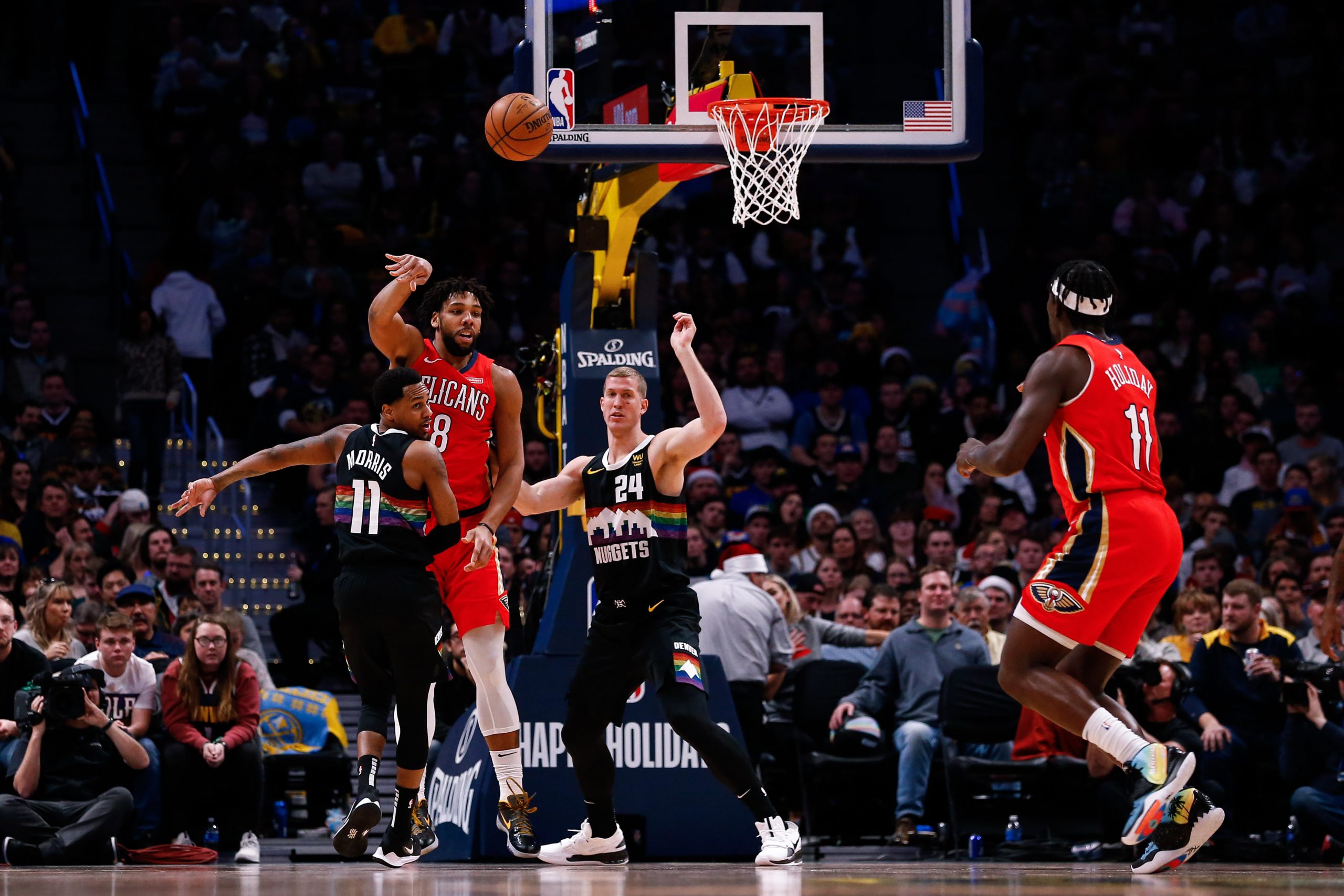 The Denver Nuggets are 0-2 against the New Orleans Pelicans, 0-2 in their new black “city” uniforms and just 3-4 on nationally televised games this season.

Even with a 21-9 record, the Nuggets have provided national critics more than enough ammo to doubt this team’s championship aspirations. The Nuggets have been playing well lately, but if you’re not in the city of Denver, you might not have noticed based on their nationally-televised performances. The Pelicans defeated the Nuggets on Halloween 122-107 and now on Christmas 112-100, both on TNT, both without Zion Williamson. It’s frustrating given the fact the New Orleans has less than ten wins this season.

Before the highly anticipated Christmas day home game against New Orleans, the Nuggets were off to their best start in franchise history. At 21-8, riding a 7-game win streak, things were looking bright for the Nuggets despite negative criticism from national media pundits.

How the Grinch stole Christmas

All the positive momentum paused Christmas night, as the Nuggets let the Pelicans earn a double-digit victory on their home floor. The loss at Pepsi Center was Denver’s fourth of the season, and it’s only December 27th, which is a bit concerning.

It’s critical for the Nuggets to keep the mystique of Pepsi Center being a tough place for opponents to win…. and breathe.

The Pelicans played harder than the Nuggets through and through.

New Orleans out-rebounded Denver 52-40. Even Jrue Holiday was able to out-muscle Nikola Jokic for a pivotal offensive rebound in the 4th quarter.

Brandon Ingram was deadly from the field, scoring 31-points in 35-minutes, including 7-of- 9 from 3-point territory. Jamal Murray struggled for Denver shooting just 2-of-10 for eight points in 28-minutes. Holiday deserves most of the credit for locking down Murray. Holiday was a pest on defense, stealing the ball six times while being a threat on offense, scoring 20 points with eight assists. Derrick Favors also deserves praise for his defensive work on Jokic, who wasn’t efficient, scoring 23-points on 20-shot attempts.

Prior to the Pelicans defeat and the seven-game win streak, the defense was elite, ranking 2nd behind the Milwaukee Bucks.

During the win streak, the course shifted, and the offense started cooking, ranking #1 over the last seven games. Meanwhile, the defense dropped to 13th in defensive rating. On Christmas night, the defense failed the Nuggets, and the offense couldn’t produce enough points to win the game.

So far this season, the Nuggets were able to rely on their defense to carry them to wins when their shots weren’t falling. Wednesday night was the best of both worlds for New Orleans, as the Nuggets played stretches of sloppy basketball on offense and undisciplined defense, which led to open looks at the basket.

The defense failed against the Pelicans primarily due to the change of pace. The Pelicans are the fastest-paced team in the NBA, while the Nuggets are dead last playing at the slowest pace.

Denver let New Orleans control the tempo by running every opportunity they had. Whether the Nuggets made a shot or missed, the Pelicans were grabbing the ball and flying up-court for open transition 3-point attempts and easy looks at the rim. Head Coach Alvin Gentry of the Pelicans, called the altitude advantage in Denver, “overrated,” which is the very thing that intimidates most opponents playing in Denver.

The Nuggets have struggled to adjust to teams that play at a high-tempo, even though Denver has athletes that theoretically could thrive better in that style of play. The silver lining is this is more of a regular-season problem. These losses hurt in the western conference rat race, but the Nuggets are more concerned about the playoffs preparing for “playoff-style basketball.”

The pace slows down in the playoffs, which is what Michael Malone is preparing the team for. Defense and the half-court offense is the formula that could win the Nuggets a championship if they’re able to reach their ceiling as a group.

The Nuggets are still in great shape, sitting as the 2nd seed in the Western Conference playoff picture.

The Nuggets have struggled on the big stage, which doesn’t help their popularity, but I still believe it’s vital the Nuggets struggle now so that they can peak at the right time before the playoffs.

Michael Malone is still playing as many as ten players on any given night. Malone is still experimenting with the lineups, seeing who fits where, who plays better with who and ultimately who’s going to become apart of the playoff rotation.

Denver still has favorable opponents on their schedule, starting with Minnesota Saturday afternoon.

I just hope the Nuggets show a bit more fight on the national stage, so people outside of Denver could get a glimpse of what we see on a nightly basis.