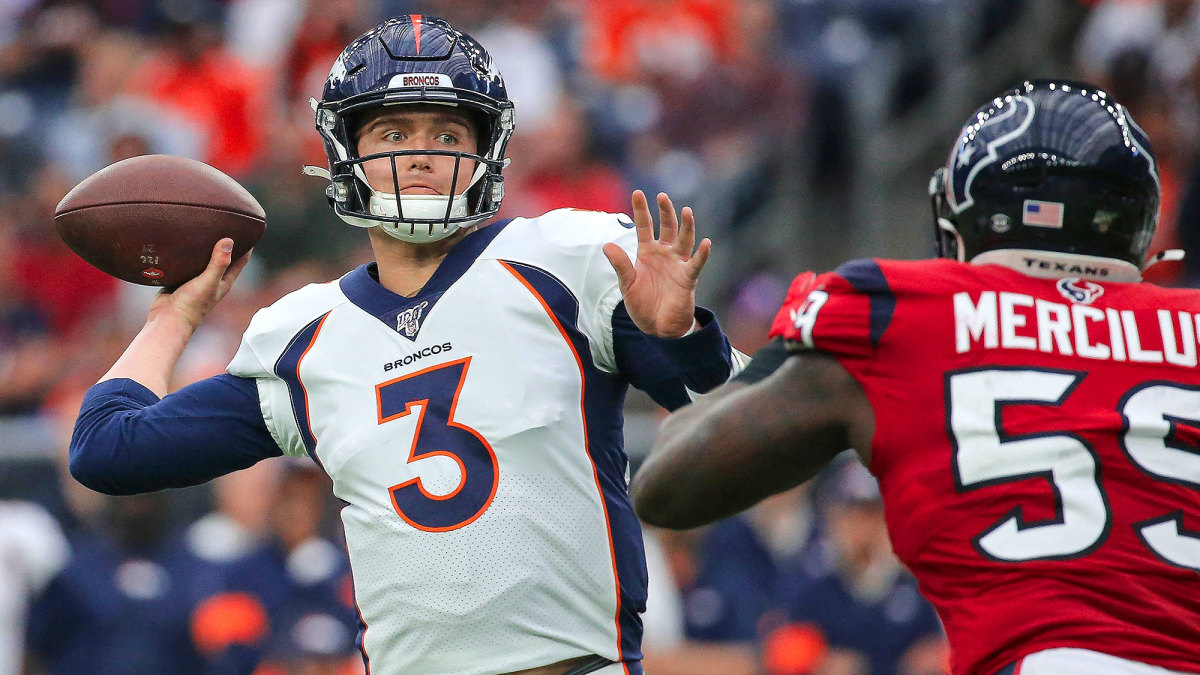 The Denver Broncos are headed to Arrowhead Stadium to take on the Kansas City Chiefs in an AFC West matchup on Sunday. Both teams are riding small winning streaks and are looking to ride the momentum of the wins deeper into the season.

The Broncos have been one of the most surprising teams in football over the last two weeks, and I think that may have a big impact on the betting market. The Chiefs are -9.5, which I think is a fair line, but I expect the public to be pretty scared of such a big line after getting burned hard by the Broncos last week.

Rookie Drew Lock has taken the reins of the offense, and in his first game, he struggled a bit to find a rhythm but was able to lead the Broncos to a three-point victory over a talented Chargers team. His second start was very different and very unexpected. Lock led the Broncos into Houston and threw the ball all over the yard with elite efficiency and dropped 38 points on the Texans.

I am really curious to see how Lock performs in this game in a very tough environment that is likely cold and very hostile towards young quarterbacks. Lock definitely looked a lot more comfortable in his second start, but I am still unsure if that was his overall confidence or the effect that the situations had on him.

I don’t think that the Texans respected Lock and the Broncos’ receivers very much, and their lack of pressure on the rookie quarterback really hurt them all day long. You cannot allow five different receivers to have receptions of 25 yards or more in a game and expect to win. That is just horrible for any defense against any team.

This doesn’t even consider the fact that the Broncos’ clear top receiving threat, Courtland Sutton, had just five catches for 34 yards with a long of 11. That is dreadful in every aspect, and I don’t think we can assume that this will happen again. I think that this game should have a big impact on Lock’s confidence moving forward, but I think that this can work both ways.

Lock is generally known as a gunslinger who struggled with interceptions and decision-making at times in college while looking for the big play. While this isn’t always a bad thing, I am concerned that this increase in confidence may cause Lock to fall into these playmaker tendencies, which could result in throws that are low percentage and really risky.

It is definitely possible that Lock continues playing well, but I do think that the risk-taker may show up a bit more in this game than the coaching staff would like.

The Kansas City offense had a lot of success through the air against the Broncos in their last meeting, especially before Patrick Mahomes got hurt, as he went 10 for 11 with a touchdown before having to come out of the game.

While you wouldn’t expect this performance from the Broncos defense too much, I do think that the Chiefs will have a lot of success here due to their speed.

The Chiefs have consistently performed really well against elite defenses over the last year and a half, and I believe that a lot of it has to do with their overall team speed. Even when elite teams play the Chiefs, they struggle to defend guys like Tyreek Hill, Mecole Hardman, and Sammy Watkins in one-on-one coverage simply because their corners are not fast enough and Mahomes has one of the best arms in football.

This combination allows for the Chiefs to exploit matchups that other teams find very difficult, and I think that is the most likely outcome here.

I like the Chiefs here because I expect Broncos turnovers and a lack of defensive pressure from Denver. The Chiefs should not struggle to move the ball too much in this spot, and I think that making Lock play from behind will cause more bad decisions than we have seen in the last two weeks with him at the helm.

Don’t forget to check back at Denver Sports Betting for all the news on the Broncos and all your favorite Denver-based teams. We also keep you up to date on all the news about sports betting coming to the state of Colorado.