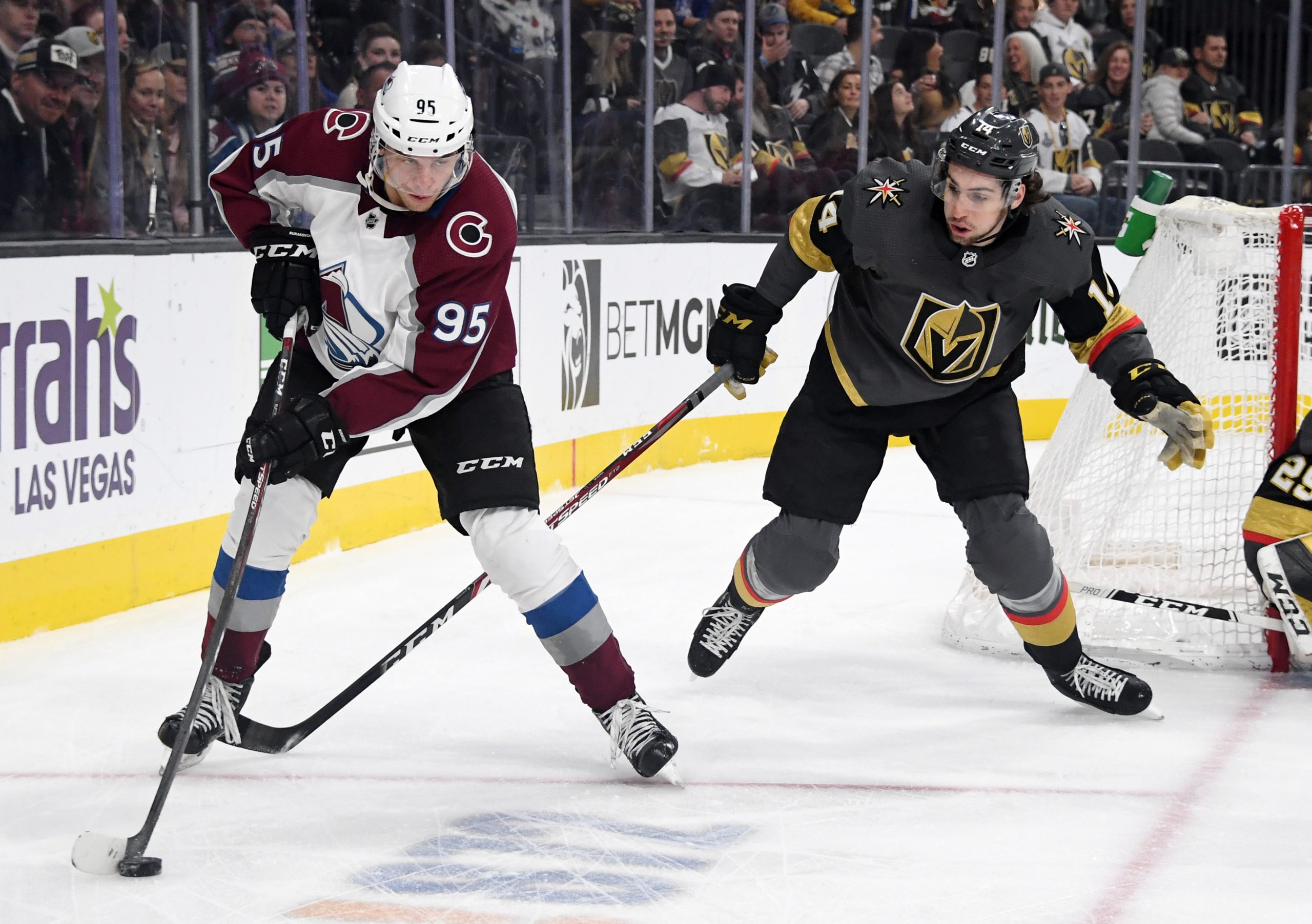 The Colorado Avalanche went into Christmas on a high note, getting back in the win column with a 7-3 drubbing of the Golden Knights. Now they return from the short break with back-to-back games, one home and one on the road, in an attempt to catch the St. Louis Blues for first place in the Central Division.

Here is a look at the weekend ahead for the Avalanche, along with some predictions.

The Avalanche had a chance to gain some ground on St. Louis on Dec. 16 but fell to their division foes 5-2. They bounced back nicely with a 4-1 win in Chicago against the Blackhawks. Then Colorado returned home, but it was an unwelcome return, with back-to-back losses against the Hurricanes and Blackhawks. But the Avs were able to respond with a big win over the Knights, their second win in five games.

On Monday against Vegas, Colorado had some help from its secondary scorers. Nazem Kadri and Pierre-Edouard Bellemare each had two goals, while Valeri Nichushkin pitched in with a goal and an assist.

Of course, the stars have played a big part in Colorado’s last few games as well. Mikko Rantanen has three goals over the last five games, while Nathan MacKinnon has five points in his last five, four of which have come via assist.

On Friday night, in the first game of the back-to-back, the Minnesota Wild come to town. Minnesota has also lost three of its last five but is coming off of a 3-0 win at home versus the Flames.

Led by veterans Eric Staal, Zach Parise and Ryan Suter, the Wild are 15th in goals with 3.08 but average the third-fewest shots with 28.7. They’re also 21st in power-play percentage with 17.4.

Defensively, Minnesota allows 3.29 goals per game, 28th in the NHL. The Wild are also struggling to kill penalties, ranking 25th at 77.1 percent.

The following day, the Avalanche travel to Texas to take on the Dallas Stars. Dallas has dropped two in a row, losing by a combined score of 12-5. The Stars have continued to have struggles on offense, ranking 25th in goals with 2.61 and 22nd with 30.6 shots.

They’re also successful 16.8 percent of the time on the power play, 23rd in the NHL.

However, the Stars are among the league’s best defensive teams. Dallas is allowing the second-fewest goals per game with 2.5. It’s also 12th on the penalty kill with a respectable 82.3 percent success rate.

The Wild got the better of the Avalanche back on Nov. 21, winning 3-2. This time around, I’m picking Colorado to get its revenge. Minnesota struggles on the road and also struggles defensively, so I expect the Avalanche to come alive and add another “W” to the win column.

However, the following day, I expect it to be a little bit more challenging. The Stars are a good home team and have an elite group of defensemen. I will pick Dallas to take the second game of the back-to-back, finishing a busy weekend for the Avalanche ahead of the new year.

Make sure to check back on Denver Sports Betting for all of the news on the Avalanche and all of your favorite Denver-based teams. We’ll also keep you up to date on sports betting coming to Colorado.