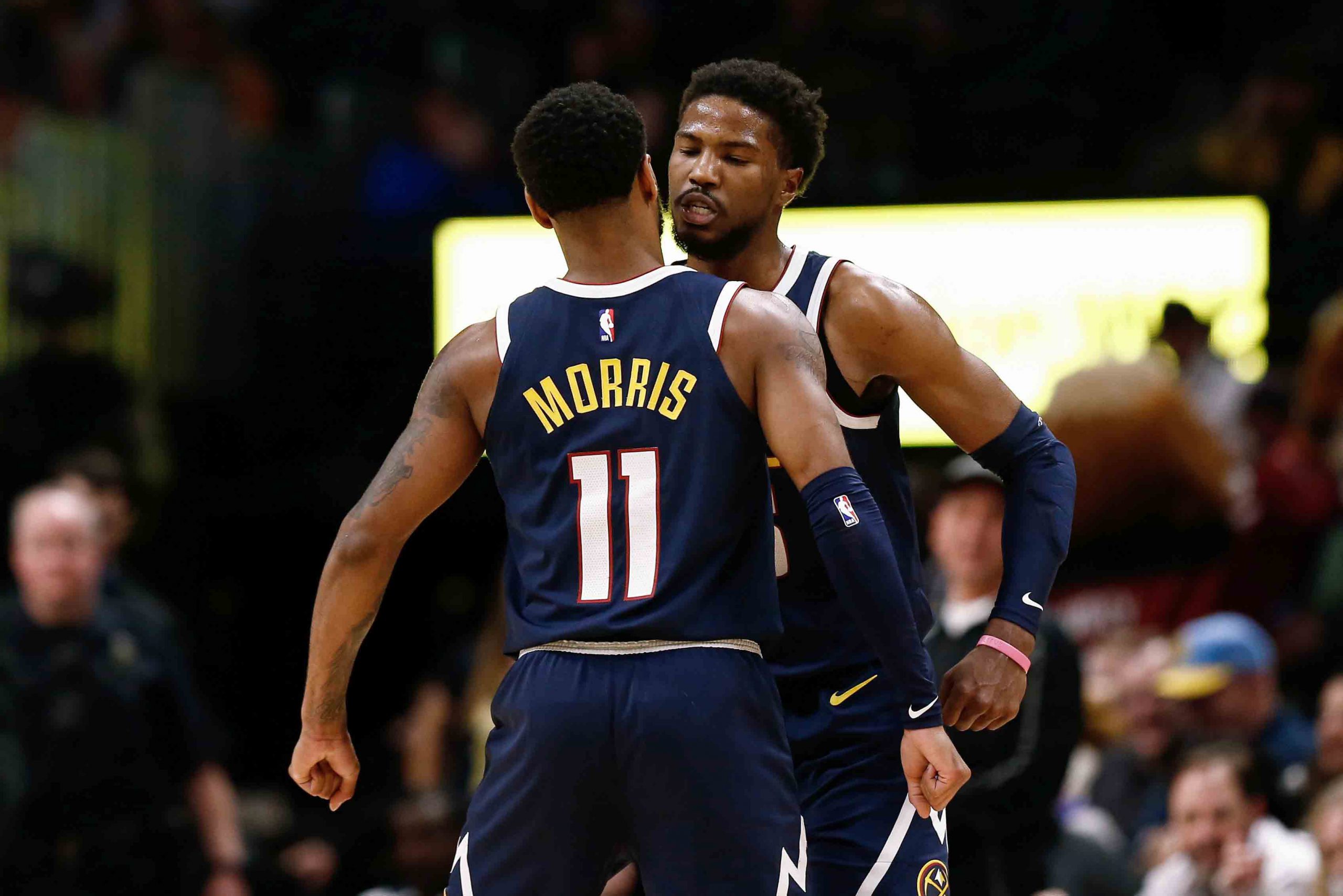 The Denver Nuggets have hit their stride lately, winning 9 of their last 10 games, including five straight overall. The Nuggets are currently 12-3 and the two seed in the competitive Western Conference.

The Washington Wizards come to Denver to begin a four-game west-coast road trip after losing to the Sacramento Kings at home Sunday evening.

Local media and national talking-heads criticized Denver on their lackluster play early this season, but the Nuggets are still winning games, just in a different fashion than last year. The Nuggets come into Tuesday nights game (Nov 26th) against the Washington Wizards with a 107.6 offensive rating which ranks 17th in the NBA, and a 102.6 defensive rating which is tied for 1st in the NBA.

Coach Michael Malone has seemingly changed the identity of this Nuggets team by slowing down the pace and playing tough, disciplined defense. Michael Malone has a history of taking “rage time-outs,” which typically comes from not communicating on defense or lazy effort. It’s time-outs, and moments like these that are keeping the Nuggets engaged defensively, Malone is making sure the defensive effort remains at a high level. Malone refuses to let the Nuggets defense fold, even in blow-out Nuggets victories.

Malone and the Nuggets staff are molding a team built to win in April come playoff time with defense being the primary weapon. If the Nuggets want to avoid the upset from the Wizards, they must be focused and play with the same intensity they played with against Houston and Boston last week.

This young Washington Wizards team posses a 113.6 offensive rating, which ranks 2nd in the NBA. Bradley Beal, who was the subject of tons of Denver Nugget trade rumors this summer, is averaging a career-high 29.6 points per game shooting 47.6% from the field.

The Wizards also acquired Isaiah Thomas, who spent time in Denver last season. Thomas brings tremendous leadership to the Washington Wizards organization, and his game on the court has improved from last year, averaging nearly 13 points, and 5.6 assists a game.

Rookie Rui Hachimura has been a solid contributor as well, averaging 13 a game and nearly six rebounds playing excellent defense as a rookie.

The Wizards are still missing $171,million-dollar man John Wall and big man Ian Mahinmi, but they are coming to Denver confident and hopeful to begin their road-trip on the right note.

As mediocre as the Wizards roster seems, they are not a bad team. The Wizards are 5-9, which is good enough for one game outside the eastern conference playoff picture.

The Nuggets also have a history of playing down to their opponents, losing games at home that should be victories. During the 2018-19 season, the Nuggets dropped home games to the Brooklyn Nets, New Orleans Pelicans, and this same Washington Wizards team. After playing so well the last few weeks, it’s important the Nuggets don’t lose momentum by dropping a game to Washington at home. As exceptional as the Rockets and Celtics wins were last week, losing a game to the Wizards tonight could really put a damper in what Denver had rolling previously.

You should feel more confident in this year’s version of the Nuggets because their effort on defense can carry them to a win. The Nuggets offense seems to go to sleep for stretches throughout each game, but players like Paul Millsap and Will Barton III, have consistently been present to carry the offensive load at times.

Paul Millsap is averaging 14.5 points per game, including a surprising 50% 3-point percentage, which ranks 3rd in the NBA. Millsap’s calmness and veteran presence have been a staple in the early success of the Nuggets. Millsap has also been the Nuggets’ best low-post defender. Millsap has the ability to bang in the post with bigger forwards as well as being able to switch out on guards, defending them on the perimeter.

The same is the case for Will Barton III, who has been Denver’s most consistent wing-player this season. Barton III struggled last year and received significant criticism from the Nugget fan-base. The criticism was fair, but mainly due to a hip injury that sidelined Barton for a third of the season. It was Barton’s first surgery of his life (literally), which caused him to battle all season to find his rhythm and lift in his jump-shot and finishing at the rim. Barton III is now 100% healthy, and his play on both ends of the court has been vital in the Nuggets 12-3 start.

It’s tough to call the Denver Nuggets a veteran team because they still remain one of the youngest rosters in the association. Still, the experience of playing 16 playoff games last year and their continuity is a factor that should pay-off in a potential trap-game tonight against the Washington Wizards.

The Nuggets are -10.5 tonight against the Wizards, and the over/under is set at 228.

I love Denver in this contest, but betters should be hesitant to take Denver at -10.5.

Through the first 13 games this season, the Wizards have averaged over 120 points a game, including scoring over 130 three different times. The Wizards offense sputtered Sunday night against the Kings, so they’re looking to get back on track scoring at a high rate against Denver on the road. If the Nuggets aren’t clicking on offense, look for Washington to keep the game relatively close into the 4th quarter.

The Nuggets also haven’t shown the ability to blow anybody out at home so far this season, and the Wizards have one of the five best guards in the NBA in Bradley Beal.

Beal can get hot and drop 40+ on any given opponent, and that is reason enough to shy away from picking against Washington to cover the spread. Isaiah Thomas is also coming back to Denver, where he spent the majority of last season rehabbing. A motivated Isaiah Thomas is also a dangerous weapon on the floor and shouldn’t be taken lightly.

The over/under is set at 228, and I would highly recommend taking the under in this match-up.

The Nuggets don’t seem to “get-up” or be motivated for opponents like Washington, and the Nuggets defense should put a dent in that high-powered Washington offense. Denver continues to play at a slow pace refusing to let higher tempo teams control the pace by getting out and running. The Nuggets aren’t interested in any track meets this season, and I predict the same for tonight against Washington.