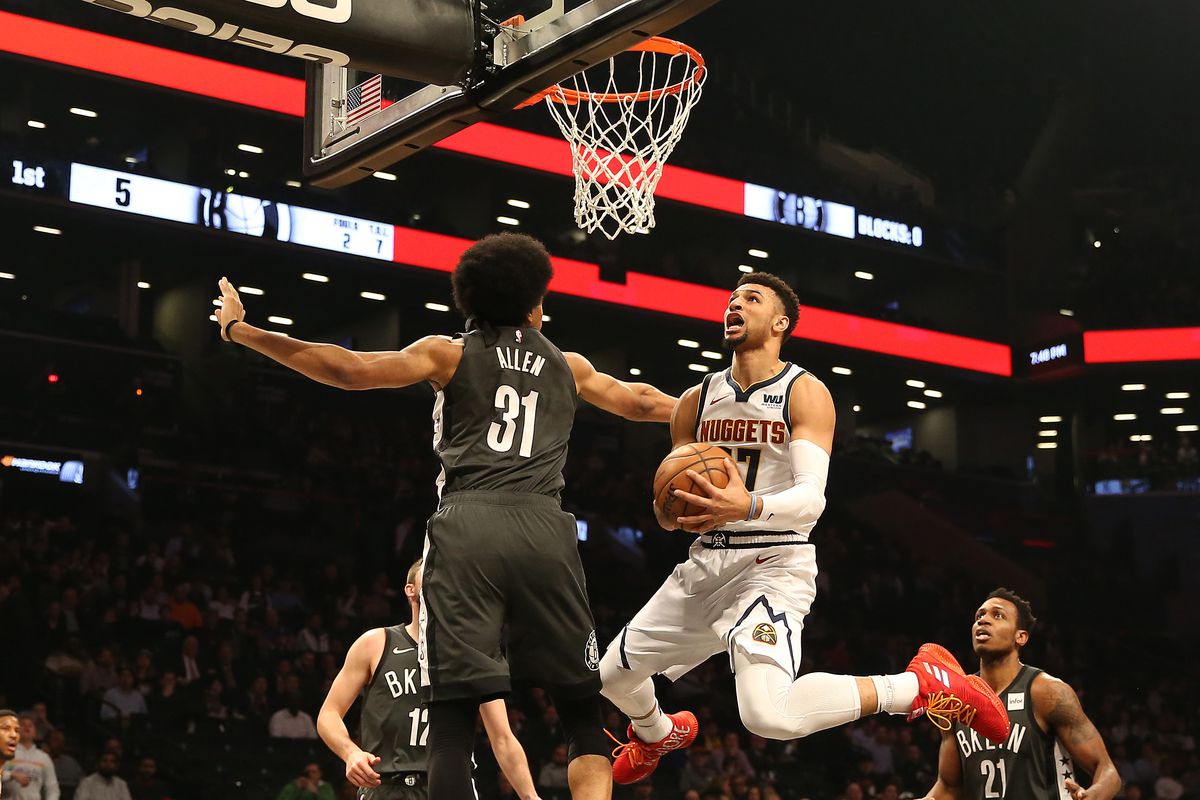 The Denver Nuggets (7-3) are set to battle the Brooklyn Nets (4-6) Thursday evening at Pepsi Center. Tip-off is set for 8:30 P.M. MST, and the game will be broadcast on TNT.

The Nuggets will get back to work after the Atlanta Hawks thrashed Denver on their homecourt. Not only did the Nuggets fail to cover the spread (-11), they lost the game straight up, 125-121 to a young, tenacious Hawks squad.

The Nets made headlines this offseason when they lured both Kevin Durant and Kyrie Irving to Brooklyn, making them instant contenders in the Eastern Conference.

Despite their offseason moves, Brooklyn has struggled out of the gate this season with a sub .500 record. Additionally, there have been some growing pains with Irving and the rest of the squad that has limited the Nets potential early on this year.

The Nuggets opened as -7.5 point favorites, but that number has since jumped to -8.5 with 60% of public money funneling towards Denver.

The Over/Under is set at 222 after opening at 225.5, movement that is reflective of two teams that have endured growing pains out of the gate this season.