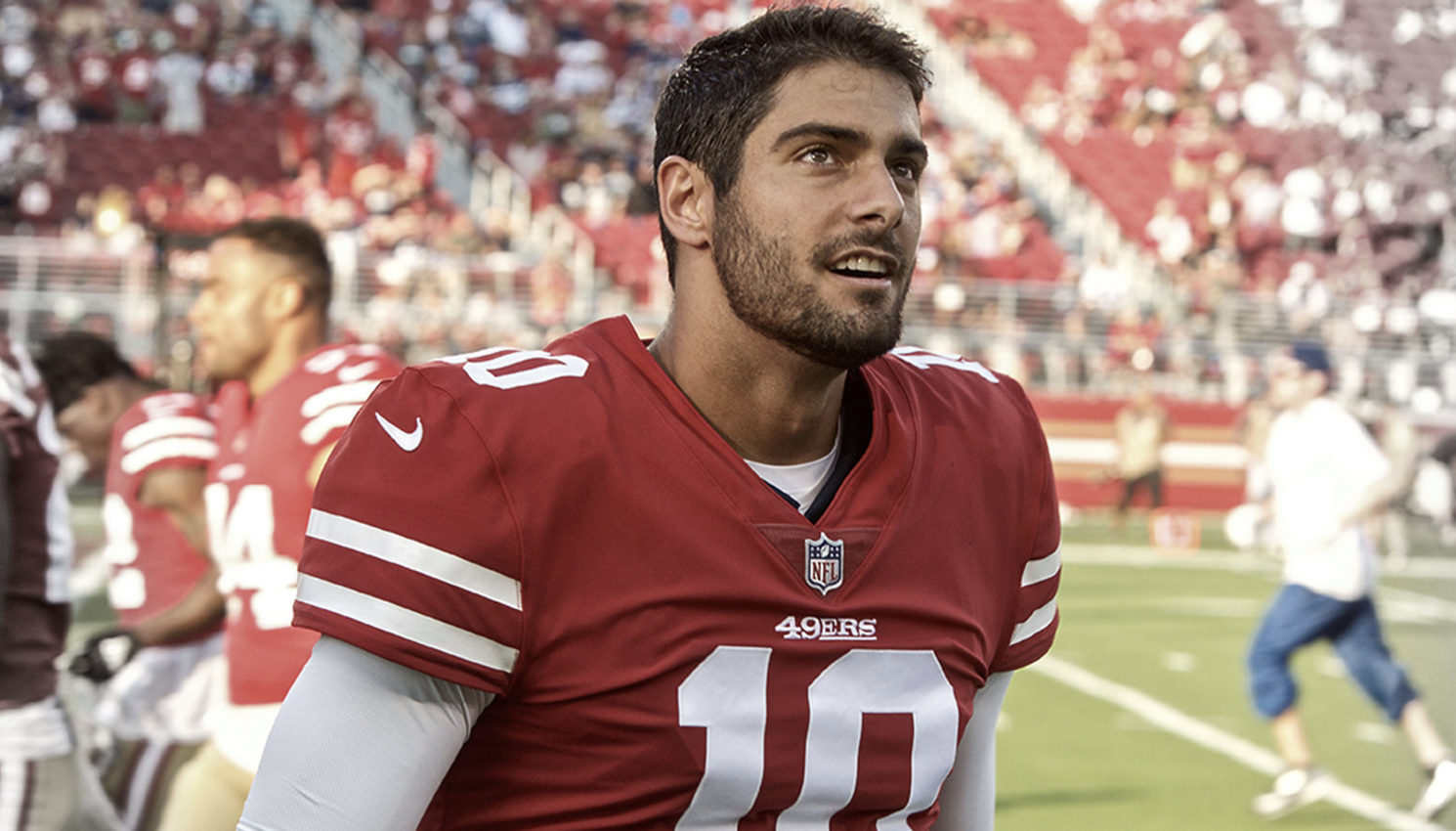 Can you believe it’s already week 13 in the NFL?

I certainly can’t and so far it’s been my best year yet as a regular sports bettor after making the transition from daily fantasy sports.

At one point I was ranked in the top 2% of daily fantasy sports tournament players but eventually burned myself out and transitioned into betting sports full time.

I was so burned out from juggling a full-time 9 to 5 day job, growing my daily fantasy sports website, managing 12 different bloggers, researching DFS, writing about DFS, and building lineups all week for DFS.

Eventually, I sold my website, cashed my money out of Fanduel where I played the most, and walked away! And I’m glad I did because betting sports is so much more fun than fantasy and I think will prove itself to be way more profitable as well.

You can check out some of my biggest DFS scores here but also feel free to tweet at me to talk more about the transition. If you want to learn how to bet sports, check out the sports betting guide I wrote.

Enough about DFS, lets breakdown my top picks for week 13. I will warn you that they aren’t for the faint of heart.

I’m not a big favorites bettor and often look at games in a completely different light than most people out there. I find value in contextualizing statistics better than most bettors out there, finding sports to bet against the public, and understanding betting psychology and how it fucks with public perception.

I’m more excited about this game than any other that I can remember over the last 5 years. Before I jump into my analysis, let’s compare these two teams side by side.

All stats are taken from Football Outsiders.

Lamar Jackson is incredible but lets put all of these factors into perspective. The 49ers offensive numbers are concerning upon first look when comparing them to the Ravens but they really aren’t.

Because the 49ers have found ways to win without both starting left tackles, a less than a 100% Emmanuel Sanders who’s still learning the playbook, without George Kittle (their offensive focal point), and without Matt Breida. West Coast to East Coast thing is for real but is minimized when it’s a talented, well-coached team, and maximized if it’s a bad, poorly coached team.

The 49ers are an all-time great DVOA defense playing against a team that just lost their starting center who also love to use a power run game. Offensive line play is oftentimes underrated by the public but losing a starting center in such an efficient offense is a huge deal. Vegas sets lines for multiple different reasons but one of the biggest is to play into public perception.

Most people AKA the public, are losing sports bettors, so it would benefit you to find spots to bet the other side. In this case, you’re talking about an extremely talented, well-coached team, as +6 underdogs on the road. Unless you think the West to East Coast travel thing is worth almost a touchdown you should be betting the 49ers +6 and the ML.

The 49ers are 100% healthy on offense as well besides Joe Staley which hasn’t happened in weeks.

The forecast calls for 100% rain in Baltimore so shouldn’t that favor a run-first team like the Baltimore Ravens?

Yeah, it should but it should also favor a run-first team in the 49ers. Kyle Shanahan and his family are notorious for squeezing the most production out of their running backs and while they are ranked 19th in rush offense, Matt Breida has been out! Additionally, the Ravens are ranked 24th in rush defense so I expect Kyle to run straight at them.

If the 49ers can stop the Ravens rushing attack then their number 2 ranked pass defense should be able to take away Lamars passing lanes. Lamar could very well break free for a 50-yard touchdown run breaking the backs of the 49ers defense but the 49ers also have the defensive front 7 to prevent this from happening.

The last thing I would like to point out is a potential offensive regression. The Ravens are coming off of an insane and historic 3 game offensive performance. Ask yourself what the odds are that they can replicate this against an all-time great DVOA defense? And while the Ravens were very impressive against the Patriots defense, the Texans are a joke on that side of the ball even when JJ Watt was playing and the Rams gave up 50 points to the Tampa Bay Buccaneers earlier this year.

If you don’t like my picks check out my prop plays on Monkey Knife Fight. If you signup using Denver Sports Bettings link and use the promocode DSB50, you’ll get a $50 match. For this game, lets figure out who will pass for more yards – Jimmy Garappolo or Lamar Jackon? 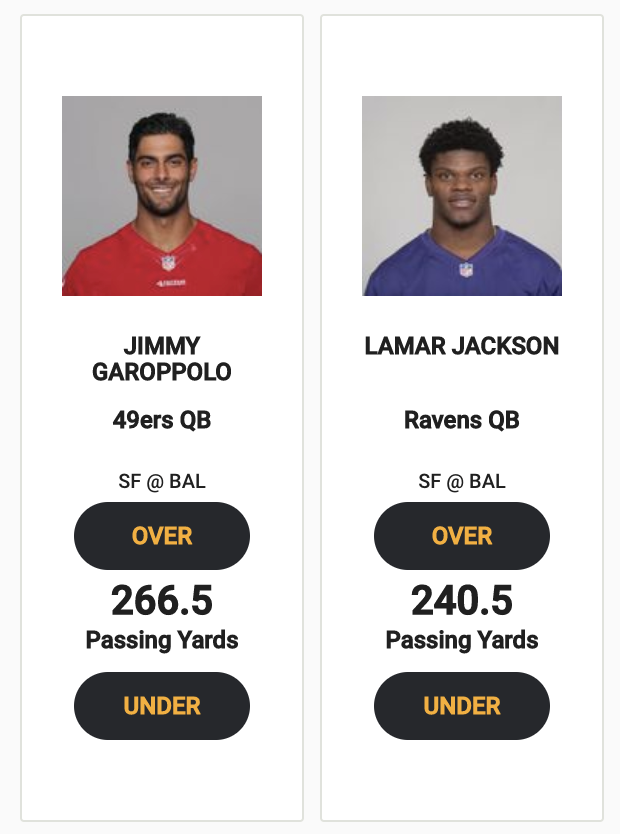 With the rain forecast I would lean under with both players and especially Lamar. Russell Wilson struggled passing against the 49ers and he’s a more polished passer than Lamar Jackson is at this point. Additionally, both teams main weakness on defense is their rush defense so I expect both teams to try and exploit this.

I also expect Lamar to come back to Mars just a bit because his numbers have been so insane! As far as Jimmy G goes I would say go under as well.

However, with all his weapons back, I’m going to be contrarian here and pick the over in the rain!