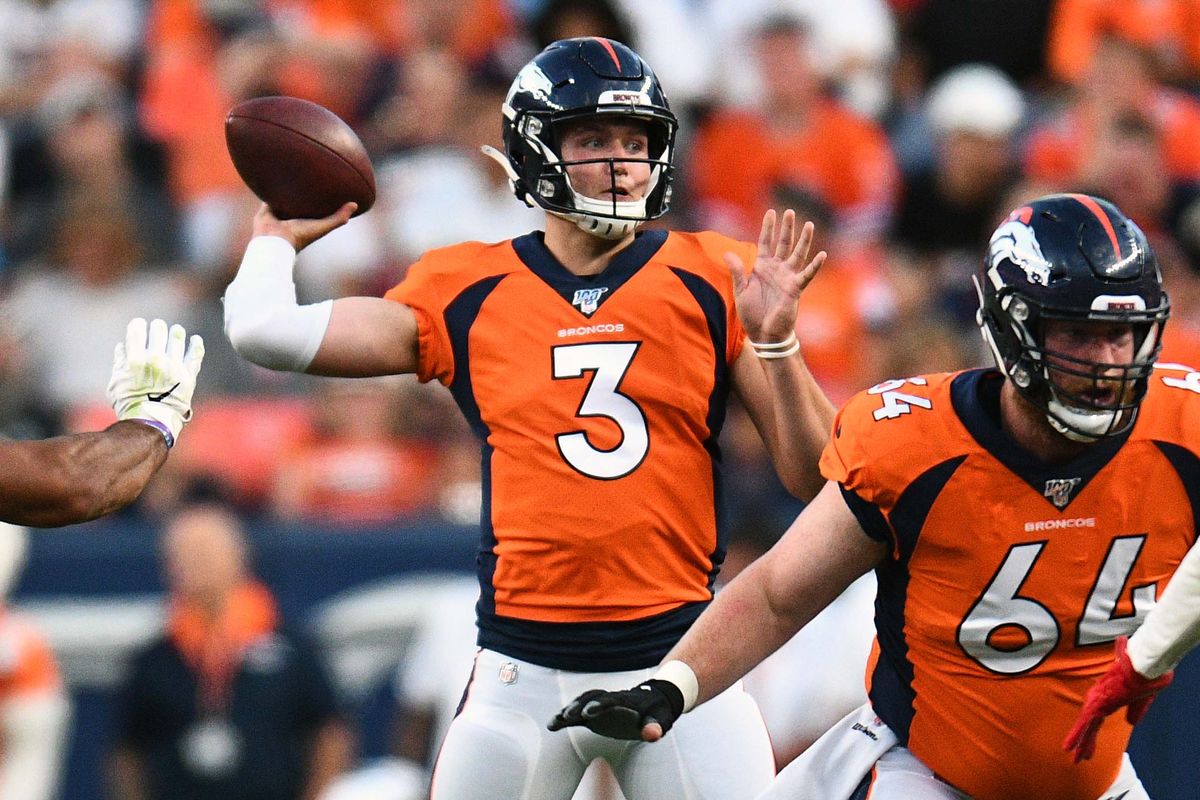 The Los Angeles Chargers are headed to the Mile High City to take on the Denver Broncos in an AFC West matchup in Week 13 on Sunday. While neither of these teams is technically eliminated from playoff contention right now, it would take a miracle for either one to salvage their season with a postseason berth at this point.

This leads directly to the news surrounding Denver that Drew Lock will likely be the quarterback this week. While we have not seen concrete confirmation to this point, coach Vic Fangio said that Lock would be getting 75 percent of the first-team reps this week. That would be really strange to implement without making Lock the starter immediately.

Since Joe Flacco was hurt, the Denver coaching staff has said that they saw a change in Lock’s demeanor, and he has looked much better in practice over the last two weeks. While this is not a great matchup for Lock’s first start, his presence should bring a little energy to a fan base and team that are not too happy with the current state of the team.

The Chargers have been one of the most disappointing teams in the NFL this year, and it has come from a combination of underperforming their talent level along with injuries. The Chargers flash in games and even throughout games, but they have not put a consistent product out on the field all season.

Philip Rivers is having one of his worst seasons as a pro in an offense with way too much talent to be struggling like they have. Rivers is getting up there in age, and I think that he will need to turn it around soon to prove to this organization and himself that he hasn’t fallen off. While Rivers has not been horrible, some of the plays he has made at the end of games are very troublesome for a team with a lot of talent.

The Chargers’ offensive line and secondary have both been ravaged by injury, the former of which would hurt Rivers’ effectiveness, but it’s not the only reason for the struggles. The Chargers have struggled to maintain drives, and they have struggled to take care of their elite pass rush on a consistent basis.

This pass rush is my main concern for Lock this week, as Lock is a gunslinger of sorts. If Lock is constantly being hunted down by Melvin Ingram and Joey Bosa all game, I expect to see some bad decisions from him.

It is also possible that we see the exact opposite from the rookie QB this week. In his first NFL start, there is a clear path to Lock getting constantly swarmed but trying to intentionally avoid making mistakes, which leads to an incredibly bad offense that never moves the ball. The Broncos need to focus on keeping Lock clean and slowing down the game for the young quarterback.

While this sounds easy enough, I still think that the most likely outcome is that we see some rookie mistakes from Lock. If we do get a Drew Lock -200 interception prop, I will not hesitate to hop on board.

The other prop that I like here is the over on Mike Williams receptions at 3.5. Keenan Allen should see a lot of Chris Harris, forcing Rivers to look at Williams more than he usually does.

The Chargers are three-point favorites on the road here, and I am going to rely on the talent of the road team to cover this spread. While I don’t expect either team to move the ball all day long, I think that the turnover margin will favor the Chargers, and that will allow them to cover here.

Check back to Denver Sports Betting for all the news on the Broncos as well as all your favorite Denver-based teams. And we’re also your source for all information regarding sports betting in the state of Colorado.