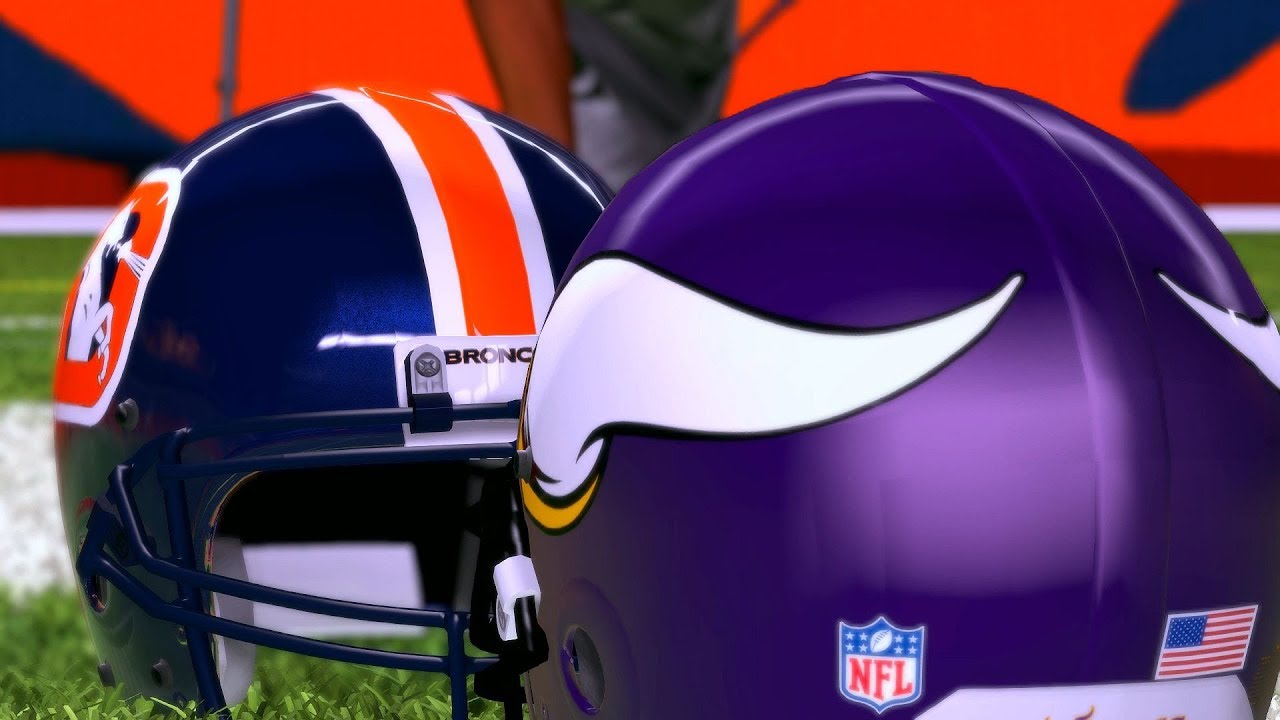 The Denver Broncos are headed to Minneapolis to take on the Minnesota Vikings in a game that features two teams heading in relatively different directions right now. The Vikings just won a close game in Dallas in primetime after losing to the Chiefs on a walk-off field goal. Before that game, the Vikings had won 4 in a row. The Broncos are coming off of a bye and a close win over the Browns, but their starting QB is out for the season and they are just 3-6 overall.

I am really curious to see how the Broncos play in this game and moving forward down the stretch. The Broncos are in a pretty bad spot right now at 3-6 because they are clearly not as bad as the worst teams in the NFL and they have virtually no shot at securing a top five spot because they are a little too good. However, at 3-6 and a tough schedule ahead, they also have very little hope to make the playoffs. This game could be a final stand, but even a win here doesn’t make me think that this team will make a run to the playoffs.

This is slightly important in this game and especially moving forward with the Broncos. You want to be careful about them punting games and getting younger players playing time because they are about at the point where losing every single game is the most beneficial outcome for them.

This game should be relatively slow and focused on defensive play, as these two teams have been notoriously good defensively for the last several years. That being said, I would say that neither is at their peak defensively, but the Vikings have done a much better job picking up the slack on the offensive end of the ball.

If Adam Thielen is out for this game. I like sprinkles on the over 2.5 reception prop on Irv Smith and the over 3.5 receptions for Dalvin Cook. I expect the Broncos to key on the run and on stopping Stefon Diggs in this game and they should be relatively successful in both aspects. This should make the Vikings call a lot of quick and easy passes to the tight ends and running backs.

I also like the odds on Dalvin Cook to score a touchdown at whatever they are listed at. Cook has been great this season and I expect him to see a TON of touches in this game. With a lead in the second half, I expect Cook to eventually sneak into the box for a touchdown. I expect his odds to be around -140 to -160 or so.

On the Broncos side of the ball, I think I want to fade the passing game as a whole, which is a bit scary in a game where you expect a team to trail throughout. Like I mentioned before, the Broncos aren’t playing for a whole lot and I don’t expect them to air it out 45 times in an attempt to make a desperation comeback in the second half. If they do jump out to an early lead, I LOVE the unders on the passing game.

You can get exposure to this in different ways like taking the under on completions for Allen which I expect to be somewhere between 18-20. I also like getting the under on someone like Courtland Sutton at 4 receptions on the day.

Overall, I like the under on this game at 40. Both teams should be content with running the ball and not getting into a shootout. When betting the under, I would likely take some action on the first half under as well, as I think that the Broncos should really struggle to move the ball early when they are playing with the game in reach.

This game is a stay away for me on the spread. 10.5 is way too big for a spot that I expect to be low-scoring, but I would not be surprised to see the game end 27-6. I lean towards the Vikings because of the Denver offense, but I will not bet it.

Nuggets look to get back on track vs Nets