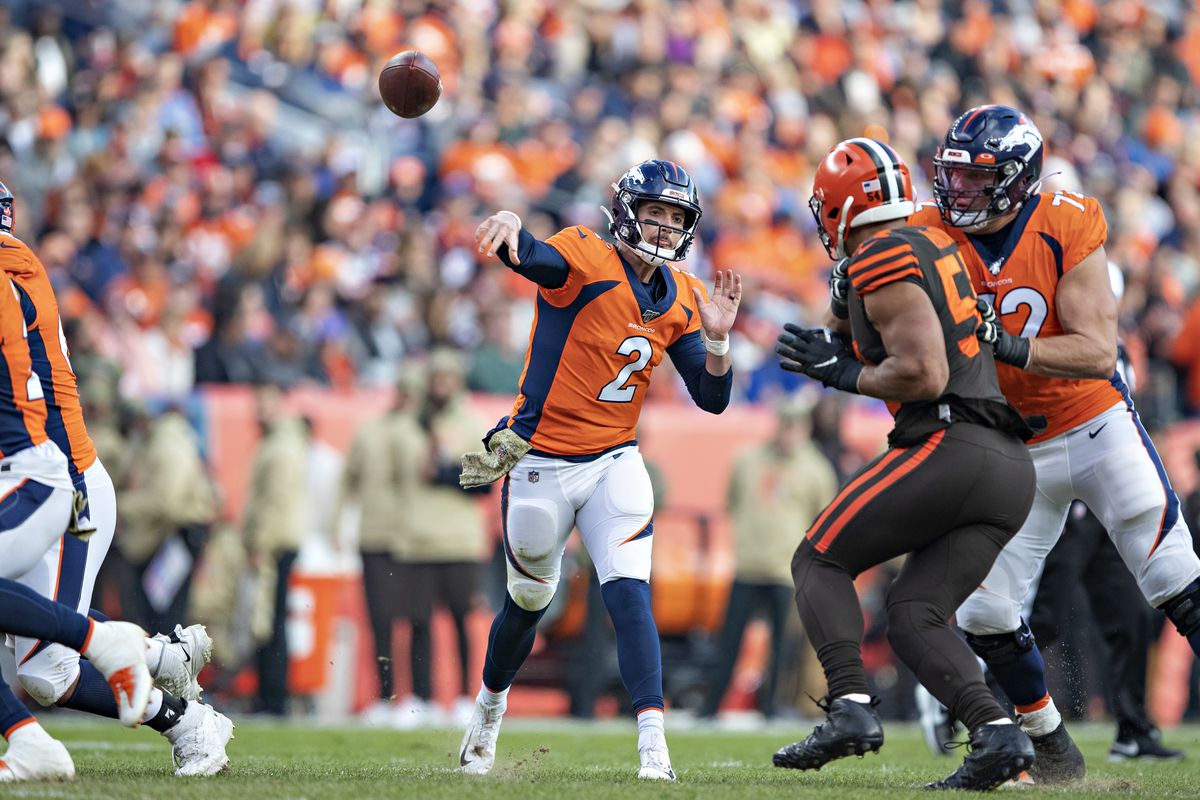 The Denver Broncos are traveling to Buffalo to take on the Bills in a 1 pm ET game on the East Coast on Sunday. These games are generally not great for teams like Denver, who are traveling across the country for an early start. The spread in this game is -4 in favor of the hometown Bills, and the total here is 37, which is one of the lower totals on the entire season.

While player props are generally not released until the morning of the game, that does not mean that we cannot speculate on these props before they are released. I actually think that speculating on what player props should be before they come out can give you better results in picking the best props when evaluating value.

Finding value in player props at this point in the year is not easy, so what I want to do is focus on changing situations that Vegas has not been able to catch up to yet.

My favorite situation to attack here is Brandon Allen taking over for the Broncos at quarterback. Since this has only been the case for two games now, we still have to do a lot of speculating, which is why I want to attack the spot in the first place.

In his first start, Allen threw the ball 20 times in a very low-scoring victory at home against Cleveland. In this last start, coming off of a bye week, Allen threw the ball 39 times while struggling to even meet a .430 completion percentage in a game where the Broncos led for most of the game after storming out to a great start.

While I assume some of the aggressiveness and play was sparked by the bye week the week before, this style of play was pretty eye-opening to me moving forward, and I think that we see this team attempt to be aggressive with Allen under center.

In a game where I expect them to trail or be close throughout, I think that we see the over on 30.5 pass attempts here, and I think this line is one of the best on the entire week assuming it gets set here or close once again.

Other than Allen, I don’t love a ton of props in this game. One thing that I may take a look at is the over on the Josh Allen rushing prop at 35.

Allen should be tested a lot by the Broncos in this game, and Allen usually resorts to running the ball in close games or against shut down defenses. I expect Allen to scramble a decent amount early in this game, and I think that the usual 35-yard number is just too low.

The Bills are four-point favorites here, and I am really worried about backing either side here, so I will likely stay away from the line here. I lean towards the Bills simply because I am not a believer in this Broncos offense, particularly under Allen in a tough spot in cold weather against one of the best defenses in the NFL.

While I could be wrong here due to the lack of sample size that we have from this offense, I am willing to bet against Denver here.

The part that scares me is that -4 attached to the Bills. This offense is not dynamic, and I think that the Broncos should also cause some chaos. This is a Bills lean, but definitely not a bet for me.

I will be taking all of my action to the total in this one, where I will be the crazy person betting the under on a 37 total. The total is so low here because it should be, and it is actually inherently too high just because of the range of margins on the high side compared to the low side. I will not love rooting for a 10-7 game here, but it’s just the right play.

Make sure to check back to Denver Sports Betting for the most Broncos news and views, as well as all the news on your favorite Denver-area teams. Also keep updated on the latest on sports betting in the state of Colorado.