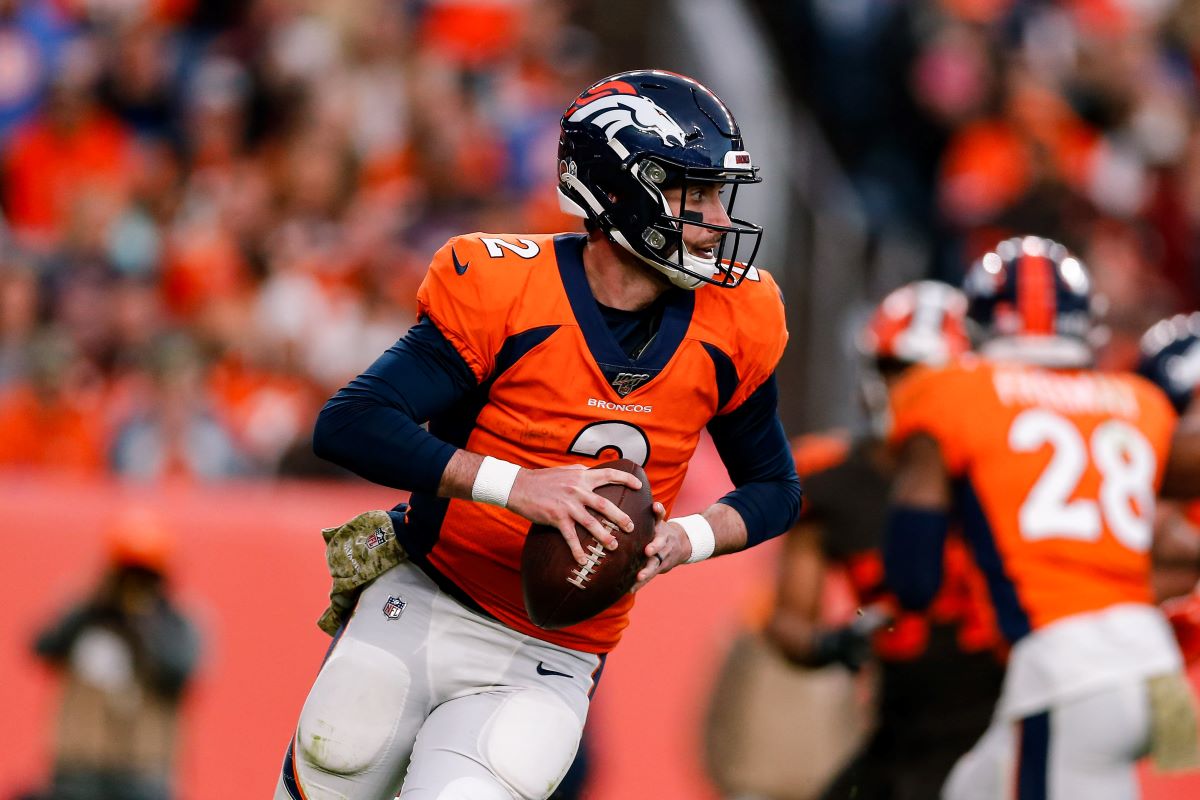 The Denver Broncos are currently 3-6 and sitting in fourth place in the AFC West. While 3-6 and without your starting quarterback is not good, a -21 point differential is not too shabby for a team that started 0-4. The Broncos have only lost one game by more than 11 points, which is a relatively good sign for the future.

The Broncos’ win total is currently off the board with the recent news of Joe Flacco being out for the year really making people question just how much this team can do moving forward. I think posting a low total before last week’s win would have been relatively easy because it would be easy to assume that this team folds with Brandon Allen at quarterback moving forward.

I think that last week’s win opened a few eyes to the possibility of this team being pesky at the least moving into the second half of the season. While I think that betting the over on an Allen-led team would be tough, I think that the line would be 5 or 5.5 with significant juice on the under, and it would be a stay away for me.

The second half of this schedule is pretty brutal, and I think that this team will be more than a field goal underdog in every single game the rest of the season until maybe the last game of the season at home against Oakland.

While I could see them gutting out two wins, three would be really tough, and four is not really in the picture for me barring multiple key injuries to the other teams on the schedule.

The Broncos are currently +2500 to win the division, and I think this is a no bet for me. While this division is not setting the world on fire this season, the Chiefs are currently 6-3 and expecting Patrick Mahomes back on Sunday. I think two wins by Kansas City puts this division out of reach, because I see no way that this Denver team wins five games against a schedule of road games against the Vikings, Bills, Texas and Chiefs and home games with the Chargers, Lions and Raiders.

All of these teams are anywhere from decent to really good, and it would be hard for any team to rattle off a 5-2 finish against a schedule like this, which is one of the hardest in football down the stretch. A 5-2 finish would still just give the Broncos eight wins, and they would not hold a tiebreaker against Kansas City as they have already lost to them once. I think that +2500 is probably generous, given the future schedule.

The Broncos’ playoff odds are also currently off the board, but I would expect them to be something like +1500 to +2000. The AFC West has the struggling Chargers and the Raiders at 4-6 and 5-4, respectively, and I think that there will always be a shot at the Broncos overtaking both of these teams because neither of them have shown any consistency this season.

The Raiders have a winning record but a point differential worse than Denver’s this year, which generally means you would expect them to fall back in the second half.

The issue is that the sixth seed in the AFC right now is the 5-3 Indianapolis Colts, who would hold the tiebreaker over Denver. In a perfect world, the Broncos rattle off five wins in seven games and sneak in over the Bills and the Raiders.

At this point, I would be surprised to see the Patriots, Ravens, Texans, or Chiefs miss the playoffs, and that means I only see two spots truly up for grabs. Maybe Buffalo or Indy stumbles, but that makes the game against Buffalo in two weeks a big deal so they could hold the tiebreaker.

The Chargers are also a worry, but the Broncos play them in a few weeks with a chance to go 2-0 against them this season. At +2000, I like this play MUCH more than I like the divisional odds, but I still think that number would be about right, and I don’t see a ton of value.

If the Broncos can go 2-0 and get the tiebreaker over the Bills, I would jump on them at lesser odds, as they would exponentially increase their odds, in my opinion.

Keep checking back on Denver Sports Betting for more on the Denver Broncos and other Colorado sports teams, as well as news on sports betting.