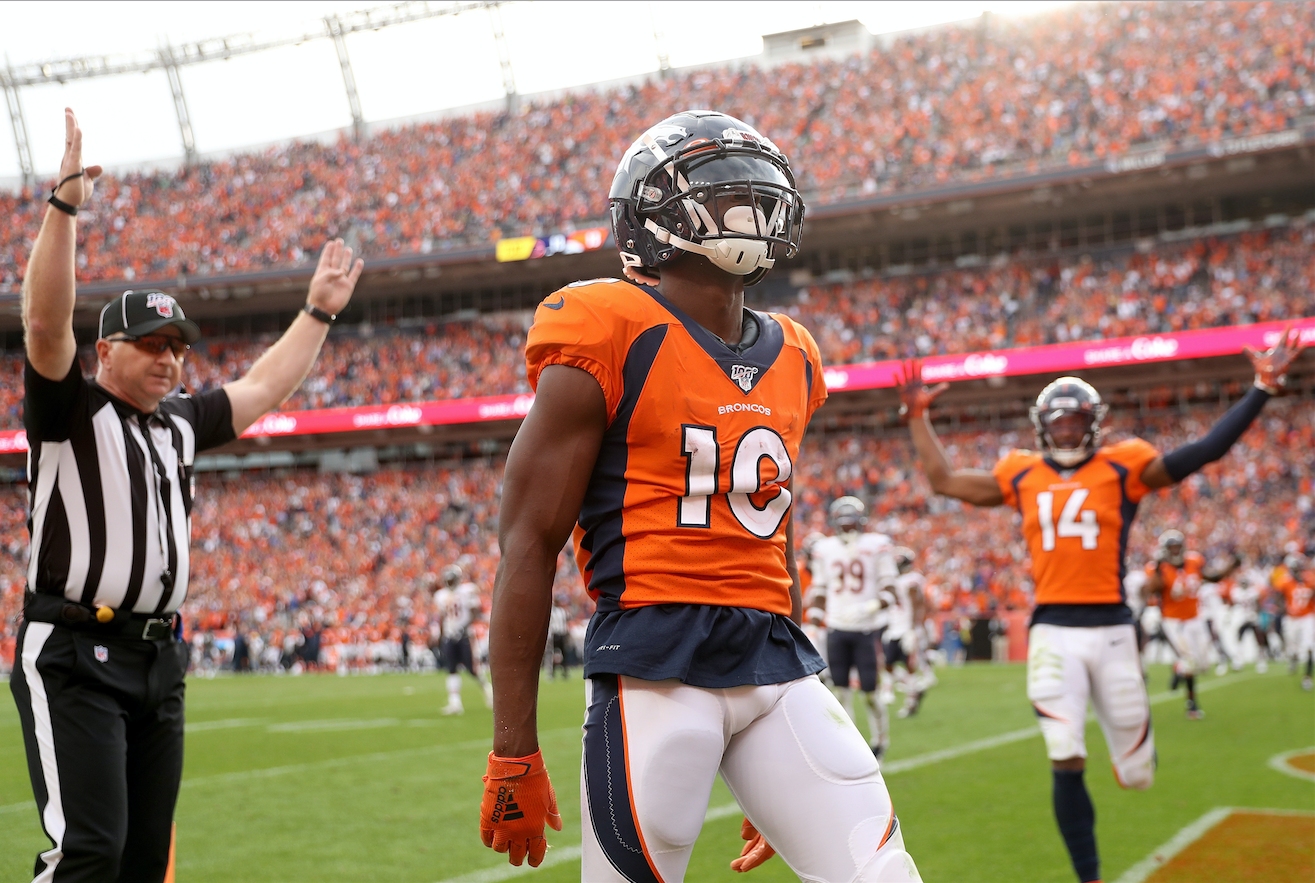 The Tennessee Titans are in the Mile High City for what is currently projected to be the lowest-scoring game of the week in the NFL, with the over/under set at 40.5 points. This is not something that the Denver Broncos are unaccustomed too over the past few years, and I think that this game will likely fall in line with what the books expect to happen as a whole.

Obviously, touchdown props vary a lot based on the projected tempo of the game, and this game will definitely not inflate anyone’s usual touchdown prop. There is not a single player in this game that is considered better than +115 to score, which goes back to the fact that Vegas isn’t projecting a lot of scoring in the first place.

On the Tennessee side of the ball, I find it really hard to look past Derrick Henry, even though he is currently listed as the most likely player to score in the game at +115. Henry just fits exactly how the Broncos have been hurt in the TD department all season.

Outside of the Jaguars game, the Broncos have only allowed one passing touchdown all season, and it was a 40-yard TD to the Packers’ Marquez Valdes-Scantling. Other than that, all five TDs that the Broncos have allowed were on rushes of under seven yards, and that screams Henry.

Here is a fantastic stat for you: Henry’s last SEVEN touchdowns have come on one-yard runs. The Broncos have been really good at limiting big plays this year, but I do expect Henry to punch one in, and I think it is a good bet at +115 here.

It is much more common for the trailing team to be throwing late to preserve clock, and I think that Brown’s usage in this offense is being undersold in the odds. Why are Delanie Walker and Corey Davis ahead of Brown on these odds when he has more yards and the same or more TD catches this year than both of them? This is a pure value play.

For Denver, I think you have to take stabs on both Courtland Sutton and Emmanuel Sanders at +160 apiece. The Titans defense has allowed two rushing TDs this entire season, and both were to clear backups. You can take a stab on Royce Freeman if you want to call him the backup, but those rushing TDs were to Ito Smith and Dontrell Hilliard.

This means that Tennessee held Nick Chubb, Devonta Freeman, Leonard Fournette, Marlon Mack, and Frank Gore to ZERO touchdowns while having a losing record in run-heavy games. This rush defense is legit, especially down in the red zone, and I think that the Broncos will rely on their two best receivers to get in the end zone this week.

As a disclaimer, these props do not come out until Sunday morning, but they are rarely super reactionary to matchups or other changes. These props may be a little different than I expect, but they should be very similar to what you can find on Sunday morning.

Both QB pass attempts under: I expect Joe Flacco to have a pass attempt prop between 32 and 35 this week, and I expect the Broncos to be leading a close game here. Both teams WANT to rely on the running game, and until they are forced to play catchup, I think that both teams will be very comfortable with burning a lot of clock early in this game.

Not all of these players play in the slot, but all besides Brown and Chark operate over the middle of the field on most of their snaps.
The Titans are willing to give up short passes over the middle over deep passes outside the numbers all game long, so I think that Sanders leads this game in targets and receptions for the Broncos.