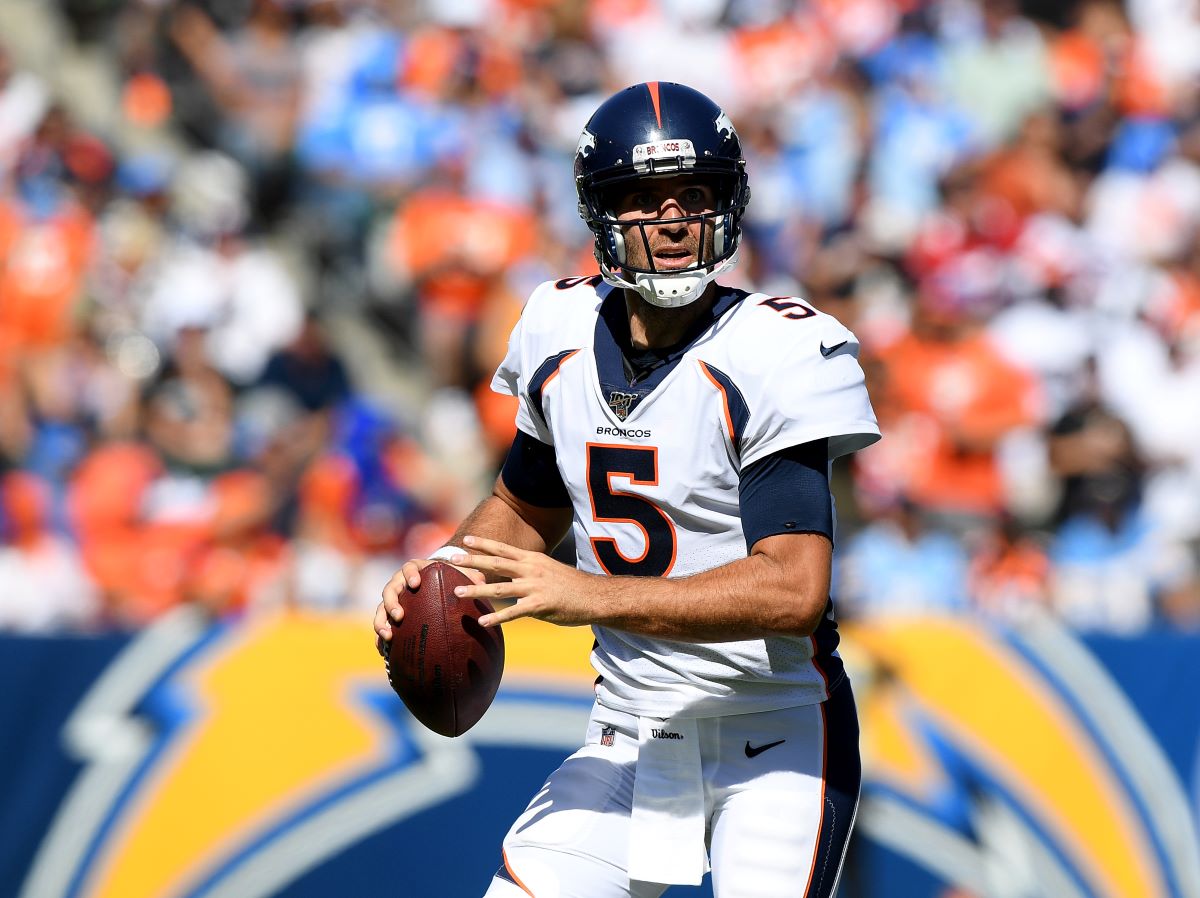 The Kansas City Chiefs are traveling to Mile High Stadium to take on the Denver Broncos on Thursday Night Football. The Chiefs are 3.5-point favorites in this game, which has a total of 48.5.

Coming into this game, the Broncos are riding a two-game winning streak after an upset of the Chargers on the road on Sunday. The Chiefs are on a two-game losing streak after starting the year 4-0. This strange trend of these teams having inverse records on the season and every week has definitely swung this line in recent weeks.

If this game happened two weeks ago, I think that this line is closer to 7 than it is to 3, but now we have a few reasons to be concerned about the Chiefs and optimistic about the Broncos. Do these current trends actually matter to this game, though?

Not On All Cylinders

The Kansas City offense, led by Patrick Mahomes, has sputtered a bit in recent weeks from their usual production. However, this does not mean that their offense is bad.

Even though this offense hasn’t produced at its usual rate, they should soon get back Sammy Watkins, and they should get Tyreek Hill more involved in the offense this week after a two-touchdown game in his first game back on Sunday.

The Chiefs’ running game isn’t bad, but it is a clear afterthought in this offense, and it is regularly supplemented by screen passes. These screens run by the Chiefs are the best I have seen at any level, and they are very dangerous if you are not prepared for them.

The Chiefs’ passing game has been the most explosive over the last season and change since Mahomes took over. This offense is getting back some of its most explosive playmakers, so I expect the passing production to increase compared to recent weeks.

The Denver offense has been reliant on a slower-paced game in the last few weeks to stay competitive, but I don’t think that this will be possible in this game. This 48.5 total in this game is pretty high for this Denver team, and their recent implied total is one of the higher ones on the season, especially as an underdog.

Due to this pace increase, I am pretty high on Joe Flacco’s completions and attempts this week, as I think that the Broncos will be forced to pass early and often. I expect Flacco’s completion prop to be set at 22.5-23.5, and I really like the over here.

I expect the passing game here to be focused around short and quick passes in an attempt to milk the clock while also generating enough offense to keep up with the Chiefs.

With the spread at -3.5 in favor of the Chiefs, I really like Kansas City minus the points here. Like I mentioned in the intro, I just think that this line would be pretty drastically different if the Chiefs and Broncos played this game in Week 5.

Overall, I don’t think that there has been enough real change in their play to warrant this big of a move.

This total comes down to just how well you think that the Broncos can move the ball on Kansas City. With a total of 48.5, I expect to see scoring from both sides, but I will be really curious to see how the Broncos attack this game. In correlation with my Chiefs spread pick, I like Kansas City to force the Broncos to play catchup most of the game.

If you think that the Broncos are aggressive enough to get the early lead, maybe that can slow the pace, as the Broncos want to force the Chiefs to slow down. I think that combinations of Chiefs+Over and Broncos+Under make a lot of sense if you have a good sense of which way the game is going to go.