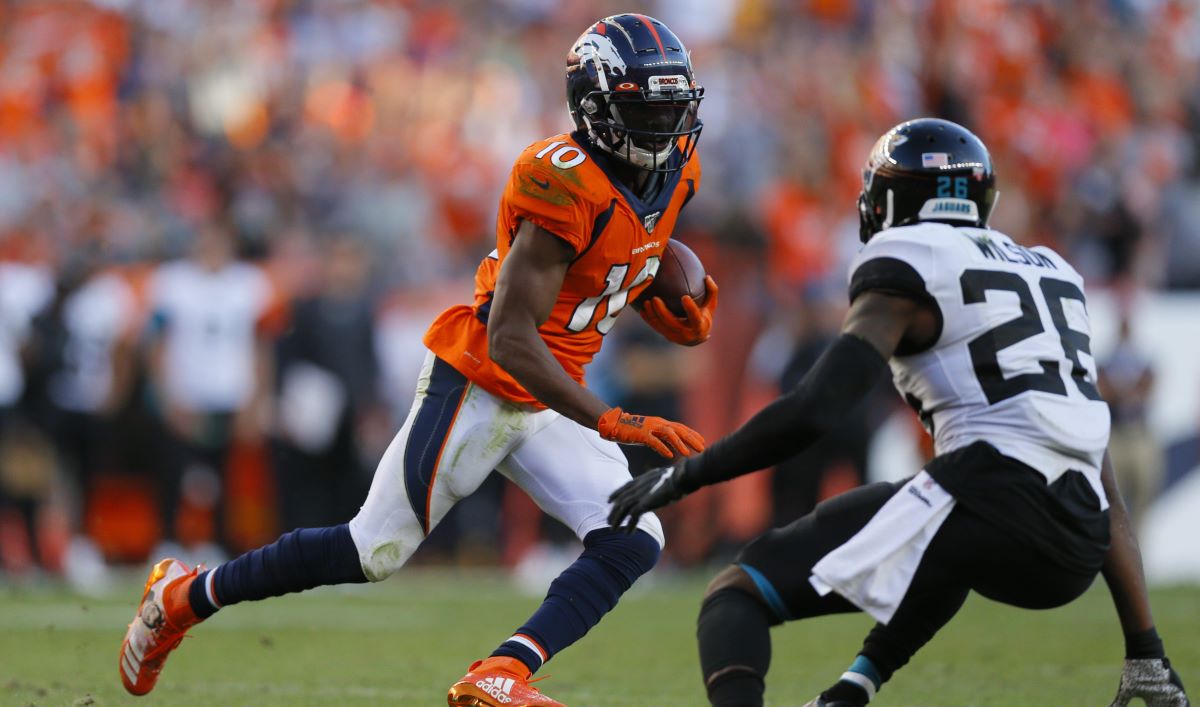 The Denver Broncos are headed to Los Angeles to take on the Chargers in a battle of AFC West foes on Sunday. The Broncos come into this game without a win through four weeks of the season, and they are a six-point underdog in this one.

Here are a few of the prop bets to take a look at for this contest.

For the last few weeks, we have seen Austin Ekeler’s receiving prop continue to grow due to his overall usage and the lack of bodies on this offense due to injuries. This week, with Melvin Gordon returning, I expect Ekeler’s prop to come down to anywhere between 3.5 and 4.5 catches in this game.

While I do expect Ekeler to see fewer snaps in this game as Anthony Lynn has been very outspoken in his support for Gordon, I think that the injury situation will force the Chargers to use both backs more than they usually would in this game if everyone was healthy. I expect the Chargers to be without three of their four top receivers in Mike Williams, Travis Benjamin, and Dontrelle Inman.

I think this lack of receiving options calls for more 20 and 21 personnel and more use for Ekeler out of the slot or even outside at times in this game. Ekeler could very well be the second option in the passing game for the Chargers this week, and I expect his prop to be undervalued due to his lack of a clear role in this offense moving forward.

All season I have been attacking this Broncos pass-catching duo because they are the clear targets in this offense, and they are just undersold. Last week, Sanders had a catch prop of 4.5 while Sutton was at 3.5, and both were able to hit the over.

While the Chargers defense is no joke, I expect both players to see eight-plus targets again in this game as the team expected to be trailing. This bodes great for their pass-catching props that have been undervalued all year. I think that it is possible to see Sutton’s prop jump from 3.5 to 4.5, given his production, but I am good with both guys if they are kept under six and five, respectively.

The total in this game is 44.5, which is pretty much the average for this slate of games on Sunday. As a whole, I think that this line is higher than most would guess because of the Chargers’ offensive injuries and the Broncos’ lack of offensive explosiveness this season.

I think that this total tells us a lot about this game, and I think it signifies that this game has sneaky shootout potential because both defenses have not really played up to par this year. The Broncos’ defensive struggles are very strange given the personnel and coaching staff in Denver, and I think this is another game where we could see the over similar to last week’s game.

This is a game where I want the six points and the road dog because I think that the Chargers could be on their heels a bit in this game. The Broncos need to make a statement in the AFC West in a hurry, or they might as well join the 0-16 race with some of the other really bad teams in football.

Overall, this path seems strange for the Broncos, because they just have considerably more talent than the other teams looking to lose every single game, and I think that will prevail in this game, at least enough to cover the spread. I think that the Broncos have the ball with a chance to win this game within five minutes, so give me the six points and the Broncos here.