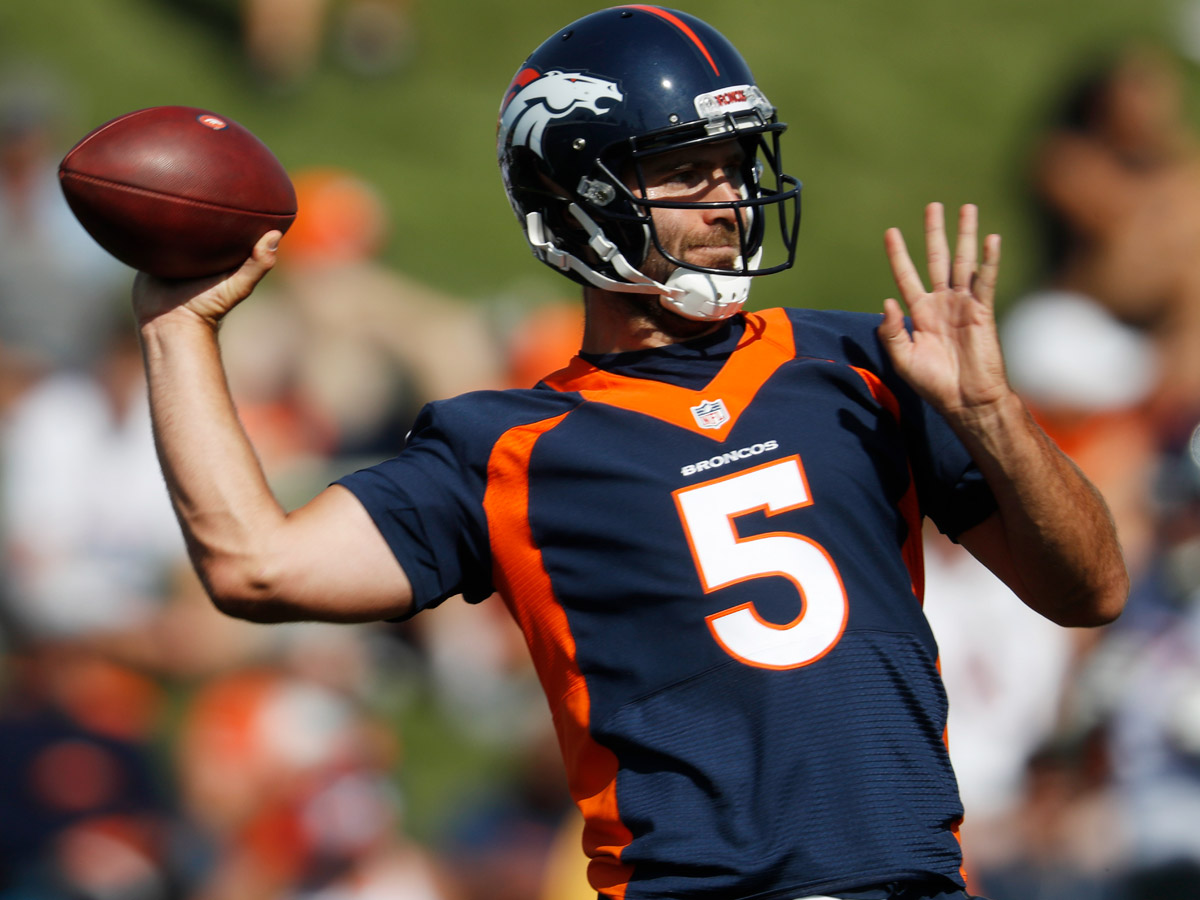 When Broncos GM John Elway decides to flex his executive muscles major things tend to happen. So the recent trade of long time player and former Super Bowl champ, Emmanuel Sanders to the 49ers could well herald a domino effect of moves for other long established Broncos.

As Sanders packed his bags for Frisco it shows a clear indication that the team is now compiling draft picks with 2020 firmly in mind. While it’s true to say that all thirty-two team GM’s are always open for business, Elway has always previously tended to opt for a rebuilding process when the team is in constant motion.

What has stalled this process and any form of momentum is a fundamental lack of talent and losing has created a crisis of team confidence. The already thin roster on the Broncos has found more issues with a glut of injuries in the secondary and a season ending knee injury for stud edge rusher Bradley Chubb to add more woes for Coach Vic Fangio.

If these injuries were hard enough to overcome it has been the static posture and sheer lack of dynamic play from QB, Joe Flacco that has damaged the Broncos hopes the most. His anemic performances have served to put more heat on the fact that Elway made the move to trade for the veteran as the man to orchestrate the new Rich Scangarello offense.

In the modern version of the NFL that is now dominated by physically gifted and mobile passers, Flacco increasingly resembles a bygone era and not a successful one. With Sanders leaving town it serves to build future draft capitol but it’s bound to subtract vital leadership and skills from an already listing Denver ship.

With other Bronco players expected to now cross the trade block in coming days does this simply make teams wise to the fact they can pick talent from them for minimum outlay? On paper the Sanders trade does now set Elway up as a negotiator who will continue to value his prize assets and not simply conduct a talent fire sale.

With Chris Harris Jr guaranteed to attract interest, probably from the Eagles, it’s Elway who will have to play poker with opposing GM’s to maximize value before the trade window shuts. Look for interior defensive lineman Derek Wolfe to attract interest from contending teams along with the aforementioned Harris Jr. Both players are fan favorites at Mile High and won’t make Elway that much more popular than he is at present should he pull the trigger on trading the duo.

This Sunday finds the Broncos pegged as 5.5 point underdogs for their trip to Indianapolis, all coming off a lopsided home defeat to the Chiefs and the departure of a key offensive weapon. If morale is already low in the locker room a pick me up against a stacked and confident Colts team is surely well beyond their grasp.