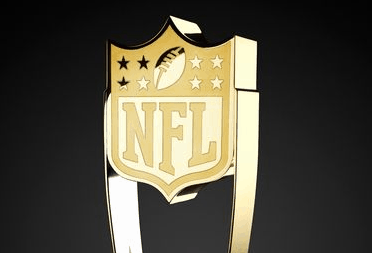 After one week of betting action in the NFL that displayed some sensational player-performances, and huge disappointments, MVP odds at most of the legal sportsbooks across the country have already started to fluctuate.

New names have entered the fray – joining some of the usual suspects as frontrunners to claim the award, while others, with high expectations, have fallen to the bottom of the futures odds board.

Let’s start with Patrick Mahomes. The reigning MVP, who was paying off at +550 odds prior to the start of the season put the league on notice early, proving last year wasn’t a fluke, and why he is the favorite to win the award once again this season.

Mahomes notched 378 passing yards on 25 of 33 attempts, and tossed 3 touchdowns against zero interceptions in an opening week win (40-26) over Jacksonville as 3-point road favorites.

The Kansas City Chiefs QB is now priced at a reduced +500 bet to repeat as MVP.

Aaron Rodgers, a two-time MVP winner was just 18 of 30 for a pedestrian 203 yards and one touchdown against the Chicago Bears, but it was good enough for a 10-3 win as 3-point road dogs.

Oddsmakers moved the Green Bay QB from a +950 payoff to a stingier +900 wager in the anticipation of successful weekly accomplishments, but staying healthy should be a concern.

Tom Brady continues to play with a chip on his shoulder, and perhaps no team in the NFL made a bolder statement than New England, who tore apart the Pittsburgh Steelers, winning by a final score of 33-3, and easily covering as 5.5-point home chalk.

Baltimore Ravens QB Lamar Jackson is the biggest riser on the odds board after becoming the youngest player in the NFL to establish a perfect 158.3 passer rating, while accumulating 324 passing yards on 17 of 20 attempts, which included an eye-opening five touchdowns – all through the air.

Did I mention a 59-10 victory over the Miami Dolphins?

Though still a dark horse, going from a barely noticeable +6100 odds to a respectable +2300 is what’s called “making a statement.” Doubters will still want to see what he can do against anyone other than Miami, but the achievement is one for the record books.

I’ve included one player from an over-hyped squad that turned out to be a complete dud – at least in Week 1 anyway. I’m talking about QB Baker Mayfield of the Cleveland Browns. The Oklahoma product failed miserably, throwing 3 interceptions in a 43-13 blowout loss at the hands of the Tennessee Titans.

The one consistency about this list is that every player mentioned is a quarterback. There are many  other names like Saquon Barkley (RB, Giants),  Christian McCaffrey (RB, Panthers), and Aaron Donald (DT, Rams), who are worthy participants, but for now, it looks like it’s a QBs award to win.