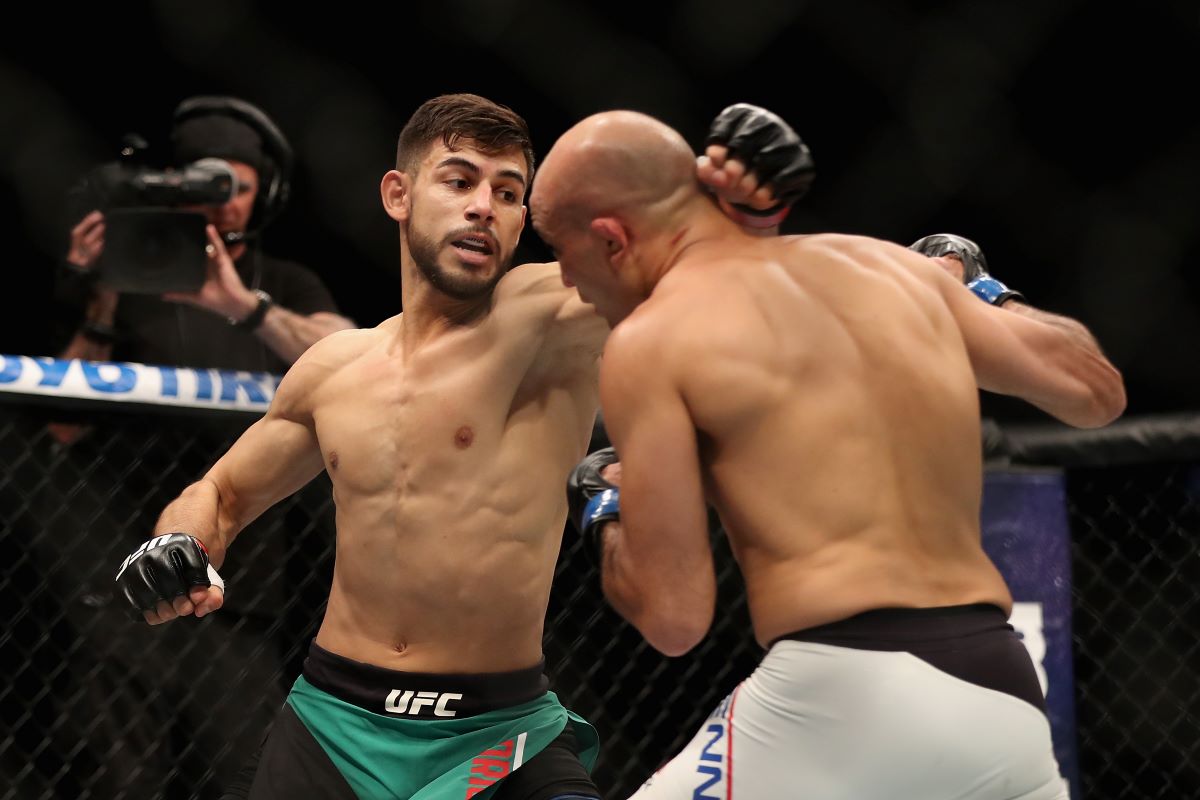 UFC FN 159 takes place in Mexico City Saturday and is headlined by a fantastic featherweight showdown between Yair Rodriguez and Jeremy Stephens. The card is also including quite a few marquee matchups, which we’ll be glancing at as well.

The featherweight division is still under the rule of King Holloway, and there aren’t many guys who haven’t lost to Holloway at the top, including Stephens.

Although I believe the next featherweight title shot belongs to Alexander Volkanovski, this fight seriously puts either man one fight or so away from a title shot.

In terms of the matchup, Rodriguez is one of the most dynamic strikers in MMA right now, and Stephens is a guy who absolutely brings the pressure each and every time. Stephens is coming off a decision loss to Zabit Magomedsharipov and is eager to get back in the winning column after being 0-2 in his last couple of fights.

However, he has quite the tough task ahead of him, especially since Rodriguez is coming off a beautiful KO win over Chan Sung Jung.

However, despite Stephens being on a current skid and Rodriguez seeming to have the momentum, I believe this is a nightmare matchup for the hometown hero of this card.

Rodriguez does not like to be pressured, and his wrestling/ground game is a bit subpar against elite grapplers, as it showed against Frankie Edgar, when he was smothered.

I worry that his ground game has not improved enough to where Stephens’ wrestling/grappling won’t come into play.

To be honest, this seems like Stephens’ fight to lose. If he fights smart, I see no issue for him to get his hand raised, but he cannot let emotions take over. Stephens has a tendency to just want to brawl, and although that may be effective against Rodriguez, it could also come back to bite him early if he is countered.

I think we’ll see a bit of success for both guys early on, with Stephens slowly starting to wear down Rodriguez and finishing this fight up on the mat.

Carla Esparza vs. Alexa Grasso: This is a must-win for Esparza if she wants a chance to return to her former glory, but it is against a tough gal in Grasso, who is looking solid as of late. I think this fight will have quite a bit to do with the grappling realm, and I think the new blood Grasso will earn a hard-fought decision over the former champ.

Brandon Moreno vs. Askar Askarov: Moreno, a once-promising flyweight, who many thought would be able to challenge for a title soon, has since fallen off. He is now put in a dangerous situation where he takes on a newcomer in Askarov, who is an absolute beast on the mat. I think this is going to be a tough night for Moreno, but I think he holds off being potentially cut and earns a hard decision win.