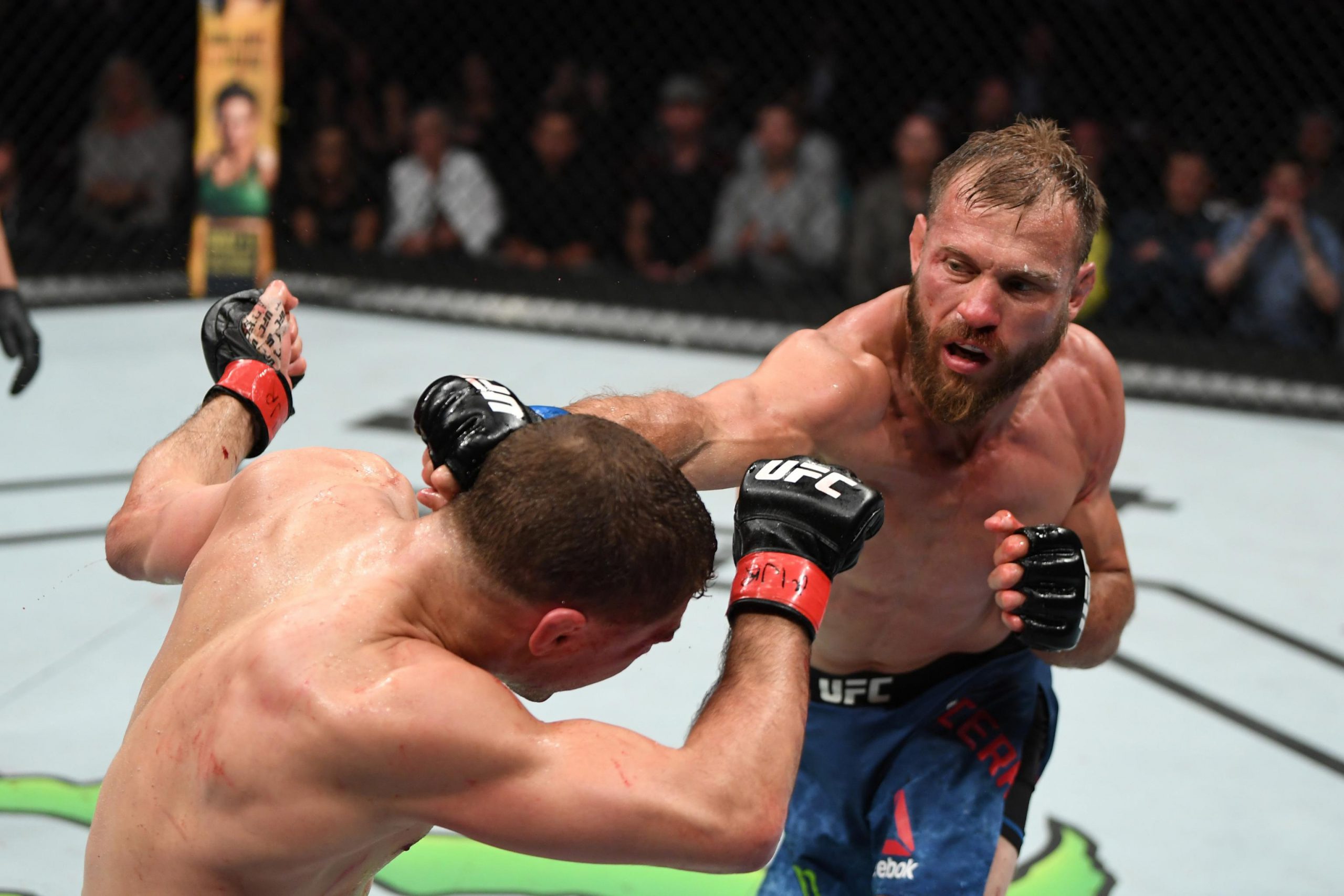 This weekend, UFC fans are getting a treat of an amazing card, with the headliner Saturday in Vancouver being a lightweight bout between Donald Cerrone and Justin Gaethje. In the co-main event, we see a major light-heavyweight clash between Glover Teixeira and Nikita Krylov.

Whenever either Donald “Cowboy” Cerrone or Justin Gaethje fight, it is a must-watch fight every single time. They both bring intensity and ferocious paces to their fights, and I’m quite eager to see how this one plays out.

Cerrone is coming off a loss to Tony Ferguson, where the fight was called off due to a doctor stoppage at the end of the second round. It was certainly a disappointing loss for Cerrone, who would have looked to claim his way back to another title shot over Ferguson.

For Gaethje, he is coming off a beautiful KO win over Edson Barboza. Despite previously losing two straight, Gaethje now looks back in menacing form, riding a two-fight winning streak.

I think both guys are bad matchups for one another. For Cerrone, Gaethje comes out fast and swinging early, and with Cerrone being a notoriously slow starter, that has bad news written all over it.

For Gaethje, Cerrone, once he settles in, is arguably one of the best Muay Thai strikers around in MMA and could absolutely light him up later on in the fight.

However, Gaethje has seemed to truly evolve in my eyes, which if I’m Cerrone, I’m certainly wary of this. I think Cerrone will look to come out and match pace with Gaethje, and I think we will see some wild exchanges on the feet.

Gaethje has been in there with absolute killers, and he has been forced to mature quick, making me think he can hang in there and take what Cerrone can offer him. Overall, I see Gaethje pressuring Cowboy early, ending this early in a first-round TKO, sending a statement to the 155-pound division.

This matchup is quite interesting to me, as both guys are solid on the ground and also possess strong standup as well. However, although Teixeria is a veteran, I don’t like the way his standup matches with Krylov.

Although Krylov has been submitted before and isn’t the strongest grappler at 205, I’m not sure if Teixeria will be able to get him to the mat and pull off a submission win.

Overall, I think Krylov’s striking will prove to be the ultimate decider in this fight. I see him coming out hot and landing quickly, with Teixeria coming up with few answers on the offensive end.

I see Teixeria desperately looking to get the fight to the mat, but I think he’ll be unsuccessful, and Krylov will be just too much on the feet, ending this in the second round via TKO.