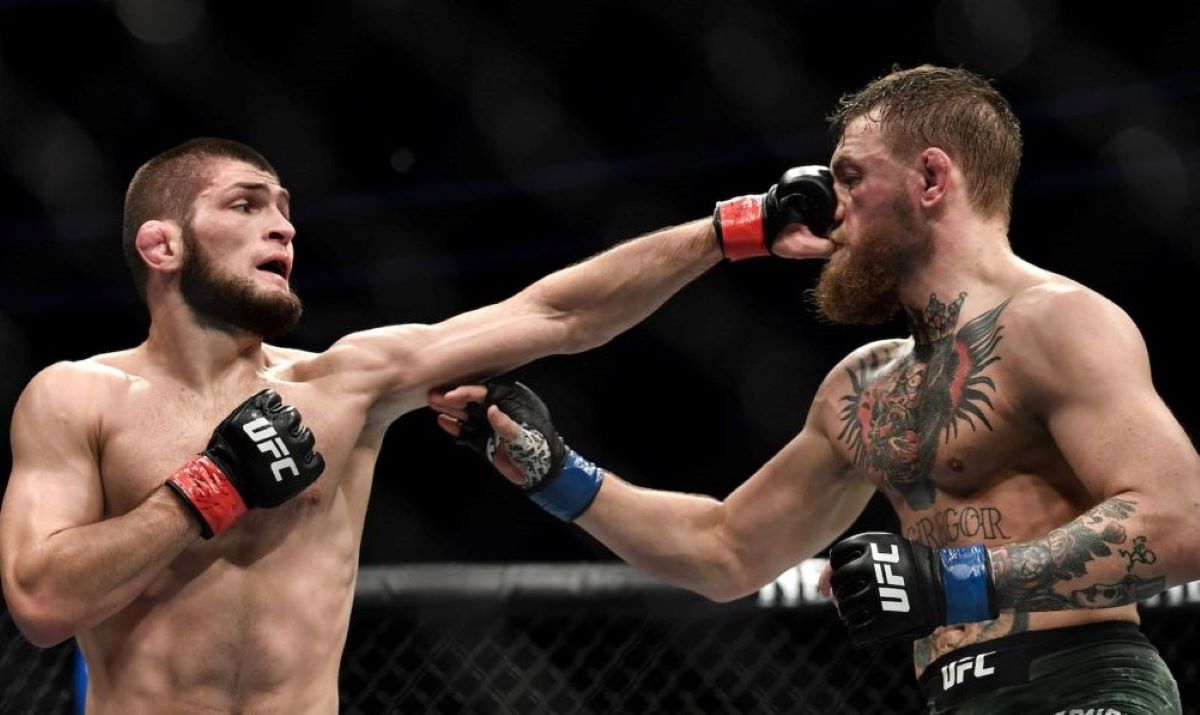 We are gearing up for yet another great card Saturday at UFC 242, which is headlined by the return of Khabib Nurmagomedov, who is set to defend his lightweight strap against the current interim lightweight champ, Dustin Poirier.

The co-main event features a rematch between two top lightweight contenders in Edson Barboza and Paul Felder. The card has the UFC making its third trip to Abu Dhabi, which is always exciting for the growth of the sport.

Khabib Nurmagomedov is set to defend his undefeated lightweight strap against the interim champ, Dustin Poirier, and I couldn’t be more excited for the matchup. This will mark Khabib’s 28th pro fight, and he hasn’t lost a fight yet.

At 27-0, it truly seems that the guy is just unstoppable at 155. What I find so impressive about Khabib’s resume is the number of high-level strikers that he has beaten, and convincingly. With names on his list like Michael Johnson, Edson Barboza, and Conor McGregor, it is hard to say that a striker is his kryptonite at this point.

However, Dustin Poirier is one tough cookie, and he has proven his resilience time and time again. He has power in both of his hands and is accurate beyond belief. Many are writing off Poirier a bit too early in my eyes, but it is hard to argue that anyone can see Khabib losing at this point.

I think these odds are quite fair, due to how dominant Khabib has been, but I still do count Poirier as a real threat. As I mentioned, he is a great striker, and although that has yet to translate to Khabib’s demise, I still think that his skillset brings trouble to him certainly.

However, I am just not fully convinced that the takedown defense will be strong enough for Poirier. I do think a striker will be Khabib’s eventual loss if it does happen, but they’ll also need some of the best takedown defense in the UFC.

For Poirier, he is solid at stopping shots, but Khabib is an entirely different animal, and I think Poirier will find himself on the mat sooner or later in this fight.

I see Khabib doing what he does best and wrapping this fight up late in the fourth round, TKO’ing Dustin Poirier after wearing him out from his relentless pressure.

Paul Felder and Edson Barboza meet once again in the UFC, and this time, I think it will be a much closer fight. In their first affair, Barboza was just too much for Felder to handle back in 2015, with Barboza winning the fight via UD.

However, both men have evolved since then, and I think it is Felder who has made the larger improvements. Barboza is coming off a nasty loss to Justin Gaethje, where he was brutally knocked out. For Felder, he is coming off an impressive decision win over James Vick.

Both men are great on the feet, especially Barboza, but there is just something about Felder’s game that seems to have transcended recently. I think he not only has more confidence, but his overall game has become much more complete.

Also, I think that Barboza’s recent losses will play a large factor in his mental state as well, which will result in a slow, patient approach to this fight, something I don’t see working in his favor. In fact, I think Felder will recognize this early on and look to capitalize on it himself.

I see this being quite the competitive fight early on, but I think Felder will look to jump on Barboza early, who seems to be a slow starter at times. I think that combined with his recent losing skids and Felder looking to jump into the elite finally at 155, Barboza will be questioning himself throughout the fight, never capitalizing on moments.

On the other end, I see Felder pouncing on Barboza at any chance he can get, securing a second-round TKO victory and putting himself amongst the elite in the stacked 155-pound division.

Colorado is ready for pro sports