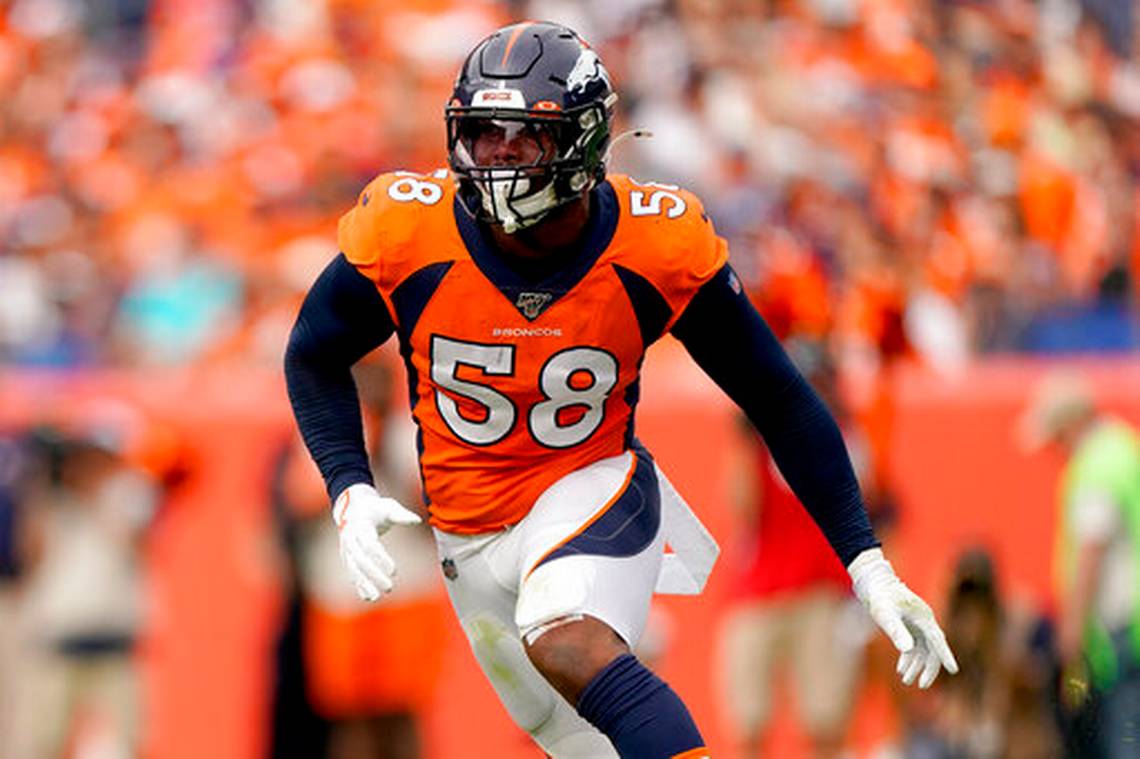 The Jacksonville Jaguars roll into Denver on Sunday coming off of a long week after their Thursday night win over the Titans. The Broncos return from Green Bay still looking for their first win of the season. Denver is favored by three points heading into this game.

There are a lot of storylines surrounding both of these teams, but none are more likely to affect the entire NFL more than the Jalen Ramsey rumors. Ramsey is currently listed as questionable to play, but I would be surprised to see him travel with the team this weekend.

With Ramsey out, I really like taking the over on receptions for both Courtland Sutton and Emmanuel Sanders if Sanders looks good before the game. I would expect Sutton’s prop to be 3.5 catches, which is just too low in an offense that is clearly going to favor him and Sanders a ton in the passing game.

These two Broncos pass-catchers have seen 47 targets through the first three weeks, and I think we will continue to get props of 3.5 and 5.5 on Sutton and Sanders, respectively. I think that Sutton is the safer option here, but I like the odds that we can get over the hump for both guys.

Nine catches on 16 targets is going to guarantee at least one of two wins here, and both guys are likely to produce more than that. On the season Sanders has a catch rate of 75 percent, while Sutton is just under 70 percent. If these numbers continue, that means we would expect 11-12 catches a game from these two, good to cover both overs.

On the Jags side, I like another over on a reception prop. Leonard Fournette will likely have a reception prop of 3.5, and Gardner Minshew has been really conservative to start his career. Minshew loves high-percentage throws, and I think that the eight targets last week say a lot about Fournette’s usage in the passing game moving forward.

The total in this game is 37.5, which is one of the lowest we will see all season, and I am still going to take the under here. When we see lines like this, we almost always know that Vegas is just not comfortable putting a line out that is much lower than this.

The books cannot put this number where it should be because it is already so low. That being said, how do we really think that this game should not have a total closer to 35? These offenses are both well behind their defenses, and neither team has been very good at creating explosive plays this season.

While sweating the under on one of the lowest totals of the year may not sound like a ton of fun, I think that the line is just never going to get to where it should on an outlier game like this. Teams still struggle in Denver in the month of September, and we all saw how poor both Chicago and Denver played for most of that Week 2 game.

Another major storyline in this game is that the Broncos are without a sack or a turnover through three weeks with Von Miller and Bradley Chubb rushing the passer and Vic Fangio on the sidelines. I think that both of these streaks end in this one, and I think that it’s the reason the Broncos cover the spread in this one.

Denver has played three games of incomplete football, but it has been able to produce at times in all three games. I think that coming back home against a team with a similar identity will help this team start to have more success on both sides of the ball.

I expect the Broncos to play their best game of the season and walk away from this one with a 20-13 victory over Jacksonville.