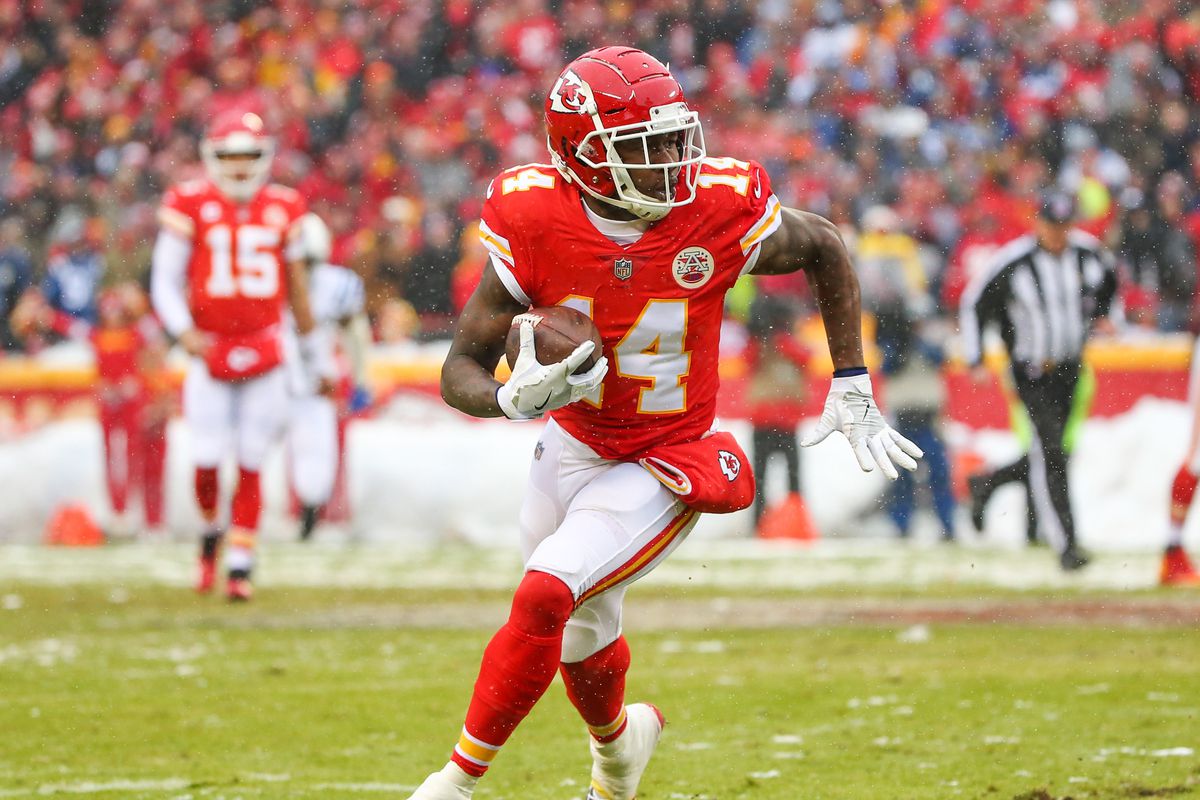 Going into Sunday mornings, my favorite thing to do is browse the newly posted prop bets that are posted for the afternoon slate of games. While we do not have these numbers yet, I want to speculate on what numbers we will get on some of my strongest takes of the week and take advantage where we can in one of the softest sides of sports betting.

This is probably the hardest line to set heading into Week 2 because we are asking Vegas to interpret the Tyreek Hill injury. However, I think that this line will be anywhere from 5.5 to 6.5, and I like the over here based on what we know.

The Chiefs’ passing attack is elite, and Watkins now becomes the clear WR1 in this offense alongside Travis Kelce. In the game last week, Watkins was explosive and clearly healthy.

Although Raiders cornerback Gareon Conley may be back for this game, Watkins just put up 200 yards on nine catches against one of the best secondaries in football. I expect another huge game here from Watkins, and I love the over in this spot.

I expect this to be the number for Ekeler this week as the books are often very slow to bump players off of their average production, even if things have clearly changed in the offense. Ekeler and the Chargers offense have seen receiving options dropping like flies of late, and I think that bodes very well for his reception total this week.

Not only are Hunter Henry and Mike Williams likely going to be out for this game, but the Chargers’ O-line is also lacking in the health department. What this should lead to is a lot of short passes to Ekeler and Keenan Allen in order to keep Philip Rivers safe in the pocket.

Last week, Ekeler saw seven targets, and now the Chargers are without two of their four top receiving options. Not only that, but the Lions also gave up six for 55 last week to David Johnson.

Last week I jumped all over this bet in this Ravens offense. At that point in time, the odds were at +140. After his two-TD performance, I would expect this number to change a bit, but I would be surprised if it got much past +120. If this line is anything lower than even, I will avoid, but I don’t think that will be the case.

The Cardinals are not good at football, and I think that the Lions basically gave up in that game to allow the Cardinals back into it. I was curious to see what the Cardinals’ offense would look like, but I think it really set off some alarms early in that game.

Kyler Murray is BAD under pressure, and I think this leads to multiple turnovers and a few short field opportunities where the Ravens will let Ingram score again on Sunday afternoon.

Graham had some nice plays on Thursday night, but I think that his production will be overvalued in the long term. Aaron Rodgers has really never thrown to tight ends, and while that could be due to his old scheme, I am willing to take the under on Graham here based on his usage and injury concerns.

In the first game, Graham saw five targets, but those were on just 50 percent of the snaps. Also, those targets were not all very high percentage looks. I think Graham could be hindered in this game, and I think that the Vikings will a good job containing the middle of the field. I expect him to struggle and end this game with a catch or two.

So this is me disrespecting the people making these prop lines, and I really hope that I am right in this situation. Again, these lines have always struggled to adjust to new information, and I think that this will be the case here. Maybe I wake up on Sunday, and McLaurin has a five-reception prop, and it’s a no bet, but I would even consider this line at 4.5.

McLaurin was so good in preseason camp that the Redskins didn’t even play their third-round wide receiver at all in the preseason. That does not happen.

McLaurin saw 93 percent of the snaps in the Redskins’ first game, and I expect he will see more of the same. He made catches all over the field and even was missed on another 70-yard TD catch later in the game. I expect McLaurin to smash this 3.5 number that I think Vegas will give him.