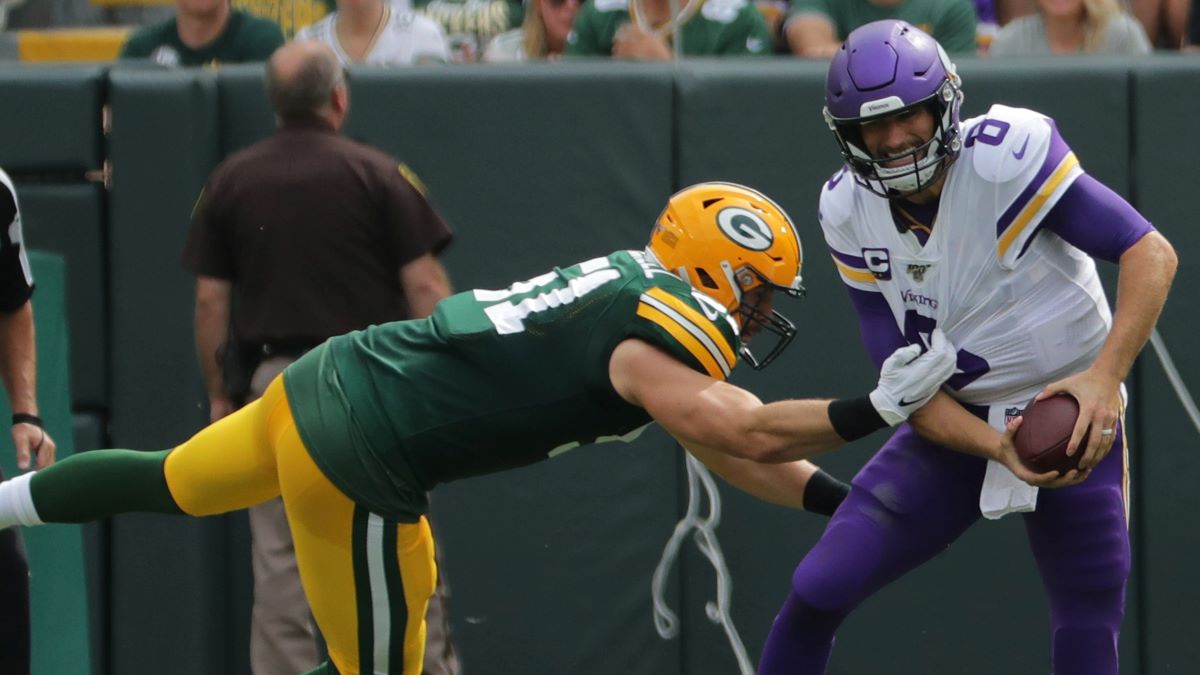 An early outlook on the Week 3 betting lines shines a light into what Vegas thinks is real and what they think could be fool’s gold. Things like the Dolphins’ struggles, the Patriots’ dominance, and the defensive emergence in Green Bay are all heavily reflected in this week’s betting lines.

I get the line here with the Vikings being back at home where they stomped the Falcons in Week 1, but I just have no faith in this offense to produce on a consistent basis. The Raiders’ defense is not great, but Gareon Conley is a good cover corner, and the Vikings only have two real threats. Both of those guys have been disappointing anyway.

The reason that both Stefon Diggs and Adam Thielen have been disappointing is because of the passing game in Minnesota looking inept. Kirk Cousins has legitimately looked like one of, if not the worst QBs in football against two solid defenses to start the year.

The issue I have is that Mitch Trubisky threw to Allen Robinson for over 100 yards in a Thursday night game against a defense that has no tape on them. In Week 2, Cousins is 14 for 32 for 230 yards while trailing the ENTIRE game? That is inexcusable, and it’s truly horrible.

Can Cousins rebound? I sure hope so, or the Raiders may win this game outright. That being said, I just can’t get on board with giving the Vikings so many points with how horrible their passing game has looked, so give me Oakland +8.5 here.

Carolina Panthers at Arizona Cardinals (Over 46.5)

The Panthers really struggled on Thursday night after keeping it close with the Rams in Week 1. A lot of the blame fell onto Cam Newton’s lack of passing accuracy that was very prevalent in Week 2. I think that Cam should be better in Week 3 for a number of reasons.

The Cardinals’ defense is bad, and I think that they should really struggle with the Panthers’ offense that I think should bring a slightly new look to Sunday’s game. Newton really struggled throwing the ball downfield in Week 2, and I think that the Panthers should steer away from these deep routes, even though Curtis Samuel was open on almost every single one of them.

Last season, the Panthers started out the season with a ton of short routes, and I think that the mixture of CMC, Moore, Samuel, and Olsen is perfect for a quick offense that dinks and dunks its way down the field until they get an explosive play from some elite playmakers like Samuel and McCaffrey.

I am still skeptical of the Cardinals in a lot of situations, but I am confident that they want nothing more than to run up and down the field with their opponent. I think that we see Carolina break a few big plays that forces the Cardinals to go just as fast and pass-heavy as they want to. This should lead to a high-scoring game in Arizona.

Is this an overreaction to the Dolphins looking horrible and the Cowboys looking great? Probably, but I just think these teams are very much who they have been in the first few weeks.

The Dolphins came into this season with no reason to try, and I would not be surprised to see them trade off a few of their best players for more assets in the near future. This Dolphins team has faced two tough opponents, but the Cowboys’ offense has looked great, and I have no doubt that this game will be a blowout.

After watching the Patriots and Dolphins on Sunday, I have zero doubt that the Patriots could have scored 70 points in that game if they started out trailing by 60. It was truly a joke of a football team that the Dolphins trotted out there, and I am going to ride the notion that this is a historically bad team until they prove me wrong in any way.