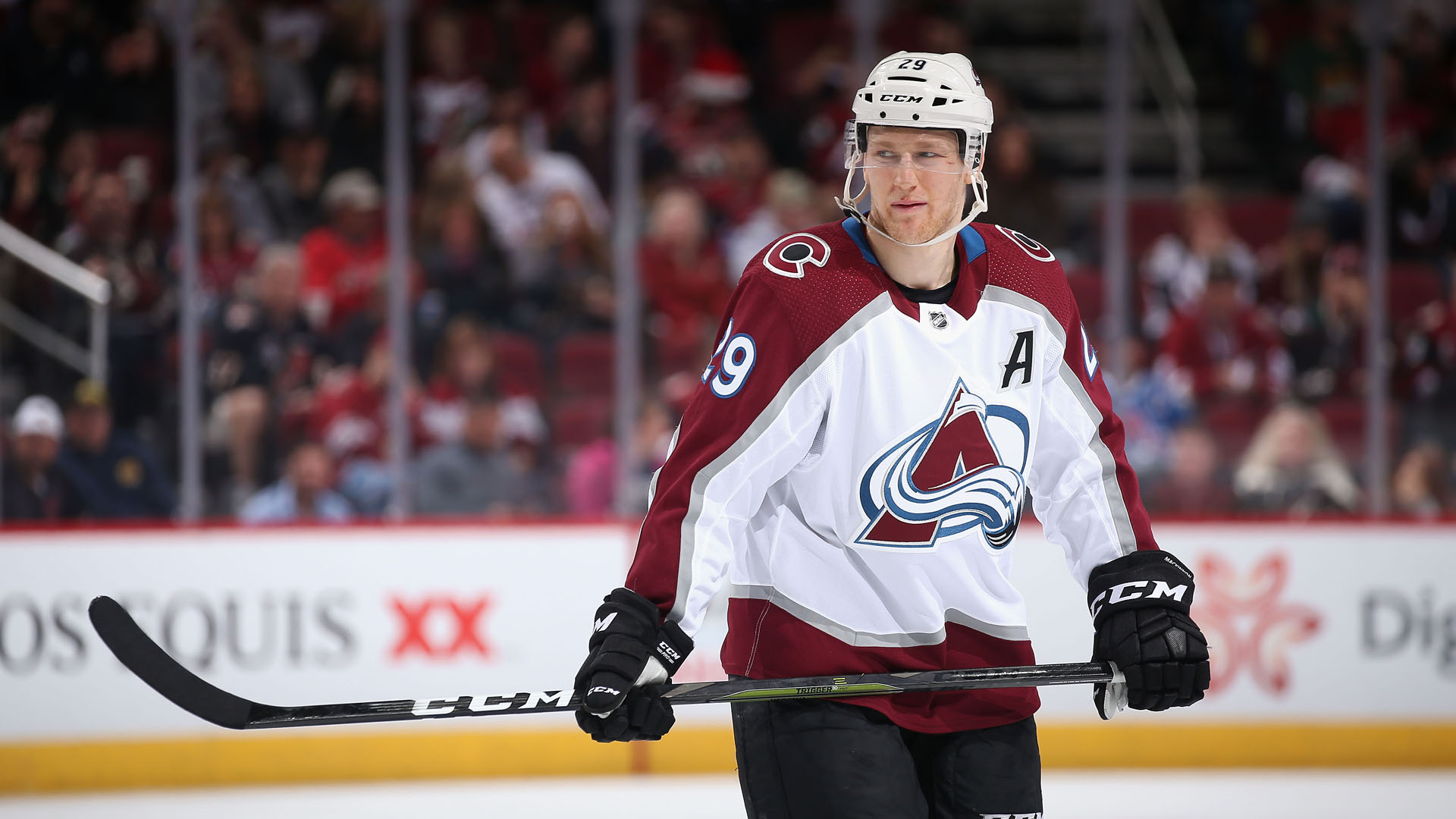 The Colorado Avalanche lost more games last season than they won, finishing 38-30-14 for 90 points. But as the second Wild Card team in the Western Conference, they stunned the Calgary Flames in five games and were one win away from beating the San Jose Sharks and advancing to the conference finals.

Now, heading into the new season, Colorado is widely being projected as one of the favorites to win the Stanley Cup, with the fifth-best odds in the league at +1300.

In this preview, we’ll look at the Avalanche going into the new campaign. Is the hype warranted, or will this year fall short of the mountain-high expectations?

Colorado was hard at work this offseason improving its depth, adding three top-six caliber forwards through trades and free agency in Nazem Kadri, Joonas Donskoi, and Andre Burakovsky. Kadri, along with Calle Rosen, was acquired from the Maple Leafs in exchange for defenseman Tyson Barrie as well as the young Alexander Kerfoot and will be expected to center the second line.

Burakovsky was acquired from the Capitals just days before the July 1 start of the free-agency period, while the sniper Donskoi was signed to a four-year deal just shy of $4 million annually.

The Avalanche also added Pierre-Edouard Bellemare and defenseman Kevin Connauton this offseason. Bellemare is expected to be the fourth-line center and get work on the penalty kill, while Connauton will compete for a spot on the final defensive pairing.

As far as players lost, losing their power-play quarterback Barrie and the underrated forward Kerfoot will hurt, as well as the cap-clearing trade of Carl Soderberg for Connauton. Those three players were all in the top six in total points last season for Colorado.
They also lost longtime starting goaltender Semyon Varlamov, who departed for the Islanders in free agency.

Despite the key players who are no longer on the team, the Avalanche are a significantly deeper group than they were at this time last year thanks to their new additions. They are also bringing back the majority of their team, with a healthy mix of veterans and youngsters. But as was the case last season, the Avs will live and die with their first line.

Nathan MacKinnon has officially entered the superstar territory after another excellent season. The former first overall pick racked up a team-leading 99 points (41 goals, 58 assists) and is a perennial MVP candidate.

He will once again center the 22-year old phenom Mikko Rantanen (87 points) and captain Gabriel Landeskog (75 points). Combining MacKinnon with the playmaking ability of Rantanen and the defensive acumen of Landeskog gave Colorado a line as good as any in the NHL. These three being at the top of their games will make all the difference for the Avs.

Past that dynamic trio, there will be a lot of pressure on some youngsters to break out. A pair of 21-year-olds, forward Tyson Jost and defenseman Samuel Girard, are key pieces to help Colorado make the jump from playoff contender to Stanley Cup favorite.

Then, of course, there’s Cale Makar. The 20-year old defenseman, who was a first-round pick by Colorado in 2017, finished the college season and joined the Avs for the playoffs, scoring six points in 10 games.

One of the top prospects in hockey, fans in Denver will now get to see their exciting rookie all season long.

Finally, there’s the question in goal. With Varlamov gone, Philipp Grubauer will be the main man in the crease this season. Grubauer was effective last season, going 18-9-5 with a 2.64 GAA and .917 save percentage.

He was especially sharp near the end of last season after stealing the starting job, posting a .948 save percentage in the final 15 games of the season. But Grubauer has still never started more than 40 NHL games in a single season, and with newcomer Pavel Francouz as the backup, Grubauer will be the unquestioned starter for the first time in his career. His success as a fulltime starter will go a long way for Colorado’s success this season.

After a 90-point season, oddsmakers believe in the additions and youth movement in Colorado, setting their total at 98.5. Only four teams in hockey are projected to have better seasons, with the Vegas Golden Knights the only team in the West to have more.

There is a lot to like about the Avs going into this season, from their elite first line to youngsters like Makar and Girard anchoring their defensive corps to the new additions like Kadri and Donskoi improving their secondary scoring.

But questions still remain, like the transition of Grubauer to full-time starter or the lack of offensive defensemen besides Makar following the trade of Barrie. There’s also the question of if Rantanen and Landeskog can repeat their exceptional shooting percentages from last season.

Ultimately, there’s just a little too much “unproven” on the team to say they will be a top-five team in hockey. They have all the ingredients to make the postseason and perhaps a deep run after that, but for now, I’ll take the under on 98.5 points. However, if the Stanley Cup window isn’t all the way open this season, it will be wide open by next season.

To no surprise, MacKinnon is a popular pick to take home some hardware this season. At +1000, MacKinnon has the sixth-best odds to with the Hart Trophy, given to the league MVP. He is also tied for third with Sidney Crosby at +1100 to win the Art Ross Trophy as the league leader in points.

Both MacKinnon and Rantanen are players you can bet to lead the league in assists as well, currently listed at +1800 and +2000, respectively.

Here are some other prop bets for the Avs heading into the new season:

Nathan MacKinnon +250 to lead in shots on goal

Philipp Grubauer +1200 to lead in save percentage, +3000 to win Vezina Trophy

The Avalanche open up their season at home for four straight, beginning Oct. 3 against the Flames. Then they go on the road for six in a row, ending with games against the defending-champion Blues and current West favorite Golden Knights.