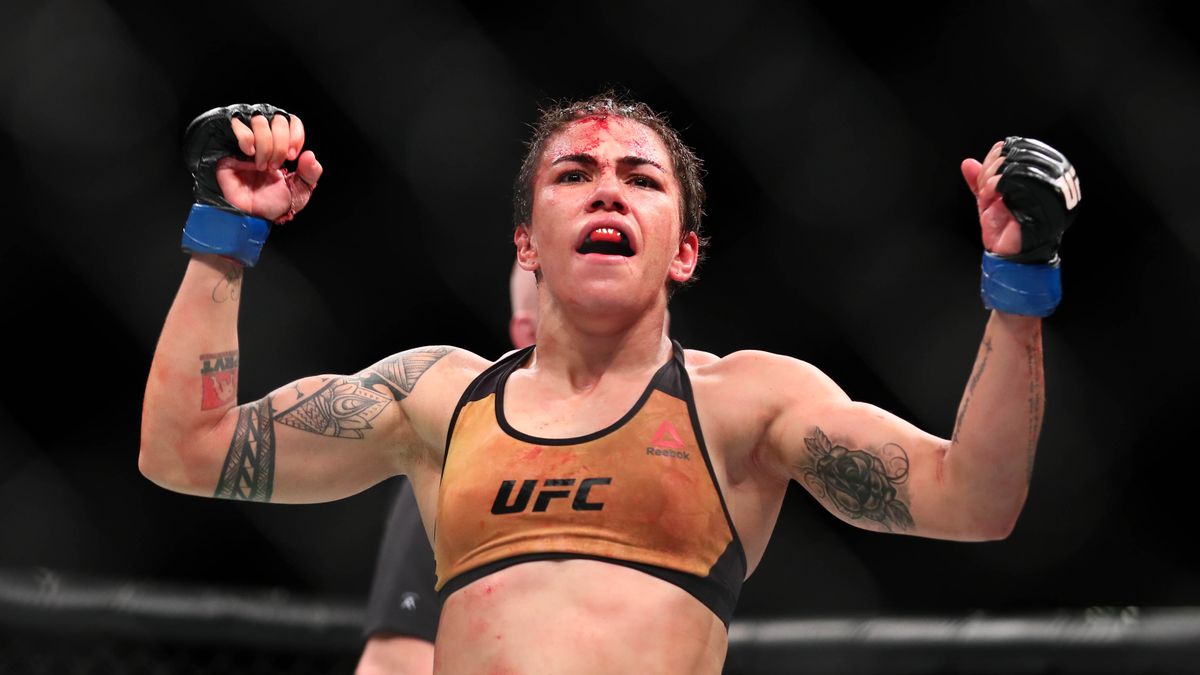 The UFC is making its first trip to Shenzhen Universiade Sports Centre in China on Saturday. The card is being headlined by Jessica Andrade and Weili Zhang for the women’s strawweight belt. In the co-main event, Li Jingliang and Elizeu Dos Santos meet in a fantastic welterweight bout.

The new strawweight queen, Jessica Andrade -175, is making her first title defense since she captured the belt from Rose Namajunas, where she scored a brutal KO-slam victory to claim the title. She is making the defense against a very tough Weili Zhang +145.

Zhang has had quite a bit of hype behind her for some time, as she has a fantastic record of 19-1, and is currently undefeated in the UFC as well. She is coming off a great performance against Tecia Torres, which really solidified her position as a top contender, although Torres has had a rough go in her last few fights.

I am really looking forward to this fight, as we get to see where Zhang is, and how Andrade will handle being the current champion. Andrade is an animal who not only has a fantastic wrestling ability but also carries quite a bit of power in her hands as well.

Recently, the only one able to handle Andrade was Joanna Jedrzejczyk, but she has been ferocious since. I think she matches up well against Zhang, who has a similar style to her. In my opinion, I believe that Andrade will have the advantage in the wrestling and grappling department, but on the feet, I’m not sure who gets the edge.

Maybe a year ago, I’d have to side with Zhang pulling off the win, but considering all of the momentum now that Andrade is carrying with her, I just don’t see her losing right now. I think that the Rose Namajunas rematch would still be the toughest fight for her to take.

No knock to Zhang, who I truly believe is one of the best in the world at 115, but I just think Andrade is finally coming into her own, and that is quite dangerous for any woman in the world. I think it’ll be quite competitive at first, but we’ll see Andrade slowly start to dominate as the rounds go on and cruise her way to her first title defense.

In the co-main event, Li Jingliang meets Elizeu Zaleski Dos Santos in a welterweight showdown that is sure to be fireworks. Dos Santos is riding seven-fight win streak and has looked absolutely fantastic, getting finishes left and right. His most recent win was over Curtis Millender, via RNC in the first round.

For Li, he is coming off a beautiful finish over David Zawada, with a fantastic kick to the body. This fight is sure to be fireworks, and I feel as though Dos Santos will look to push the pace. For Li, he will have the hometown advantage, which I think will be huge, as it is rare for now that we see the UFC in China.

I want to say that this fight will be a great homecoming to Li, but Dos Santos is truly on an absolute roll right now, and I’m not sure if this is the fight his momentum gets stopped. He seems dangerous just about everywhere, and I think, for now, I have to go with him silencing the Chinese crowd come fight night.