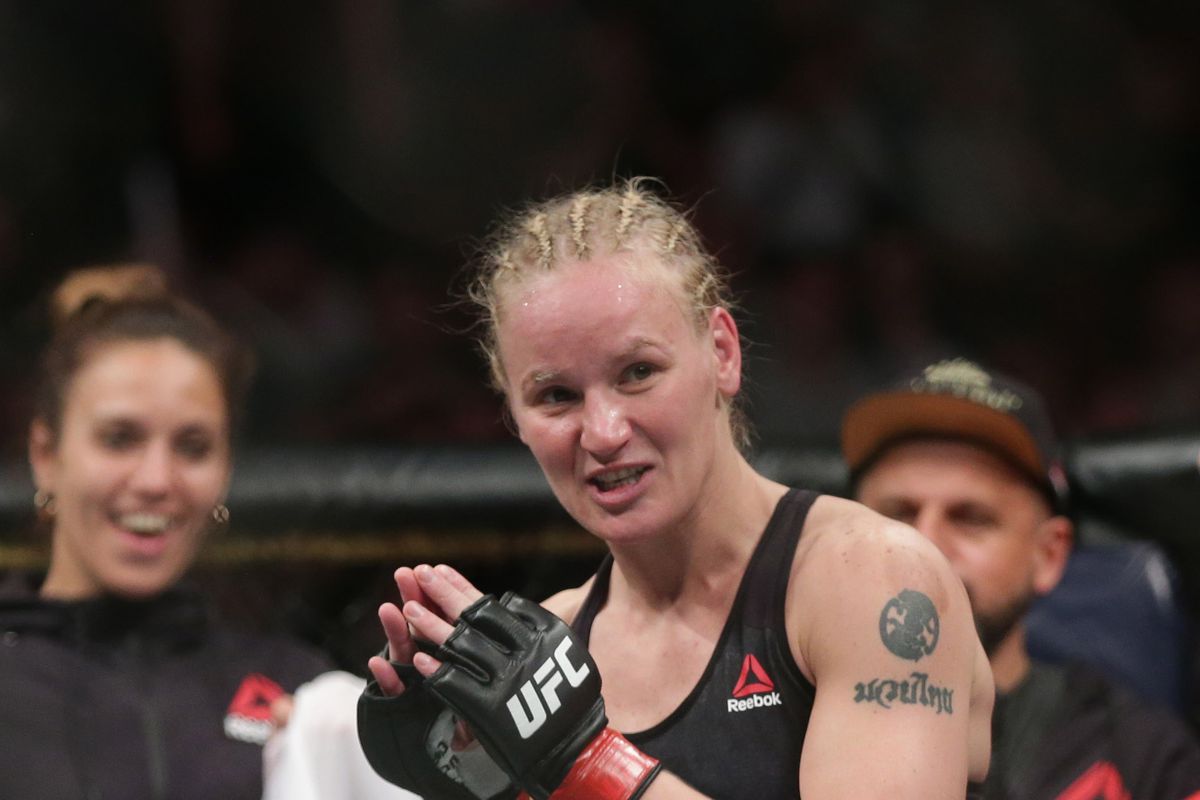 The UFC is headed to the Antel Arena in Uruguay on Saturday where the card is being headlined by a flyweight title fight, with champ Valentina Shevchenko defending her strap against Liz Carmouche. In the co-main event, Vincente Luque takes on Mike Perry in a welterweight clash.

As you can see, the champ Shevchenko is the heavy favorite, and I tend to agree with it. Shevchenko has been an animal at flyweight and looks nearly unbeatable at this point at 125. However, what is so interesting about this matchup is that back in 2010, Carmouche TKO’d Shevchenko in quite brutal fashion.

However, that was nearly a decade ago, and to be quite honest, I don’t think it is a large storyline for this fight, as Shevchenko has improved immensely since then, and though Carmouche has as well, she has had a bumpy road.

Recently though, she has looked good, winning two straight, over Jennifer Maia and Lucie Pudilova. Shevchenko is coming off a brutal KO over Jessica Eye, which extended her win streak to three.

The timing of this matchup is what really seals the deal for me on my pick here. Although Carmouche is a tough, seasoned vet who has been in there with the best around, I just think that Shevchenko is on her way to becoming an even bigger staple in women’s MMA.

Prediction: Carmouche brings some interesting factors to the table, like already having a win over the current champ and having fantastic grappling. However, I really don’t like how her striking matches up in this one.

Shevchenko’s striking is just on another level right now, and at 125, she looks nearly unstoppable. I don’t foresee Carmouche having the same amount of success as she once did, and I believe she’ll be finding herself in trouble quickly on the feet, and I don’t see it making the distance.

I’m a bit torn on this matchup, to be honest. I’m not quite sure if I’m ready to buy into Mike Perry being an elite welterweight at this point. At times, he has displayed great power and force, but at other times, he’s shown many holes in his game that I feel just shouldn’t be there at the UFC level.

However, he has hung in there and even beaten some impressive names, so I’m not saying he doesn’t belong in the organization, I’m just worried about his consistency. He is coming off a solid win over Alex Oliveria, while Luque is coming off a great win over Derrick Krantz and is riding a six-fight win streak.

I love this fight purely due to the attitude Perry brings to the octagon, but I don’t think that the odds should be this close, to be quite honest. Luque has some fantastic wins in his current win streak, which are all finishes as well.

Prediction: I think Perry’s toughness and durability may take him far in this matchup, and I wouldn’t be in total shock if he pulled out a win in dramatic fashion, but all signs for me are pointing towards another win to add to the books for Vincente Luque.
With the impressive win streak, and how complete his game is becoming, it is just hard for me not to pick Luque in this one, and it may not even go the distance.