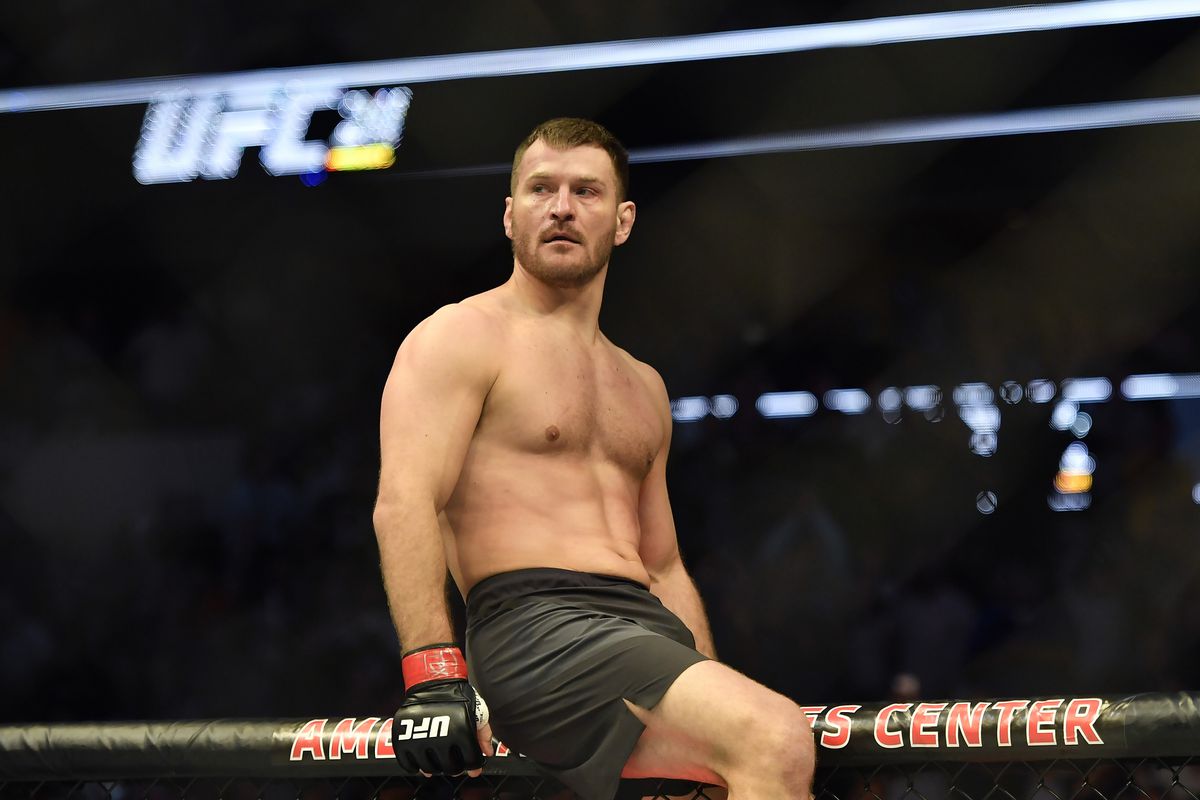 The UFC returns to Anaheim, Calif., on Saturday to set in stone perhaps the card of the year, as we see some top-notch fights. The card is headlined by a rematch between Daniel Cormier and Stipe Miocic. The co-main event sees Anthony Pettis and Nate Diaz clash in a welterweight battle that is sure to be one for the books.

I’m not sure about everyone else, but I am really stoked for this rematch. It isn’t often that a rematch gets me this interested, but when it comes to the case of DC and Miocic, I’m all in. Not only is the narrative of this fight fantastic, but there are serious heavyweight GOAT implications riding on the line in this fight as well.

To refresh your memory, Cormier knocked out Miocic back at UFC 226. The fight was shocking, seeing Cormier grab a first-round KO in the fashion he did was certainly not expected, considering many were talking about Miocic possibly being the greatest heavyweight of all time.

However, since that fight, Miocic seems as motivated as ever, and I expect a much different fight this time around. I’m not calling the first fight a fluke by any means, considering DC made a beautiful read on Miocic, but I think Miocic plays this fight more conservatively this time around.

How The Fight Goes: As I said, I think Miocic will look to establish much better range this time around and not look to tie up so much with Cormier, as that is the Olympic champ’s bread and butter. I think DC tries much of the same, as he’ll need to close the distance in some fashion to win this fight.

The biggest setback I think for Miocic against Cormier will be his speed. He isn’t the fastest guy DC has faced, and I think that will be a big factor in the success that DC will see in the rematch. I don’t think it plays out like the original did, and in fact, I think this is a tough fight for both men.

Overall though, I think DC is just too much of a grinder to lose via decision, and I see this war going five rounds. I think DC’s wrestling and pace will be just a bit too much for Miocic to handle, and we will see Cormier once again have his hand raised via unanimous decision.

Ah, who isn’t pumped for the return of Nate Diaz? Granted, he hasn’t fought since his war with Conor McGregor back at UFC 202, but he finally makes his return once again at 170, this time taking on Anthony Pettis. Pettis is coming off of a beautiful KO win over Stephen Thompson, which gives him quite a bit of momentum in his new weight class.

Many, including myself, are worried for Diaz in this fight considering the long layoff, but I don’t think it will be that much of a factor overall when it comes to fight night.

How The Fight Goes: I think both men give each other issues. For Diaz, I think his boxing, pace, and range give Pettis all sorts of trouble if he is unable to settle in. For Pettis, I think his creativity, kicks, and IQ will give Diaz issues as well.

Diaz has had moments of brilliance inside of the cage, but I really think Pettis is a bad matchup for him, simply considering the dynamic striking that he brings to the table. I see leg kicks and more being brought to Diaz early on, and I don’t think he’ll be able to catch up.

This fight goes the full three rounds, but I think Pettis cruises to a decision win and puts on more volume than his Stockton counterpart.