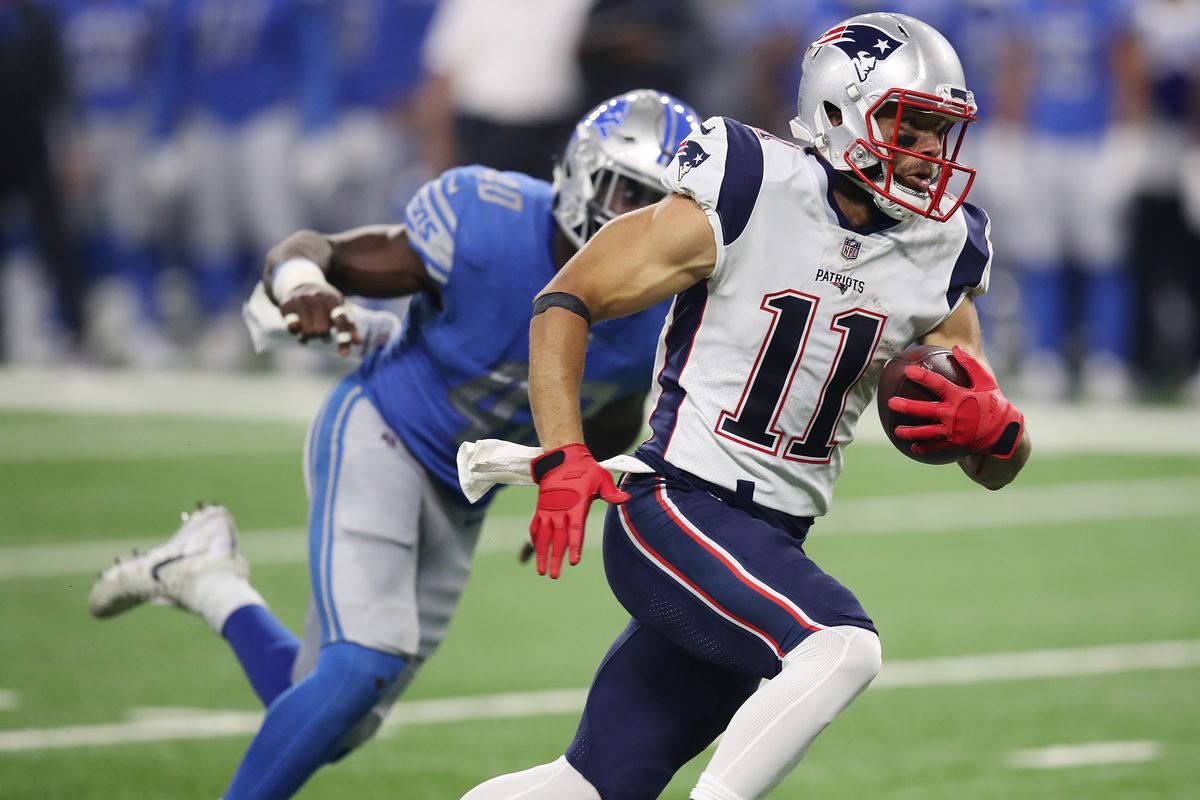 There are a lot of wide receivers that are poised to make significant jumps this season, but there are also some players to be worried about leading into the season based on changes being made across the league. This should mean that there is a lot of value in the WR futures market right now.

This bet is a no-brainer for me based on the situation that the Patriots are in this season. The Patriots lost Rob Gronkowski to retirement and are without Josh Gordon for a bit, the two players that take the most away from Julian Edelman. They did draft N’Keal Harry in an attempt to cover up for some of the void left by those two players, but that isn’t nearly enough to completely cover for them.

Even if it was, last season, Edelman played 12 games and accounted for 850 receiving yards after returning from his suspension. I expect the Patriots to give him MORE targets and receptions a game based on the rest of the team and how good he is at creating separation quickly. Let’s just assume that Edelman’s production from last season stays the same. If that were the case, he would project for 1,133 receiving yards this year.

This is my favorite bet on the board as of right now, and I cannot get away from it.

Julio Jones is likely the best physical freak at the wide receiver position in the NFL, and he often puts up stats to match that characterization. Since 2014, Julio is 3 for 5 on the over for this prop, and he was limited in both seasons that he has missed the mark. Jones has always been a yardage monster, but he has caught fewer touchdowns than what his statistics would lead you to believe.

Julio should again be featured as the best player in this offense, and I think that the Falcons had one of the most indifferent offseasons for Jones. There is no reason for me to believe that he is slowing down or should regress significantly from his stats last season.

DJax is coming into a new offense with a lot of pieces to work with, and I just think that this number is a bit high for the situation. Although the Buccaneers were not a great team last year, their passing attack was good and explosive for a significant part of the season. DJax had 774 receiving yards.

This season, he is likely to share the field with at least three other receivers, two good pass-catching TEs, and a RB by committee that should see a lot of work. Going from an air raid offense to the Eagles’ offense should only decrease Jackson’s statistics pretty significantly.

OBJ has game-breaking ability on multiple fronts, and he is a player that you cannot really gameplan out of the game with his hands and his speed. I expect Odell to have a huge year and to get into double-digits in the touchdown column.

Michael Thomas is the most reliable receiver in the NFL, and I don’t expect that to be any different this season. I am very skeptical of Drew Brees heading into this season as he did struggle airing the ball out late in the season. However, I don’t think this affects Thomas much at all.

Thomas could’ve had 12 or 13 receiving touchdowns last year that were nullified by penalties, and I think that Brees trusts him MUCH more than anyone else on the roster in the red zone. Thomas’ catch rate is absolutely insane, and I think he will produce more of the same this year in New Orleans. I like Thomas to surpass his nine receiving TDs from last season.