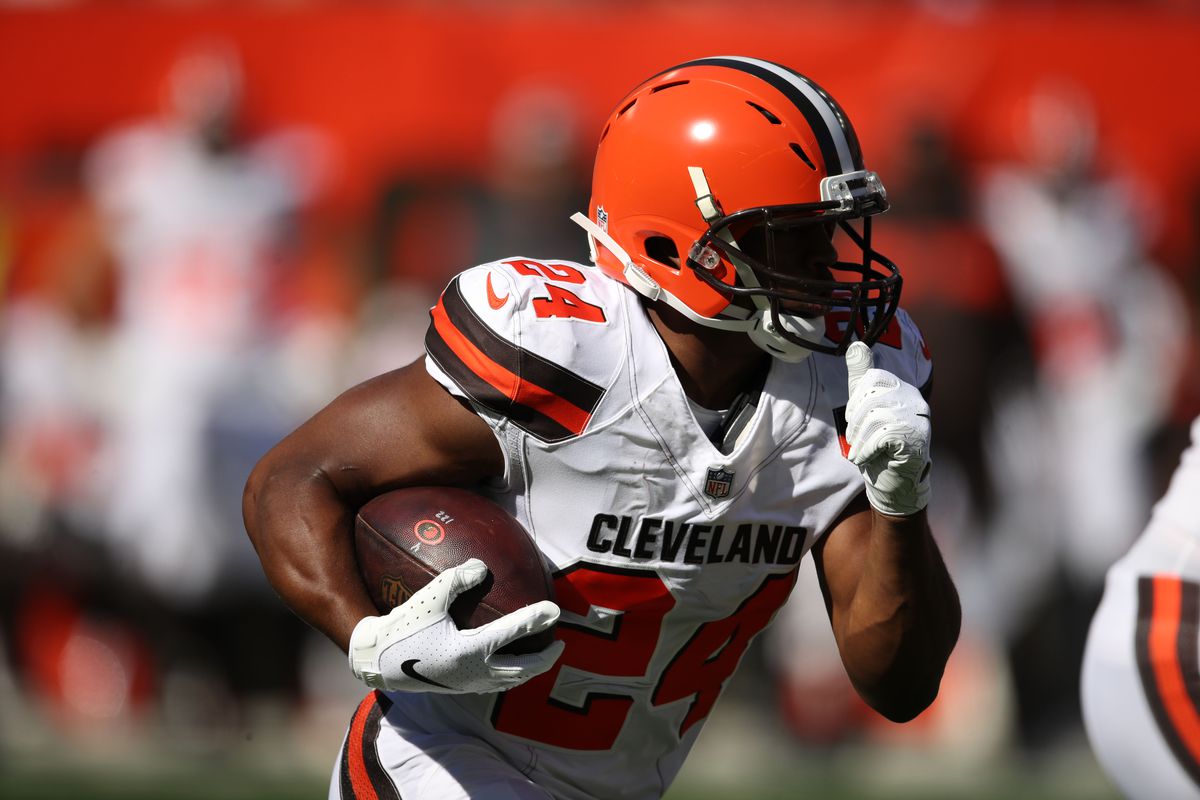 The NFL preseason is now in full swing, and this means that we are going to start to see just what coaches plan to do this year. Running back is a position where touches and a coach’s philosophy matter a lot. This is what I plan on attacking here in the futures market.

Nick Chubb supporters received great news in the last day or so with the news that Duke Johnson was traded away to the Texans for a future pick. I do think that this makes the line very intriguing, but I just don’t think that it is reasonable to project Chubb for this many yards. Any injury to Chubb will likely take him out of the running here.

Overall, I like Chubb this year as a breakout back due to his situation, although I do think that the Browns’ offensive line will be one of their worst units this year. Chubb should be the feature back in an explosive offense featuring Odell Beckham Jr., Jarvis Landry, and David Njoku. This should lead to a lot of touchdown opportunities, but I don’t think it has to result in Chubb being a top 5 back in football on the ground this year.

Kareem Hunt is also a major concern for Chubb’s usage late in the year. Hunt is another elite talent that should be healthy and ready to go for the stretch run of the season. I would not be surprised to see the Browns rest Chubb a bit in the back half of the year, even if they do want Chubb to be “the guy.”

Although it may appear that I am biased against second-year former Georgia running backs, that is not the case. I just do not understand the line on Michel here. Michel has had knee injuries throughout his career, and the Patriots used legitimate draft capital to draft another running back in Damian Harris to go along with Michel, White, and Burkhead.

Reaching 1,120 rushing yards easily makes a player a top 10 RB in the league and likely closer to fifth than it is to 10th. If Michel can have similar production to last season AND stay healthy, I think that he is poised for a 1,200-yard season. That being said, I think that teams will test the Patriots wide receivers, and I think that the Pats will use more backs than they did last season.

Buying low and selling high on Patriots running backs has been a very profitable strategy over the last few seasons, and I think that the writing is on the wall yet again. Why would you spend a third-round pick on a running back to have him play 15 percent of the snaps? This is even more of a question when you consider that they are a contender that could use depth at other positions.

The combination of Michel, Burkhead, and White is more than good enough to avoid taking a third-round running back, but the Pats did it anyways. This leads me to believe that they have real plans to use Harris early and often.

I just do not understand the difference between Marlon Mack and Sony Michel’s projected production. In fact, I actually think that the offseasons of these two teams look to benefit Mack while hurting Michel.

The Colts added Devin Funchess and Parris Campbell, two receivers that should require a lot of attention on the outside, giving Mack more space than he had last year. Per game, Mack and Michel are very comparable backs, and I am WAY more confident that Mack sees the same-to-more touches per game this year as he did last year.

Mack is in an elite offense with elite QB play and five true clear NFL receiving talents in Hilton, Funchess, Campbell, Ebron, and Doyle. This should result in him getting a lot of open space when he gets the ball, something that should allow him to hit the over here if he can stay relatively healthy.