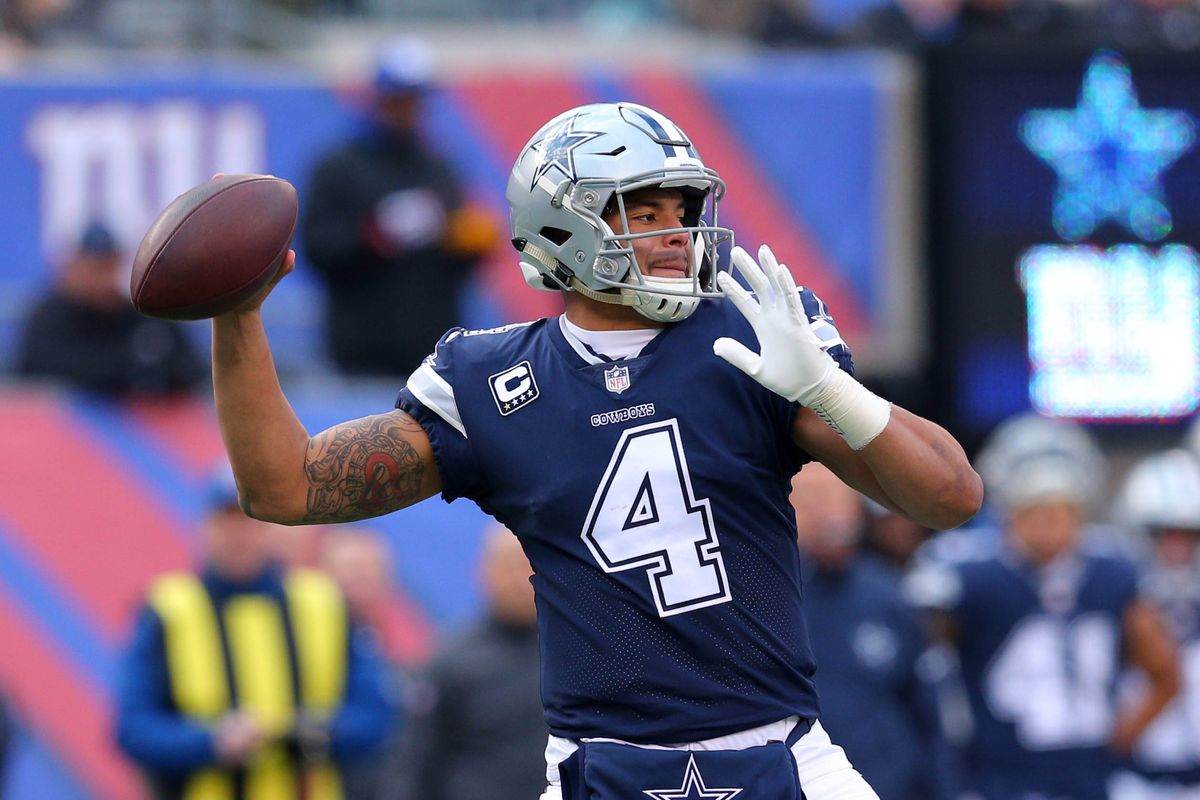 The NFC East appears to be a really good two-horse race in 2019, with two of the league’s weaker teams trailing way behind the Philadelphia Eagles and the Dallas Cowboys in the division. I think that this division will be one of the most talked-about this season, with the ongoing holdouts of Trent Williams and Ezekiel Elliott, the QB situations with the Redskins and Giants, and the young QB battle that could pop up between Dak, Wentz, and then potentially Haskins and Jones.

The Eagles have a really deep roster overall without any huge weaknesses surrounding the team going into training camp. However, the losses of Chris Long, Haloti Ngata, and Michael Bennett along the defensive line is something that is getting overlooked by a lot of people here. Defensively, I expect this team to take a step backward with what is already a secondary that I believe was propped up by good interior play in the first place.

Offensively, I expect this team to distribute the ball more to different playmakers with the notable addition of DeSean Jackson in the offseason, along with the drafting of Myles Sanders and acquiring Jordan Howard to fill out the backfield. I like these changes, but I don’t think that the talent level of these players will drastically change the team, especially the running back additions.

If DeSean Jackson can stay healthy and Dallas Goedert can take another step this season, I do think this Eagles’ offense should be improved. At the end of the day, I just have too many concerns about top-end talent on this team to make them the favorite in this division, and I have no interest in betting them here.

The Cowboys are currently my favorite to win this division on paper, and I think they should be the betting favorite, especially if they do get Zeke back within the first few weeks of the season. This team is built to win with a very cheap but capable QB, an elite WR, and an elite RB, and they have talent on both sides of the line.

I just love the top end of this Cowboys team compared to the Eagles, and that is where I fall when comparing the two. Zeke is the best RB. Amari Cooper is the better wide receiver. They both have elite line play, but the linebacker play and elite players push the Cowboys over the Eagles for me this year.

The other thing that the Cowboys have going for them this year is the change in offensive coordinators. Kellen Moore is a young football mind that should be able to elevate this offense to new levels if he can implement new things that he should into this offense.

If the Redskins get Trent Williams to come back or seem to find a legitimate replacement for him before the season starts, I actually really like the Redskins this year. Jay Gruden is likely on the hot seat and has three QBs in his room that are capable of being NFL QBs. Neither Case Keenum or Colt McCoy will blow your socks off, but this competition between the two and rookie Dwayne Haskins should make them all better and sharper.

If Gruden can find a guy or swiftly transition from one to another throughout the year if necessary, I think this team is a sleeper to surprise people. The defensive line is one of the best in football, and they have Josh Norman and Landon Collins in the secondary as well.

The WR play is not a strong point, but there are a few new rookies with real pedigree and a few vets that can play well enough to win games. More importantly, Jordan Reed looks good in camp, and he is an elite athlete if healthy. The RB room adds Derrius Guice and Bryce Love, two of the more explosive backs in college football for the last few years, to a solid veteran group including Adrian Peterson and Chris Thompson.

The QB, O-line, and WR being the three issues all being intertwined is the issue for this team, but if they can piece them together, this will be one annoying team to play and one that I like at +900

The Giants are already injury-riddled and lacking talent at almost every position. The QB room is one of the worst in the NFL. The WR room has Golden Tate, who is suspended for four games, and Sterling Shepard already has a fractured thumb. The O-line should improve, but it still will not be good.

Evan Engram and Saquon Barkley are both elite athletes for their positions, but I think asking this team to succeed only due to their talent is asking WAY too much this season in this division. The defense sets up to be horrible and lacks any sign of playmakers on that side of the ball. Jabrill Peppers and Janoris Jenkins are not capable of being the most threatening players on an NFC East-champion team.