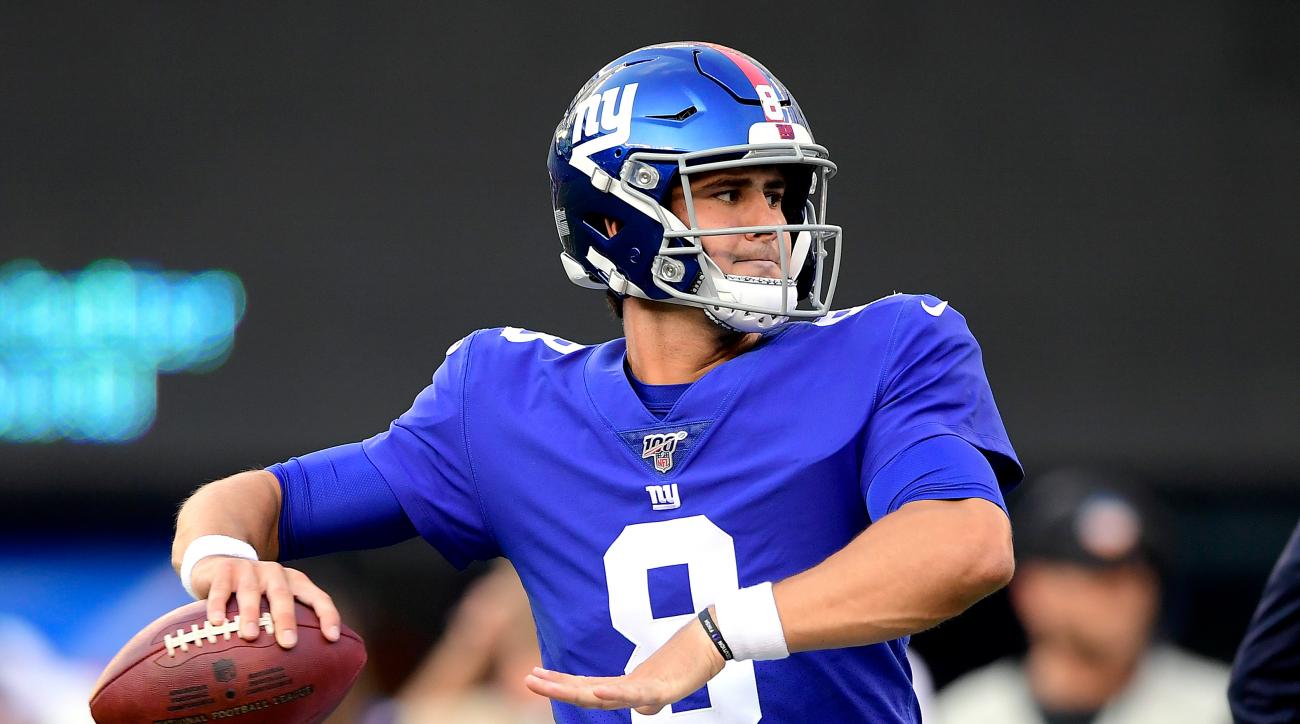 Attempting to predict preseason games before we get a lot of news about playing time is a tough task, but there are a few things that we already know that we should use to our advantage going into Week 3 of the NFL preseason. I want to attack teams with multiple real QBs first and foremost.

The New York Giants are not a super talented team, and neither are the Cincinnati Bengals. The Bengals’ first-team offense is the best unit for either team, but how much are we going to see of Andy Dalton, Tyler Boyd, and Joe Mixon? I don’t think it will be enough to be a real favorite here.

For the Giants, I think that both Daniel Jones and Eli Manning are subpar NFL starting QBs. That being said, they should combine to play most of this game as the Giants need all the practice they can get with the 1s and 2s heading into Week 1 of the regular season.

I am going to bank on the Giants playing talent longer in this game and take the points with them on the road.

I am back again on the Redskins for the third straight week because of the ongoing QB battle. Case Keenum has really been unspectacular so far in the preseason outside of a broken coverage touchdown pass, and I think he needs a lot of work to prepare for Week 1 in a new offense. Paul Richardson and Terry McLaurin are looking like top options in the receiving game, but they have yet to play in the preseason.

On top of the starters getting a lot of run, the receivers and QB in the second half of the game should be about as good as they come. If I were the Redskins, I would play McLaurin and all second-stringers for a good portion of the second half so they can get good tape with Dwayne Haskins in a real offense. Haskins’ receiver talent and offensive line should be comparable to Keenum’s if you want to evaluate them accurately.

The Falcons played Matt Ryan and company for close to the entire first half in their last game, but that was more for the secondary talent than the true starters. Julio Jones didn’t play and won’t play this week, Mohamed Sanu had one target, and Devonta Freeman had one carry. I think Ryan was out there for evaluation, and I would not expect him to play more than a half.

The Redskins defense was really impressive last weekend, and this Falcons offense was NOT, so I think that the first half is basically a coin flip. Once the second half gets going, I expect Haskins to push the ball downfield and eventually take this game by a touchdown or more.

This is likely the last time I bet the Dolphins as favorites all year, but I can’t help it in this spot. This is very dependent on the fact that the Jaguars have been incredibly conservative with their starters in the preseason, and I expect this to continue. This, combined with the Dolphins wanting both Josh Rosen and Ryan Fitzpatrick a good amount of work, should allow the Dolphins to have the clear leg up in this game.

The Jaguars have looked so bad that maybe they do decide to suit up for this game, but until we get news, I am preparing like they will not. I would avoid making this bet until we get confirmation that the better Jags won’t play more than a quarter in this game. The line should not move too much between now and then.