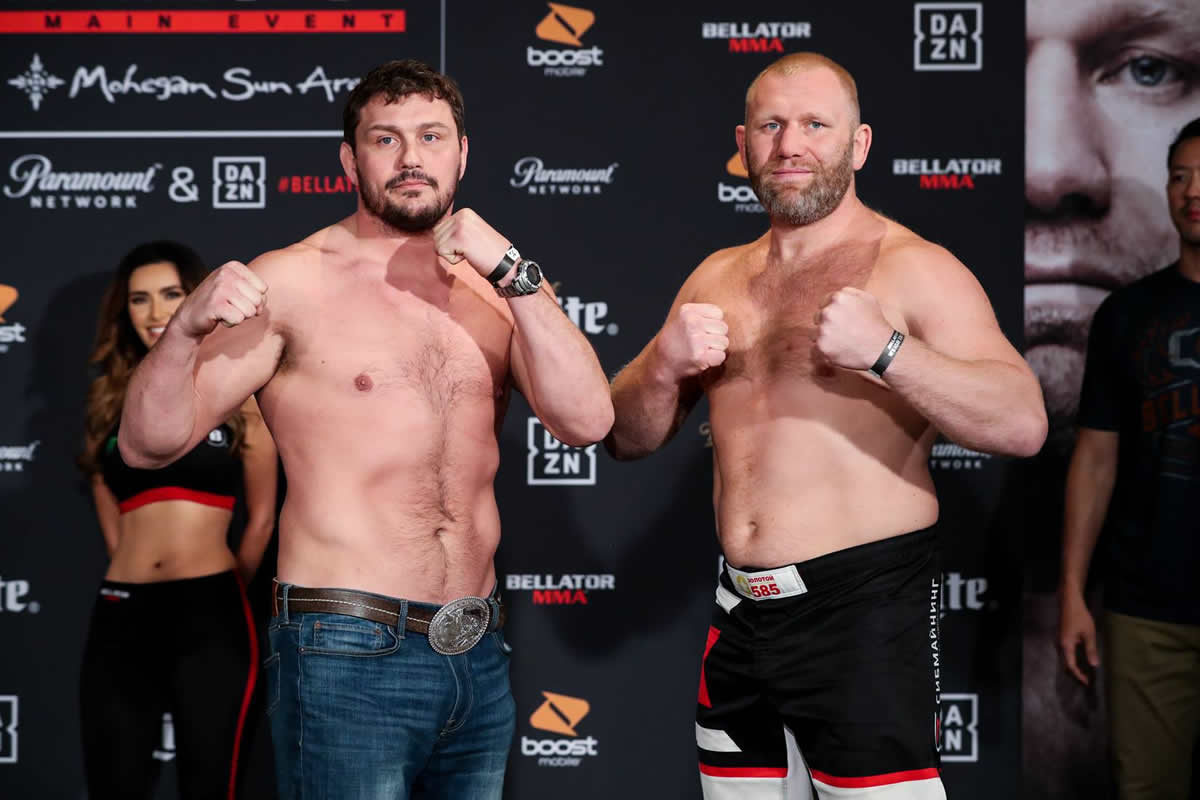 Bellator returns with yet another great card, which features a heavyweight clash between Matt Mitrione and Sergei Kharitonov. It is a rematch of an unfortunate first fight, which ended with an accidental groin kick thrown by Mitrione.

In the co-main event on the night, there is yet another heavyweight fight, which is between Vitaly Minakov and Javy Ayala. It is a chance for Minakov to regain momentum into him seeking his return to the title; while Ayala has an opportunity to solidify himself as a legit heavyweight contender and set himself up for a massive fight.

In the main event, Bellator is offering a great headliner, and I cannot be more excited for. Matt Mitrione has long been a great heavyweight contender, regardless of the organization he’s fought for. However, he has yet to reach the pinnacle, and at the age of 41, Father Time is certainly not on his side at this point.

I think both men at this point realize that this fight is crucial in their career, so I expect to see both guys be ready to throw bombs. Mitrione has a rather unique style, but one thing is for sure, the guy carries quite a bit of power with him.

For Sergei, he is technically sound and has a considerable amount of experience that he brings to the table. However, the most impressive thing to me is his skills on both the feet and on the ground.

Overall, I think this fight can truly go either way at this point. However, if I do have to give an edge to Kharitonov, due to his experience and I think he’s just a bit more polished everywhere than Mitrione.

I think emotions will be riding high, and I see it ending up in a rather early finish, possibly a 2nd round TKO win for Sergei.

The co-main event has yet another great heavyweight bout included in it, which sees Vitaly Minakov and Javy Ayala. Similar to the situation that Mitrione and Kharitonov are in, I think this is also is a crucial fight for both Minakov and Ayala.

I think that Minakov has long been a top heavyweight and suffering his first loss to Cheick Kongo certainly seemed like a frustrating one for him to bear. I think that with the pressure of being undefeated gone, Minakov will come out more motivated than ever, and look up to make up for lost time after being inactive for a while.

For Ayala, he is coming off a great win over Frank Mir. However, Mir has been on quite the losing streak, so I’m not sure just how well that speaks in this day and age. However, he is still coming off of a win nonetheless and will look to enter serious contention with a win over Minakov.

Overall, I don’t think this is as close as the main event, and I think this is Minakov’s fight to lose at this point. Yes, he is coming off of a loss, but it was his first and with a record of 21-1. Being the former Bellator champ, with a win on Saturday night, I don’t see him far from a title shot.

I think Minakov wraps this up within two rounds, whether it be on the feet or the ground. I think he has dominance anywhere he goes, as Ayala just doesn’t seem ready for this level yet.