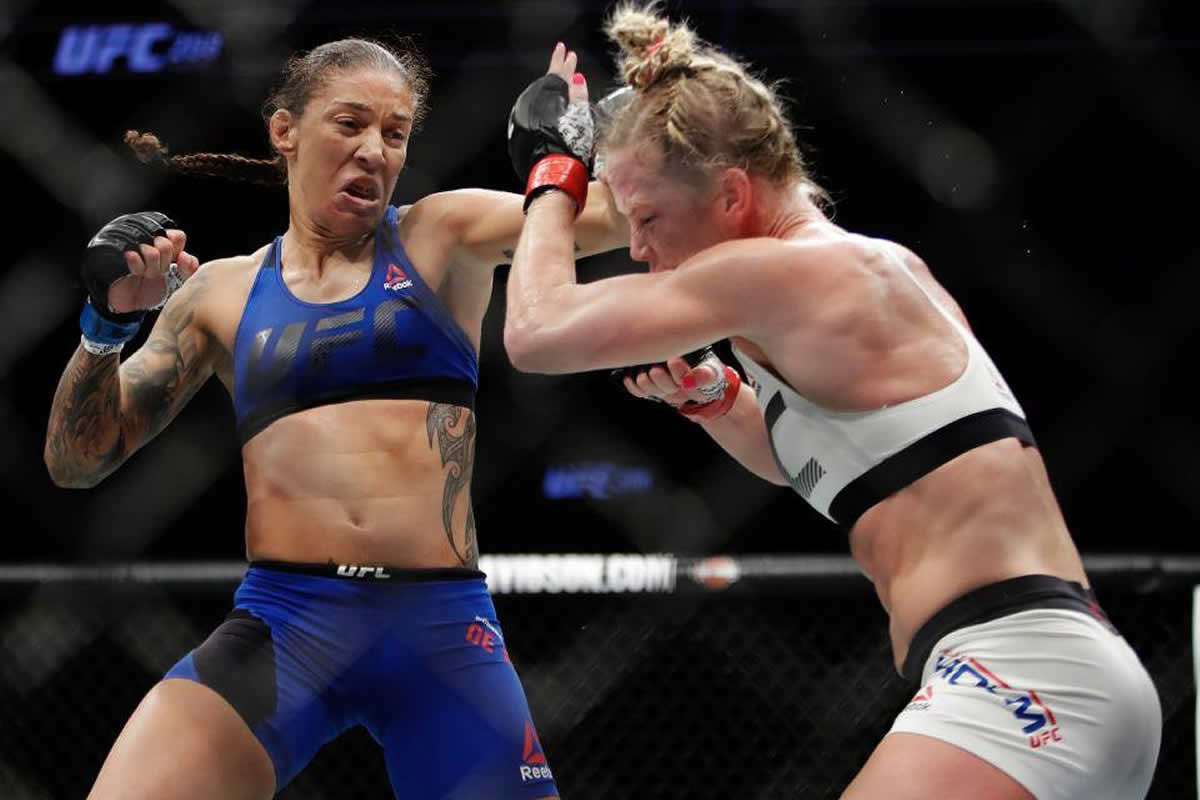 The UFC takes its next fight night to the Golden 1 Center in Sacramento on Saturday night. In the main event, we’ll see former women’s featherweight champ, Germaine de Randamie take on undefeated prospect Aspen Ladd. In the co-main event, “The California Kid,” Urijah Faber, makes his return from a short retirement to take on Ricky Simon.

Germaine de Randamie has perhaps had one of the oddest UFC careers to date. She reached a peak when she defeated Holly Holm to claim the women’s featherweight title in 2017. Then she was stripped of the title due to lack of activity, then came back in late 2018 to defeat Raquel Pennington via unanimous decision.

Her opponent, Aspen Ladd, is a promising women’s bantamweight who has looked strong in her undefeated run thus far. She is 3-0 in the UFC, defeating Lina Lansberg, Tonya Evinger, and Sijara Eubanks. She carries a lot of power, and her explosiveness has made her one of the most exciting prospects to watch come through the rankings.

The current odds have de Randamie at +145 and Ladd at -170. I think the odds seem to be spot on in this fight. Ladd is on a tear right now and has looked dangerous ever since she stepped foot inside the octagon. Germaine has had her moments and has beaten many tough veterans, but you feel as though her lack of activity going against a hungry prospect may not end well.

Official Pick: I see Ladd using her forward pressure and ending up cracking Germaine late in the third, wrapping this up via TKO on the ground.

Urijah Faber is returning after a rather short retirement, which saw him hang up his gloves in 2016 after defeating Brad Pickett via unanimous decision. I’m not expecting a vastly improved Faber, but he is always a threat with the amount of experience he has.
His opponent, Ricky Simon, is a young gun from Vancouver who is currently 3-0 overall in the UFC. He has racked up wins against Merab Dvalishvili, Montel Jackson, and most recently, Rani Yayha.

The current odds have Faber at +290 and Simon at -380. I think this will boil down to who is able to get the better positioning on the ground, and I feel like Faber will have that edge. The Yayha win was impressive for Simon and showed he can hang with world class grapplers, which should be something to keep in mind. However, Faber has been in there with some of the best around, and I wonder if Simon is on this level yet.

Official Pick: As big of an underdog as Faber is here according to the lines, I still think the gritty vet gets the job done. He’s fought the who’s who of the bantamweight and featherweight divisions, and I think his experience will shine through three rounds, giving Faber a unanimous-decision win.

Official pick: This fight is a guaranteed barn burner, but I like Bektic to finish this fight via TKO in the second. He’s durable and powerful, and I wonder about Emmett’s chin sometimes.

Official pick: This fight is so close in my head. However, I’m going with Dariush based on his superior grappling ability. His win over Dober said a lot, and I think he pulls off a second-round submission against Klose.