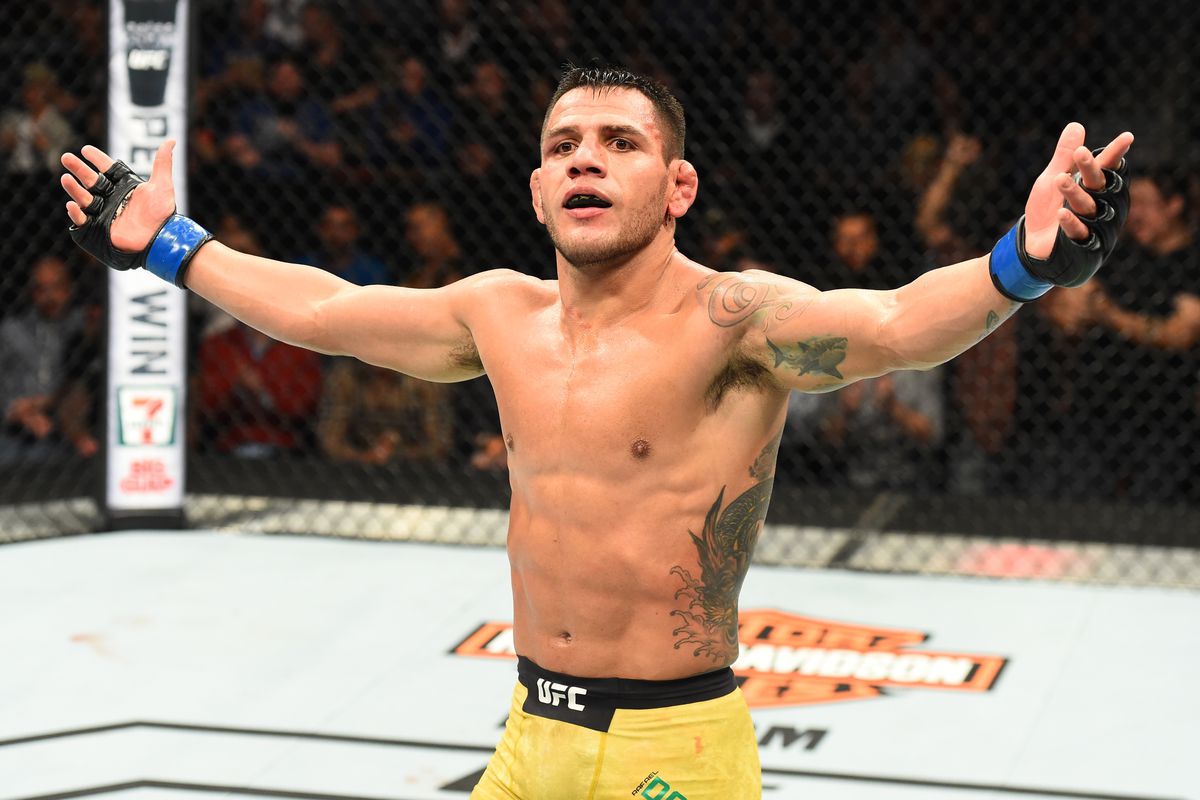 UFC on ESPN  is set to take place in the AT&T Center, in San Antonio, Texas, on Saturday. The card is headlined by former lightweight champ Rafael dos Anjos, who takes on Leon Edwards in a crucial welterweight showdown.

The co-main event sees two heavyweight contenders collide in the Lone Star State, as Aleksei Oleinik is set to square off against Walt Harris. This card is packed with many great fights and is lining up to be an entertaining one, to say the least.

RDA is a serious force at welterweight. Despite rather disappointing losses at 170 to Colby Covington and Kamaru Usman, the former lightweight champ looked great in his latest performance, a submission win over Kevin Lee.

For Edwards, he is on a tear, winning seven straight thus far ever since dropping a decision to Kamaru Usman in late 2015.

I feel quite confident in who I see being the winner of this fight. The odds are as follows:

I’m quite honestly shocked here. I believe RDA should be the favorite here, and by a big margin. Sure, Edwards has beaten some top names, like “Cowboy” Cerrone, Gunnar Nelson, and Vincente Luque. However, Dos Anjos is a completely different animal.

I can see how many view this fight close on paper, though, as both men have solid grappling and striking abilities, but I think RDA is just better everywhere, besides wrestling. Wrestlers have seemed to be Dos Anjos’ kryptonite of late, and I think part of that is due to his size at 170.

However, this is the main event, meaning there are five rounds to go, and RDA has a good gas tank and has amazing BJJ. On the feet, I think it’ll be about even, with RDA being able to land the harder shots.

Prediction: I see Edwards looking sharp and crisp in the early going. However, as time goes on, I think RDA will start to pull away and work his way into earning a third-round submission over the England native.

This fight doesn’t have that much promise for fireworks, but I do expect some beautiful wresting and BJJ to take place. Oleinik and Harris is a really interesting matchup, considering that Oleinik is an absolute animal on the ground, while Harris is a KO artist, with all 12 of his wins coming by way of KO/TKO.

Harris recently is coming off of a quick TKO of Sergey Spivak, while Oleinik is coming off a loss to Alistair Overeem, being TKO’d in the opening round.

My biggest question in this fight is will Harris land a solid KO blow before Oleinik can wrap him up? Or can Harris defend Oleinik’s submission attempts/takedown attempts?

I’m quite torn here, and I think in order to make a pick, I’m going to have to go out on a limb for either fighter.

Prediction: I’m going with Harris on this one as I feel that he is finally coming into his own, and this is the path into entering the heavyweight elite. I see him wrapping this fight up in the first round via KO and making a loud statement to everyone else in the division.