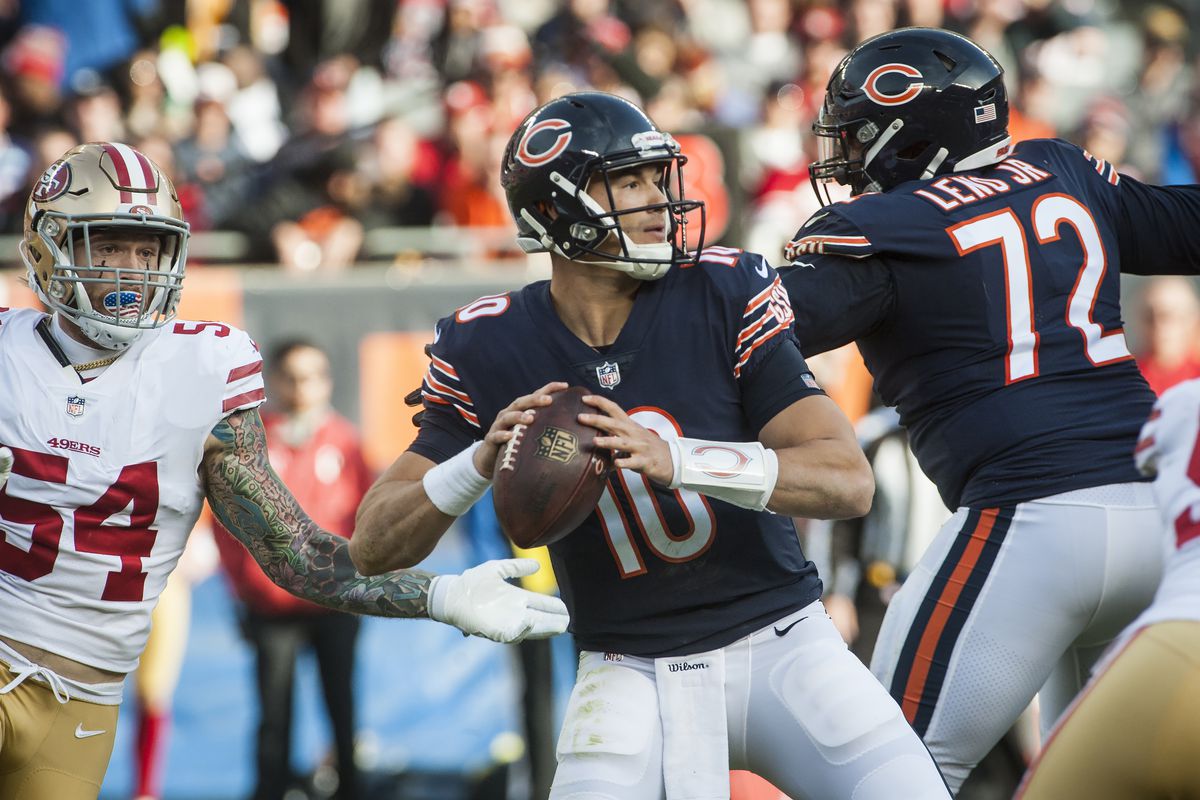 The NFC North is one of the most competitive divisions in football, and it shows by the tight odds between the Bears (+160), Packers (+195), and Vikings (+240). This division has been hotly contested for years, and even when one team pulls away, the overall talent gap is not too big. The Lions are behind here at +1400, but they are not a horrible football team and are capable of stealing wins down the line.

The Bears come into this season as the favorite to walk away with the NFC North title, but they will have a lot of work ahead of them if they plan on repeating in this division. Head coach Matt Nagy was really impressive last year on the offensive side of the ball in his first season as the team’s head coach, but they did lose their defensive coordinator to the Broncos.

Vic Fangio had a phenomenal year as Bears DC last year, and it will be interesting to see how much of his success last year was talent-related. I think that the Bears’ offense should improve with Mitch Trubisky growing as a pocket passer in the NFL, but I wouldn’t be too surprised to see the defense take a slight step back. Playing elite defense for multiple years is tough to do in the NFL, and the Bears will need to do so to stay on top.

Overall, the Bears are my favorite to get out of this division, and I like the +160 you can get on them right now.

Matt LaFleur takes over for Mike McCarthy in an attempt to liven up the Packers offense with Aaron Rodgers likely shifting towards the downturn of his career in the near future. The good news for the Packers is that there probably couldn’t be much worse offensive schemes out there, but LaFleur and Rodgers have already bumped heads a bit.

The Packers have drafted relatively well in recent years, and I think their defense should be improving as they gain experience, but this team will still need to rely on Rodgers and Adams to carry the load. I expect the Packers to be a very interesting and potentially streaky team this year, which is why I don’t have a ton of confidence.

Rodgers seems skeptical of the coaching staff, and I think a bad start could really make things ugly.

The Vikings were very disappointing last year, and I think that they are the biggest threat to the Bears this season. Kirk Cousins really struggled to get his feet under him in Minnesota, and that caused both Adam Thielen and Stefon Diggs to have up-and-down seasons. Both still produced well, but they were clearly not as comfortable as they were the season before.

The Vikings defense continues to look like a stout unit, and I think that they should be reliable once the offense clicks. I think the most likely outcome for this team is a slightly above-average team competing for a wild card berth late in the season.

The Lions are a below-average football team that lacks elite talent compared to the teams in this division, which is why they are getting no credit here. I have no interest in this team to win this division because there are too many teams to beat here.

The offense has an up-and-coming Kenny Golladay, but an overpaid Matthew Stafford is holding this roster back from making many key acquisitions that they need to be competitive. The defense is not the worst, but it lacks the elite playmakers that you need to rely on if you don’t have a great offense.