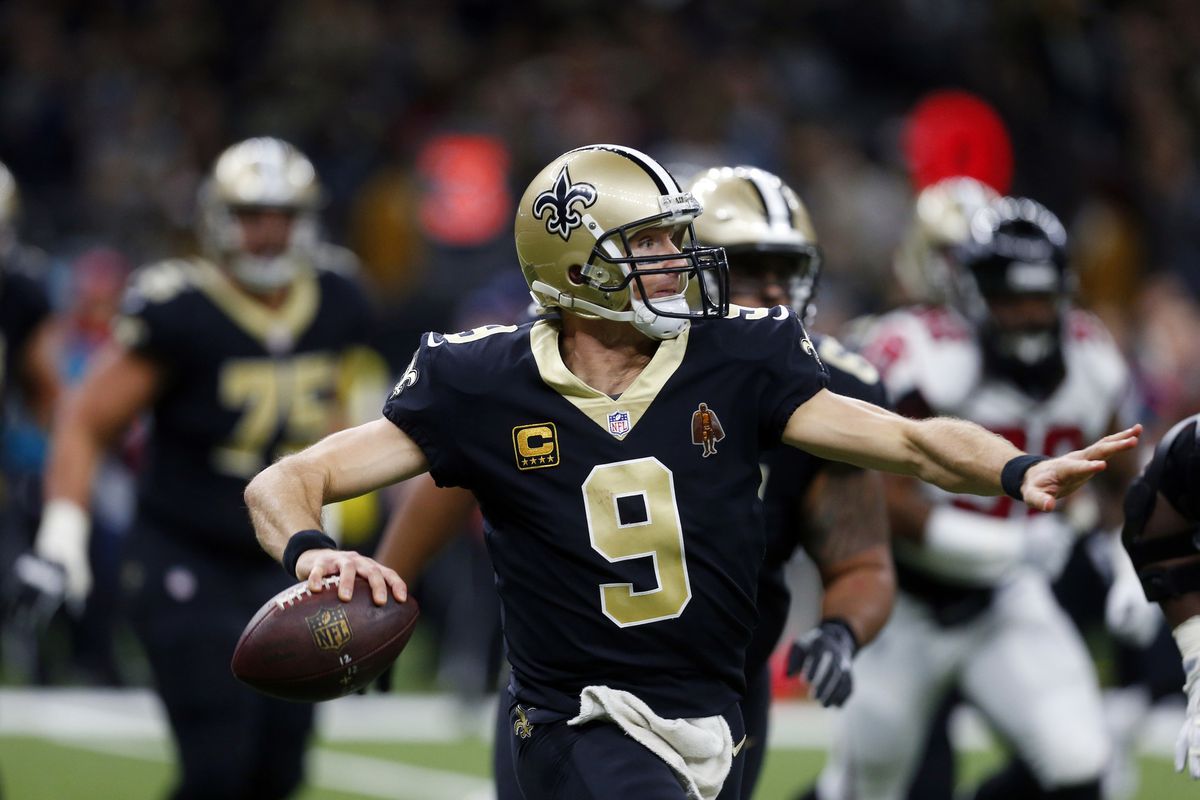 The NFC South has been one of the better divisions in football for the last five or so years with two to three really competitive teams and one true Super Bowl hopeful in most seasons. This year, the oddsmakers are projecting a slight dip towards the bottom of the division, but they do still have the New Orleans Saints as a top-three team to win the Super Bowl this season.

This team should be very similar to last season’s team when it comes to production and who they rely on. Wide receiver Michael Thomas is currently holding out for a new contract, but that issue should be handled pretty soon, and I expect him to be on the field come week 1. Alvin Kamara will not have a true backfield mate this season, but he should be able to carry even more of the load this year in his third season after having two years to build his smaller frame into a true NFL RB type.

The biggest question I have with this team offensively is actually Drew Brees. Brees’ arm looked pretty bad towards the end of last season, and I THINK that this was due to a lingering shoulder injury that happened about halfway through the season. The Saints offense didn’t get that much worse down the stretch, but I do think that if this is simply the aging of Brees, they could have problems moving the ball downfield.

The defense took a step back last year, but I do think that the unit as a whole should be on the better half of NFL defenses, and their offense should continue to mow through teams as it did most of last season.

I like the Saints in this division a lot at -180. I think that I would probably hold off on the bet until I saw good news/reports about Brees in early preseason workouts, but I wouldn’t argue with anyone that did not want to wait.

The Falcons are a very interesting team that got absolutely destroyed by the injury bug last season, especially on the defensive side of the ball. The Falcons defense should be much improved from last season if they remain healthy, but I still don’t see this unit as being elite defensively.

The offense here is also relatively unchanged besides the loss of Tevin Coleman, although Coleman had an injury-riddled career with the Falcons. The Falcons return Ridley, Jones, Sanu, and Hooper, and I am relatively neutral on this skill position group because it feels stale to me.

They do have real potential, but they just seem to be a solid offense, especially without Kyle Shanahan on the sidelines anymore. I get the interest in Atlanta at +350, but it’s not for me.

The Panthers are my favorite team to bet right now because of their overall upside as a team. Cam Newton is participating in preseason activities this week, and that was the biggest issue coming into this season for the Panthers. They have two really talented receivers in D.J. Moore and Curtis Samuel, and I think that Christian McCaffrey has a case as a top-three running back in football.

The Buccaneers have a new coaching staff leading the way this year, but I don’t think that the results will change too much. This team has questions at running back and the entire defense in all reality.

I do think that this offense could surprise some people with Byron Leftwich as the OC and Bruce Arians as the head coach. Jameis Winston is not super consistent, but he does make big plays at a high rate.

However, this defense should still look pretty rough. They did draft Devin White at pick No. 5 to shore up the middle of the field, but they just lack a lot of playmakers on the defensive side of the ball. I think that is going to be really tough in a division where you see Kamara, Thomas, Jones, Freeman, Samuel, and McCaffrey twice a year.

I want nothing to do with betting the Bucs to win anything this season.