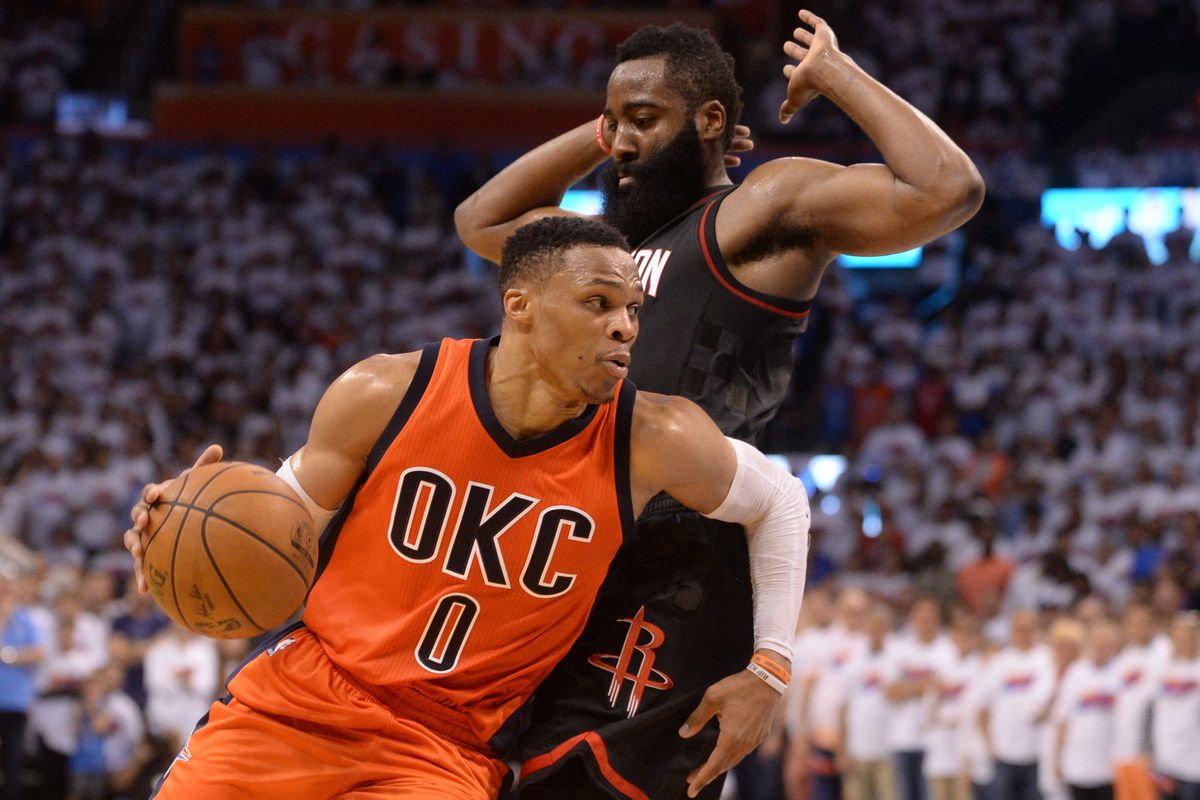 Folks, we have had as crazy an offseason now, perhaps as we have ever seen. More wild than LeBron’s first two decisions to leave his teams. More than Durant going to the Warriors, or Dwight Howard being traded to the Lakers.

The Big Three era is effectively finished now, and it’s all about superstar duos. The Clippers found theirs in Kawhi Leonard and Paul George. The Lakers added Anthony Davis to pair with LeBron. Denver already has theirs in Murray and Jokic. And out of the blue, Houston acquired Russell Westbrook Thursday night, pairing with his old friend from OKC, James Harden. Utah already has its duo of Mitchell/Gobert, further enhanced by the addition of one of the league’s most underrated guards, Mike Conley. Let’s not forget GS turning KD’s departure into All-Star D’Angelo Russell, who forms a unique partnership with Steph.

In the East, we really haven’t seen too many insane changes. But the Heat traded Josh Richardson to bring in Jimmy Butler, who seems very happy to be in Miami. They moved Hassan Whiteside to acquire a stretch-5 who had 30 points and 12 rebounds in his last game in Meyers Leonard. Philly added Al Horford, the aforementioned Richardson, and kept Tobias Harris on a wildly expensive contract. Boston replaced Kyrie with Kemba Walker, a move that materialized rather quickly. Milwaukee lost Malcolm Brogdon to Indiana. Toronto losing Kawhi all but ends their long run of postseason appearances from the past decade and makes sure they cannot have a chance to “run it back.”

One thing we did get in the East is a “super team” in Brooklyn. This version of the Nets has the potential to achieve far more than the KG-Pierce-Deron Williams lineup ever did. They brought Kyrie Irving home, and they will have multiple years of Kevin Durant after he returns from his Achilles injury. DeAndre Jordan is coming to protect the rim, and they filled the roster out nicely. If Kyrie is at his best, a trip to the ECF would not be the craziest thing.

AND NOW … The teams with the best odds to win the title.

None of us should be surprised by this. They had to trade their draft picks for the next six years to make it happen, but it got them Paul George. This, in turn, enticed Kawhi Leonard, who recruited him hard, to join them. They have PG and Kawhi, two of the best in the game, together. And an immensely talented defense around them with Harkless, Beverley, Shamet, and more. Add in Lou Will and Montrezl Harrell scoring big off the bench, and you have a scary bunch. Can Doc bring the title to LA’s “other team?”

Tied with the Bucks for the second-best odds, LA is going to probably put an end to the longest playoff drought in franchise history. They have LeBron. They have his old foes in coach Frank Vogel, Rondo, Avery Bradley, and Quinn Cook. It’s crazy how many of his rivals from the late 2000s and 2010s have become his teammates the past two seasons, but they have strong depth now and the addition of Cousins, who should be healthy, could be a major one. They will challenge the Clippers.

The road to the Finals in the East should go through them. They lost Mirotic and Brogdon, but re-signed Brook and Middleton, plus got Wes Matthews on the veteran minimum, signed Giannis’ older brother, and brought in Brook’s twin brother, Robin Lopez. If the Greek Freak can reach a new height this year, adding to his game, they should be able to hold off Philly.

WELL … they brought in Russ to pair with Harden, recreating what was supposed to be glorious in OKC. They only had to move CP3, who had a poor playoff run last year, so this makes them a legitimate contender once again. With the Warriors no longer looming, the West is full of other threats. If Russ and Harden can coexist successfully with only one basketball, this is going to be insane.

Tied with Houston for the fourth-best odds, and right behind MIL, this Sixers team could do it. Their starting lineup will feature two potent bigs in Embiid and Horford, something teams outside of the Pistons (and Jazz) still run. They can both spread the floor but are not the quickest. If they can work, and Tobias can successfully shift back to the 3, it could. Ben Simmons’ jump shooting has never been more important. A lot of moving pieces here but if they can come together in the late part of the year, they could make a run to the Finals.