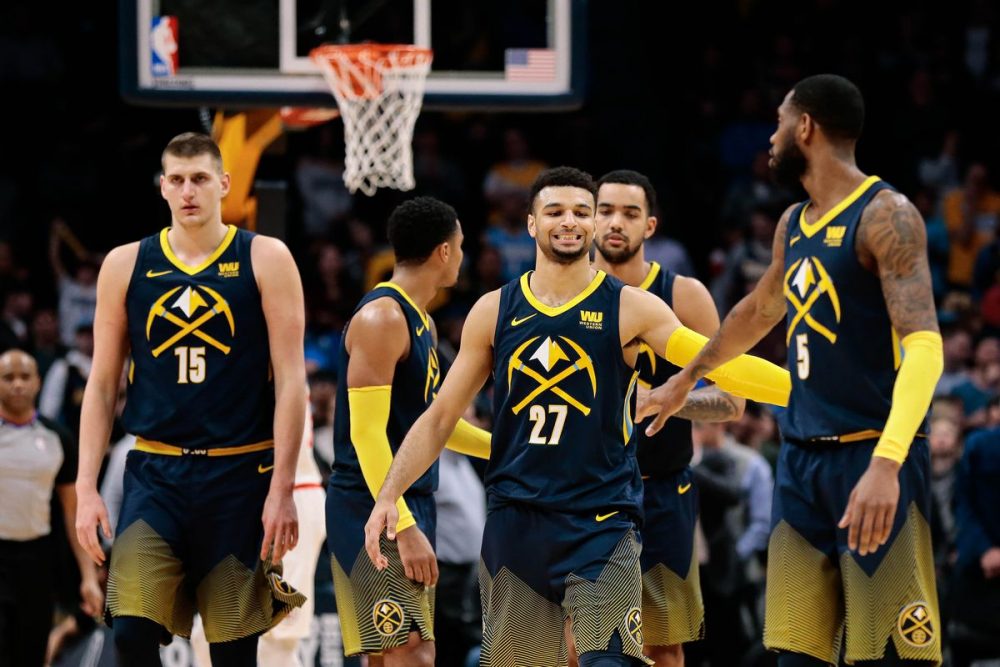 Last season, the Denver Nuggets qualified for the postseason for the first time since George Karl left, a great sign for the franchise moving forward. And they did so with flying colors, finishing the regular season with the second-best record in the Western Conference. They defeated the Spurs in an unexpectedly-exciting seven-game series before falling in a Game 7 against Portland. They missed out on a golden opportunity last year to face a wounded Warriors team in the WCF, but we have not heard the last of them.

Denver had to do something to improve after looking at what the teams around them (Clippers, Lakers, Rockets, Jazz) all did to make their rosters better. They really didn’t do much, but what they did is going to matter. First off, they will be (HOPEFULLY) getting Michael Porter Jr. healthy, and we know he is capable of being a dynamic two-way player. They drafted the immensely talented and huge Bol Bol, who will have a chance to potentially get a few minutes here and there.

The biggest move they made cost them a first-round pick and nothing more. Jerami Grant, a very underrated part of OKC’s success last season, comes in to get minutes at both the 3 and 4 spots. He can defend the rim, knock down the three, and is one of the league’s more athletic players. He improves them IMMEDIATELY.

So how does the team stack up in the new West?

This is still a team with a superstar in Nikola Jokic, and a rising star in Jamal Murray, who just signed a five-year max extension to remain in Denver for the next half-decade. Paul Millsap opted into his player option (how could he not for $30 million?). And they are coming into the season healthy.

The player who made the biggest impact out of nowhere last season was Torrey Craig, who should have the opportunity to do so once again. He took over for Will Barton in the starting lineup during the postseason, his defense an integral part of the team’s identity. That position will be stronger with Porter now in the fold, and Barton healthy once more. He missed three months during last season.

Their Murray-Harris-Barton(Craig?)-Millsap-Jokic starting five is one of the better ones in the league next season, and they can beat teams with their lockdown defensive ability, or just straight up outscoring them. Watch for Jokic to ascend to top-three-in-the-MVP-race status.

Fifty-four wins were good enough for the second-best record in the conference last season, but it’ll likely take 59-60 this time around. Denver was terrific a year ago and will only look better with the additions of their new wings. But now, there will be very few nights off in matchups with their Western Conference foes. Every night is going to pose a challenge, so player rest may be a bit tough, with fewer teams to do this against.

Jokic’s game has improved every year he’s been in the league, and yet there are still other areas he can upgrade. Murray’s confidence should be through the roof now that the team has entrusted him as the franchise PG, paying him like the star they expect him to transform into. Having Grant in the lineup allows them to sit Millsap and still play long lineups, not having to use Plumlee next to Jokic.

The continued strong bench play from Morris/Beasley will also be huge, as any time you can have two guys scoring 10+ ppg off the bench on the nightly, you will be a tough out.

Prediction: OVER… DEFINITELY the over. Denver will win in the ballpark of 53-58 games