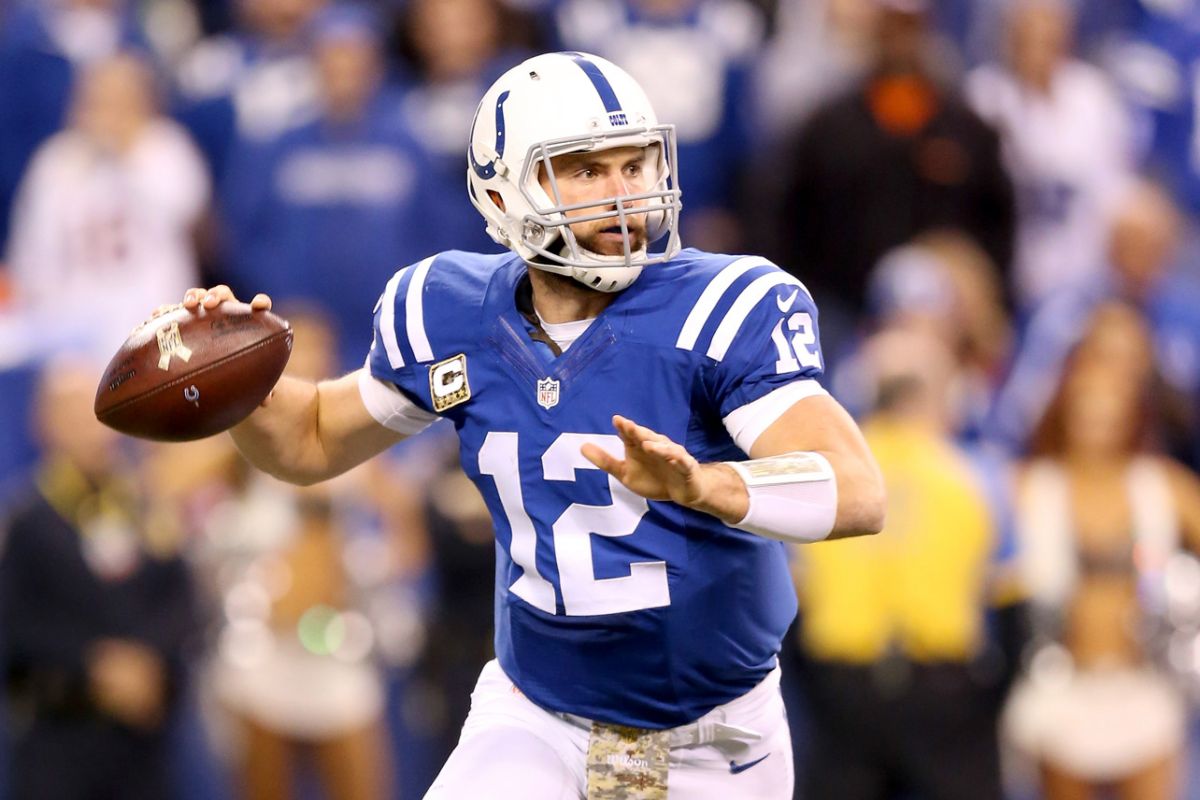 The quarterback position is always the most talked about heading into the season, but this year has been pretty quiet in terms of injuries, battles, and coachspeak so far. This doesn’t mean that we can’t speculate on which QBs are in for a breakout year and which may just break down.

Andrew Luck is poised to have a breakout year with his shoulder back to 100 percent before camp starts and a few new toys in the wide receiver room. This is my favorite QB bet on the board for a bevy of reasons, but let’s just hit on the key ones here.

Luck threw for 4,593 passing yards last year with a SIGNIFICANTLY worse receiving group around him. He quickly lost one of his favorite targets in Jack Doyle, but this led him to find another favorite target in Eric Ebron. Now the Colts add 6-4 Devin Funchess and YAC-God Parris Campbell to the mix over Ryan Grant and Chester Rogers.

Funchess should give the Colts what is almost a third TE body in the red zone, and they also have probably THE fastest WR duo in the NFL with TY Hilton and Campbell. Campbell had one of the best yards-after-catch seasons ever in college football last year, and he could really help boost Luck’s stats even more with more screens turning into 25-yard gains.

The second key here is that Luck was not healthy to begin the season last year and struggled throwing the ball downfield for a lot of the first half of last season. If Luck can replicate the numbers he put up after the Week 9 bye last year, he would be looking at an average of 300 yards per game or 4,800 yards next season. Count me in.

This one is a tough one to swallow simply due to the fact that you need Roethlisberger to lose about 15 percent of his production from last year, but I just think that the losses of Jesse James and Antonio Brown are going to hurt this passing offense a lot.

Not only does the loss of AB mean you lose 1,300 yards from last season, but the Steelers also lose the presence of AB for guys like Juju Smith-Schuster. I think that Juju’s production may rise, but his efficiency should decrease as the clear No. 1 threat in this offense. In his first 15 seasons, Roethlisberger has thrown for over 4,425.5 passing yards just twice, and now he loses his biggest threat.

Last year, Roethlisberger threw the ball WAY more than the Steelers had in the previous 14 seasons, and I think that a lot of this had to do with using a young running back in an elite passing offense. Why run like you have Le’Veon Bell when you can just pass a bit more to take the load off of the young back who you may not trust as much?

Now, James Conner is much more experienced, and he should be able to carry more of the load, especially when you look at the experience in the receiving corps. Eli Rogers, Donte Moncrief, and James Washington are going to be competing to be WR2 on this team, and that doesn’t seem like a great group to me.

In the regular season, he started seven games and only had more completions than rushing attempts in one of the seven. In these seven games, he averaged just under 160 yards per game. He would need a 30-yard-per-game increase to get to this number.

I expect the Ravens to run a very similar offense to what they did last year with Jackson, and I think that they also lack receiver talent to truly burn me here. None of these guys are going to help Jackson out from a YAC standpoint besides Marquise Brown and possibly Willie Snead, but we are unsure that Jackson can even get them the ball.

Jackson is also a major injury risk because he is going to take 15-20 carries+sacks a game this season. This is just an added plus to an already good betting situation for me.