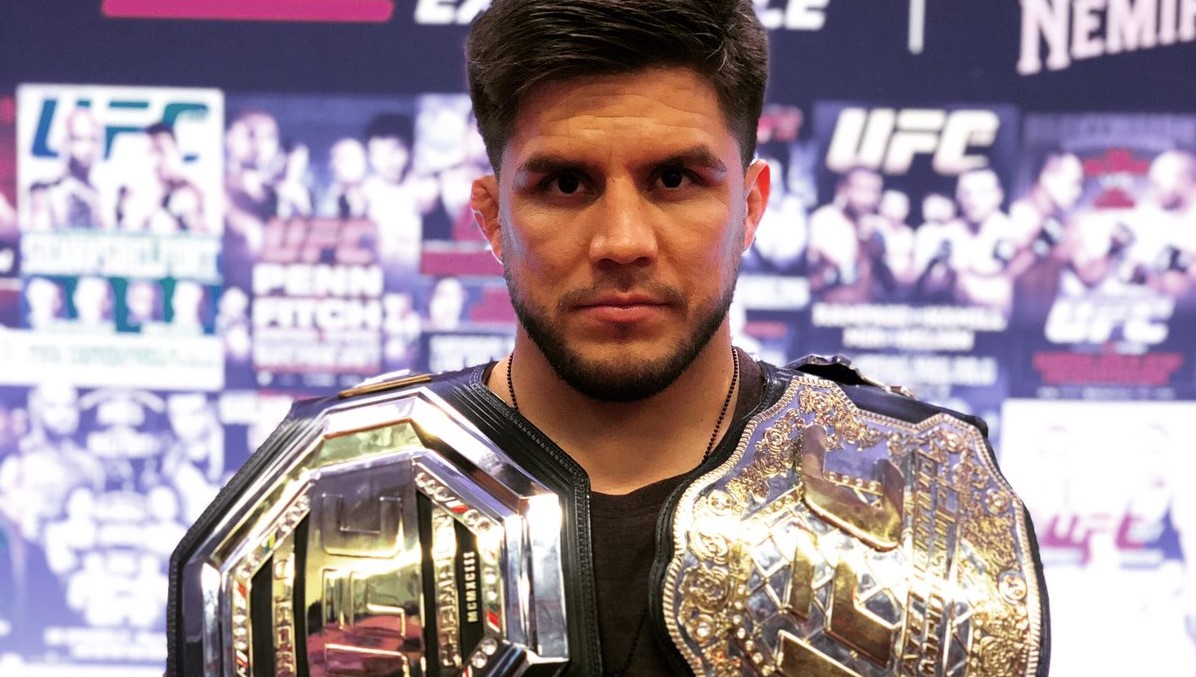 The UFC hits Chicago this Saturday with the truly stacked UFC 238. The card features a title doubleheader and one of the best possible matchups at Lightweight. In the pay-per-view main event, flyweight king Henry Cejudo dukes it out with Marlon Moraes for the vacant bantamweight strap, while Valentina Shevchenko makes the first defense of her flyweight title against Jessica Eye.
Earlier in the evening, Tony Ferguson returns to action against the resurgent “Cowboy” Cerrone, and Jimmie Rivera looks to halt the rise of bantamweight super-prospect Petr Yan. There is plenty to watch this weekend and plenty of opportunities to throw some money around.

To spice things up while you watch the fight, you can enter to win a Henry Cejudo autographed glove. All you need to do is go to https://www.denversportsbetting.com/challenges , pick the main card fights with who wins the fight, what round it ends and how it ends. You also must beat (not tie) our pro Heath “Big Sexy” Soderstrom’s fight picks. He has held the Sparta League ammy Heavyweight Championship and Chaos Combat Super Heavyweight Championship. If you beat Heath’s picks and have the most picks right out of all other entries, then you will take home the autographed glove. If you beat Heath’s picks and there is a tie for the top spot, we will have a random drawing of the tied contestants to decide who is the winner of the autograph glove. You must be 18+ to enter. Winner will be announced the following week. Shipping and handling will depend on where you want the prize shipped to.

This fight has already seen the line bounce up and down since the announcement of the matchup, with Moraes starting as a decent favorite, the line evening, and now money coming in on Moraes again. I am taking Cejudo.

People are quick to forget that Cejudo, an Olympic wrestler, has beaten two of the best fighters in the world his last two times out. However, the money remains doggish on him. The difference here will be Cejudo’s speed, wrestling, and overall ability to not get hit. I am taking Cejudo to frustrate Moraes and grind him out for a decision win.

Kattar is one of those guys perpetually under the radar. He does not do anything exciting. He will not create a highlight reel. He just goes out and wins. Kattar will dictate the standing exchanges and is hard to take down, which may be “The Bully’s” only path to victory. Lamas only needs a single opportunity, but Kattar’s incredible technical depth on his feet makes it difficult to see where that will happen. Take Kattar by decision in a fun fight.

This line has slimmed up a bit (no pun intended for this heavyweight match), and I think it is now getting closer to what this line should be at. Tuivasa was soundly knocked out by JDS, which is nothing to be ashamed of, but his best win to date was a slow decision against the ancient Andrei Arlovski. Ivanov is fresh off of ruining Ben Rothwell’s comeback by decision just after taking JDS to the limit in a five rounder in his UFC debut. Ivanov knocks out Tuivasa in Round 2.

No interest in these fights? Take these picks and give yourself a rooting interest.

Ferguson -152 over Cerrone. What an interesting year for El Cucuy and Cerrone. Despite the championship doubleheader on the card, this is the must-see television for the night. Can’t they both win?

Wineland -135 over Popov. Eddie is a conundrum in itself. He has always been an up-and-down fighter, but his recent losses have been to fighters light years ahead of Popov. His recent wins have been against guys better than Popov. Eddie gets back on track in this one.

Munhoz +110 over Sterling. Is Sterling ever going to live up to his billing as a top prospect with a sure-fire title run? Both fighters are coming in on three-fight win streaks with their last win each being the best of their career. Munhoz’s run has been more impressive as he outstruck world-class striker Cody Garbrandt. Munhoz gets the KO.