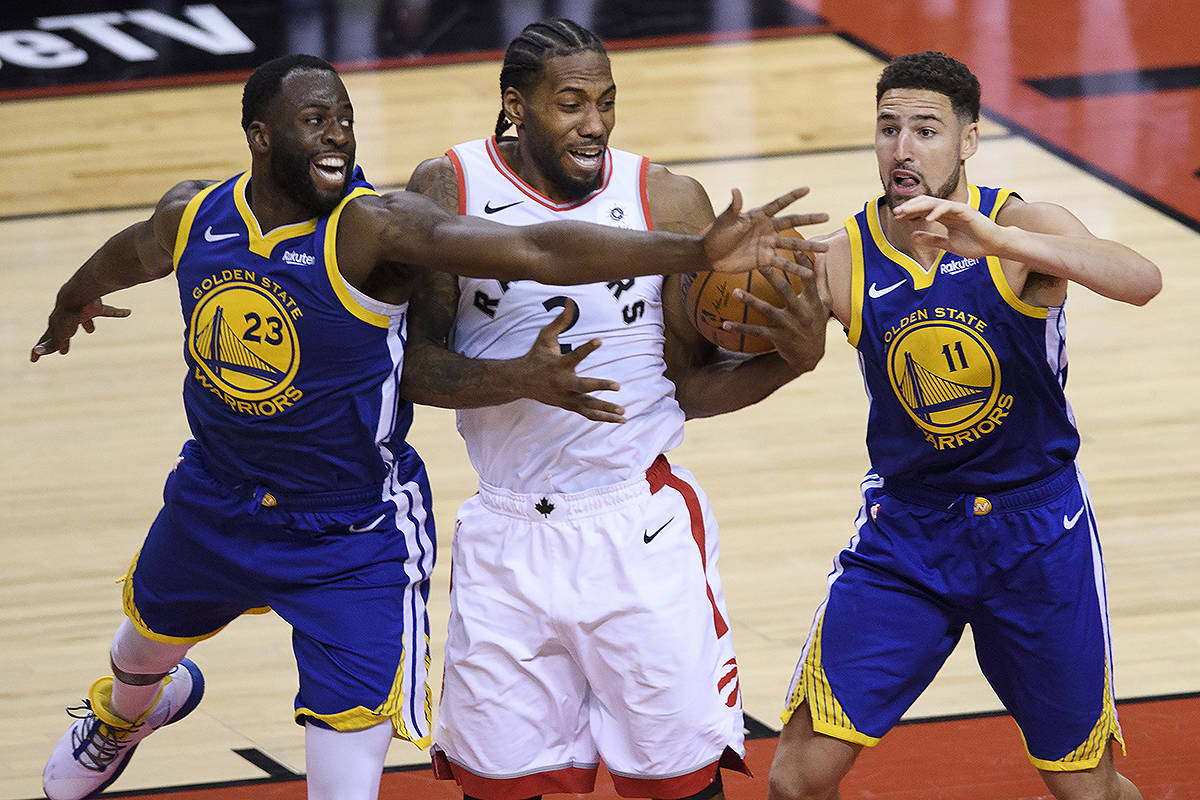 The Golden State Warriors have stolen home-court advantage away from the Toronto Raptors and will be looking to take control of this series in Game 3. Golden State looked a little rusty in the NBA Finals opener, but that wasn’t the case in the second half of Game 2. The Warriors rallied to notch a 109-104 victory over the Raptors to even up the series at 1-1.

Toronto advanced to the NBA Finals by defeating the Milwaukee Brewers in six games in the Eastern Conference Finals. The Raptors had won five straight games before their loss in Game 2 on Sunday. Golden State swept the Portland Trail Blazers in the Western Conference Finals and earned themselves a 10-day layoff between games. The Golden State Warriors are -6.0 point favorites over the Raptors in this game.

The Golden State Warriors might be without Kevin Durant in this game as well, but the “Splash Brothers” look more than capable of leading the way. Klay Thompson and Stephen Curry combined for 48 points in game two of the series and led the big comeback by the Warriors in the second half. Thompson did leave the game with a hamstring injury in the fourth quarter and could be limited in Game 3. Curry had his worst shooting performance in quite some time but usually shoots much better at Oracle Arena.

DeMarcus Cousins was inserted into the starting lineup for Game 2, and he was ready for his first ever NBA Finals start. Cousins poured in 11 points and grabbed 10 rebounds to give the Warriors a big spark. The Warriors usually have a ton of depth, but they didn’t have a reserve score at least 10 points in Game 2. Golden State could use some more production from their role players.

If the Toronto Raptors are going to take back control of this series, they are going to have to shoot the ball better. The Raptors did make 11 three-pointers in the Game 2 loss, but that was on a whopping 38 attempts. Fred VanVleet shot just 2-8 from deep in Game 2 but did manage to pour in 17 points off the bench. Toronto is going to have to score plenty of points to upset the Warriors on the road.

Kawhi Leonard was held in check by the Golden State Warriors in Game 1 of the series, but he exploded for 34 points in Game 2. Leonard is averaging more than 31 points per game during this playoff run, but he hasn’t gotten a ton of help. Pascal Siakam was the hero in the series opener but scored just 12 points in Game 2. Toronto will follow Leonard’s lead in this game, but they have to do their part as well.

Even though injuries have taken a toll on the Warriors throughout the playoffs, it hasn’t seemed to slow them down. Golden State still has plenty of former champions on their roster, and Stephen Curry is going to have a monster game in this one. Toronto will keep it close, but the Warriors will pull away late. Bet the Golden State Warriors -6.0 to beat the Toronto Raptors.

Is Nolan Arenado on his way out of Colorado?