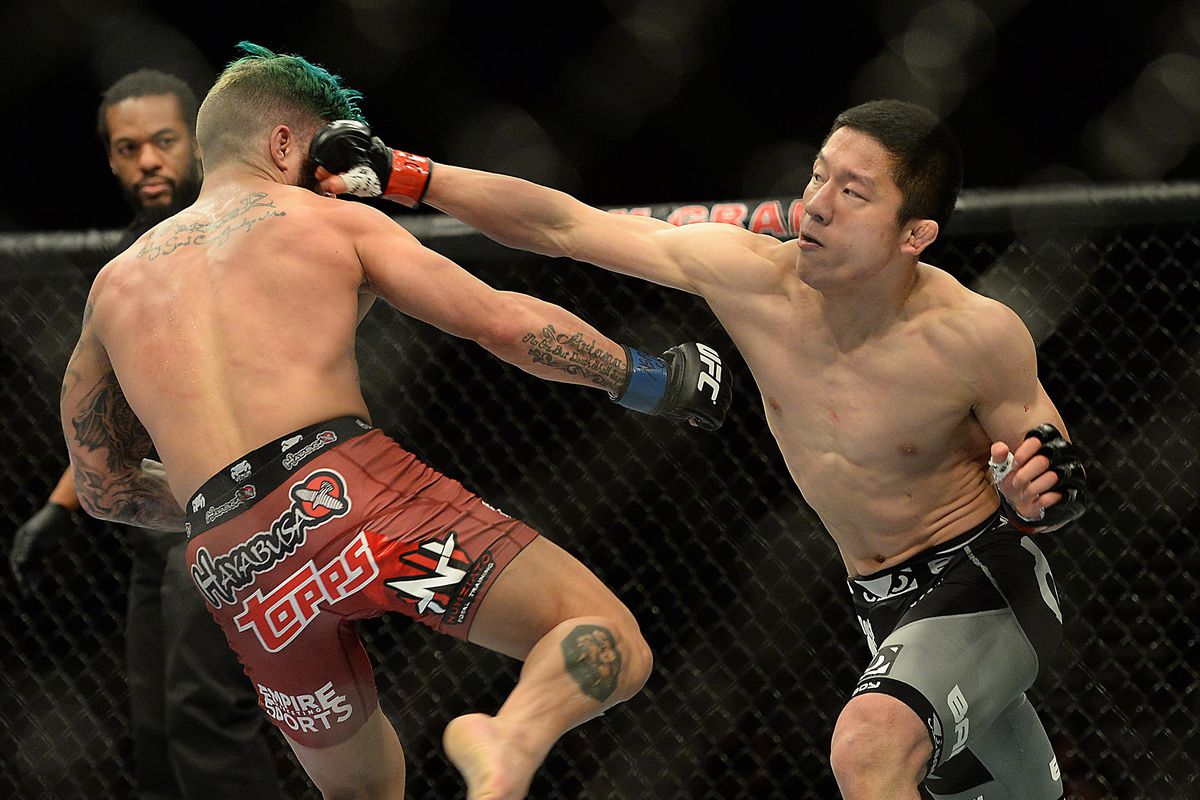 Friday night may just be Bellator’s best card that they have put together, with big money names all over the card. Throw in the fact that the event takes place at the sports Mecca of Madison Square Garden in New York City, and you have the opportunity for some memories to be made. The card features two title fights as well as a number of other intriguing matchups for the fans. The books are offering odds on all six main card fights, and my top plays are:

For an underdog pick, I like Horiguchi (27-2) to defeat Darrion Caldwell (13-2) to become the champion of the bantamweight division. These two met less than six months ago with Horiguchi submitting Caldwell in the third round. Horiguchi has not lost since a 2015 defeat to Demetrious Johnson and has been active since that win over Caldwell, while Caldwell has been on the shelf. Horiguchi is the better fighter and should be the betting favorite here. I’m surprised he opened as the underdog considering what happened just a few months ago when these last met. Horiguchi will hurt Caldwell on the feet and then finish him on the ground.

In featherweight action, give me Archuleta (22-1) to beat Eduardo Dantas (21-6). Archuleta is ridiculously underrated in Bellator as the promotion continues to push other fighters such as Aaron Pico and AJ McKee. At one point, Dantas was one of the most feared bantamweights in the world, but his stock has never been lower. He is coming off of a terrible performance in a win and before that took two straight losses. Archuleta’s time is now and what better venue to do it in. Archuleta by decision.

My most confident pick on the card is Machida (25-8) to defeat Chael Sonnen (30-6-1) in a light heavyweight bout. If Sonnen can’t get him to the mat, then this is battle over. Machida also enters this fight with quite a bit of momentum, having won three straight fights over Rafael Carvalho, Eryk Anders, and Vitor Belfort. Sonnen is coming off a loss, and he struggles against good boxers who can keep it on the feet. Machida picks him apart and either takes a lopsided decision or knocks out Sonnen in the 2nd or 3rd.

Last but not least, I do lean towards MacDonald (20-5-1) to defeat Neiman Gracie (9-1) in a welterweight title and tournament semifinal bout. MacDonald’s last bout against Jon Fitch was uninspiring, to say the least, but he is still the champ, and I am not fading him quite yet. If he loses, the context clues show this may just be the “Red King’s” last combat fight of his career. This is a huge step up for Gracie, and if MacDonald still has the will, he will find a way. A win sets him up for a battle with Douglas Lima for the belt. If you want to bet hard against Rory, wait until then. MacDonald by KO.