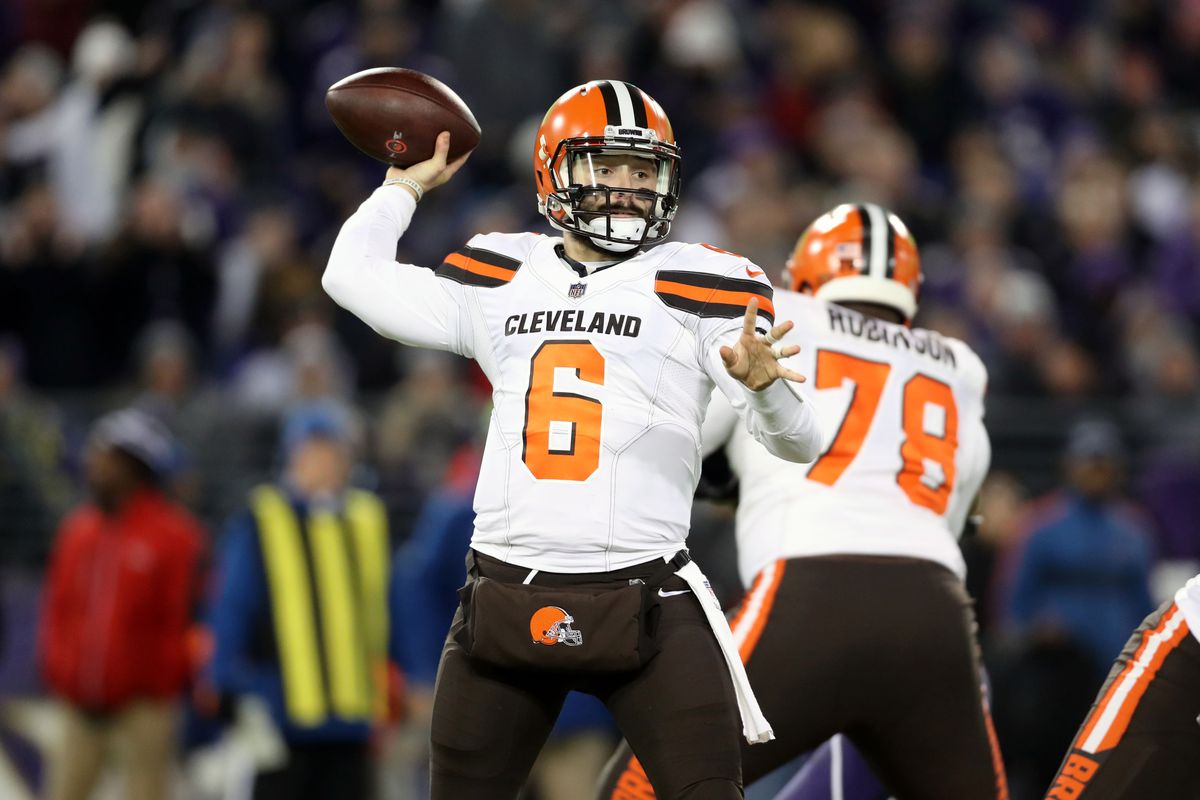 The 2019 version of the AFC North looks to be an extremely competitive one. The division has been super competitive in recent memory, with the Ravens, Bengals, and Steelers all having different levels of success, but this year the Browns jump into the mix as title contenders. Cleveland has big expectations, but they haven’t proven anything yet. The Steelers are now without both Le’ Veon Bell and Antonio Brown, who were head and shoulders the best two players on their offense. It’s tough to know what we will see out of them. Baltimore is in love with their quarterback, Lamar Jackson, but there are question marks galore on him. Cincinnati is behind those three, but it feels completely wide open up top, and any team could come out in front. Let’s take a look at some of the betting odds heading into this season.

Take Cincinnati to win over six games. The only reason I am going with this for a team who should be clearly the worst in the division is that they dumped Marvin Lewis. It was many years too late, but he was a toxic presence, and his message was clearly stale. Cincinnati won six games a season ago, and now look to have a guy that should be able to handle the game better, and hopefully keep some kind of discipline from that team. It’s hard to imagine the Bengals winning LESS than six games.

Cleveland. The Browns finished the 2018 season on a very high note and had the best offseason in the league. However, this team is ridiculously young and just has not experienced any winning at this level. They were 7-8-1 last year, so the season win total of nine isn’t too bad. The over is solidly favored, the team is a solid favorite to win the division — they are at +100, with Pittsburgh at +200, and the Browns are the fifth choice to win the Super Bowl. Hold the horses on the Browns.

* Ravens +1400 to win the AFC. While there are some big-time questions about Lamar Jackson and his ability to lead this team anywhere, this is a great bet for a team that made the playoffs last year and should be better this year. This is a team that I do not think anyone would be surprised if they won the AFC and no one would be surprised if they missed the playoffs. Why not throw down some paper on this return?

* Ben Roethlisberger +700 for most passing yards in the league. The Steelers no longer have Bell to run the ball, and Roethlisberger just got his contract extended. With the turmoil around Antonio Brown’s departure, Ben may be on a mission to show who the real problem was in the Steel City. Roethlisberger is always near the top of this list anyway, so it does not have bad value at that number.

* Diontae Johnson +9000 for Offensive Rookie of the Year. Yes, this is somewhat like cheating, but if the above recommendation holds, then Big Ben is going to need someone to take all those yards. Enter Diontae Johnson, a burner out of Toledo. He can play all over the field, which will give him plenty of opportunities to make big plays. Think Emmanuel Sanders.
We expect a fun season out of the AFC North in 2019!

Nikola Jokic was asymptomatic, will this affect his game?