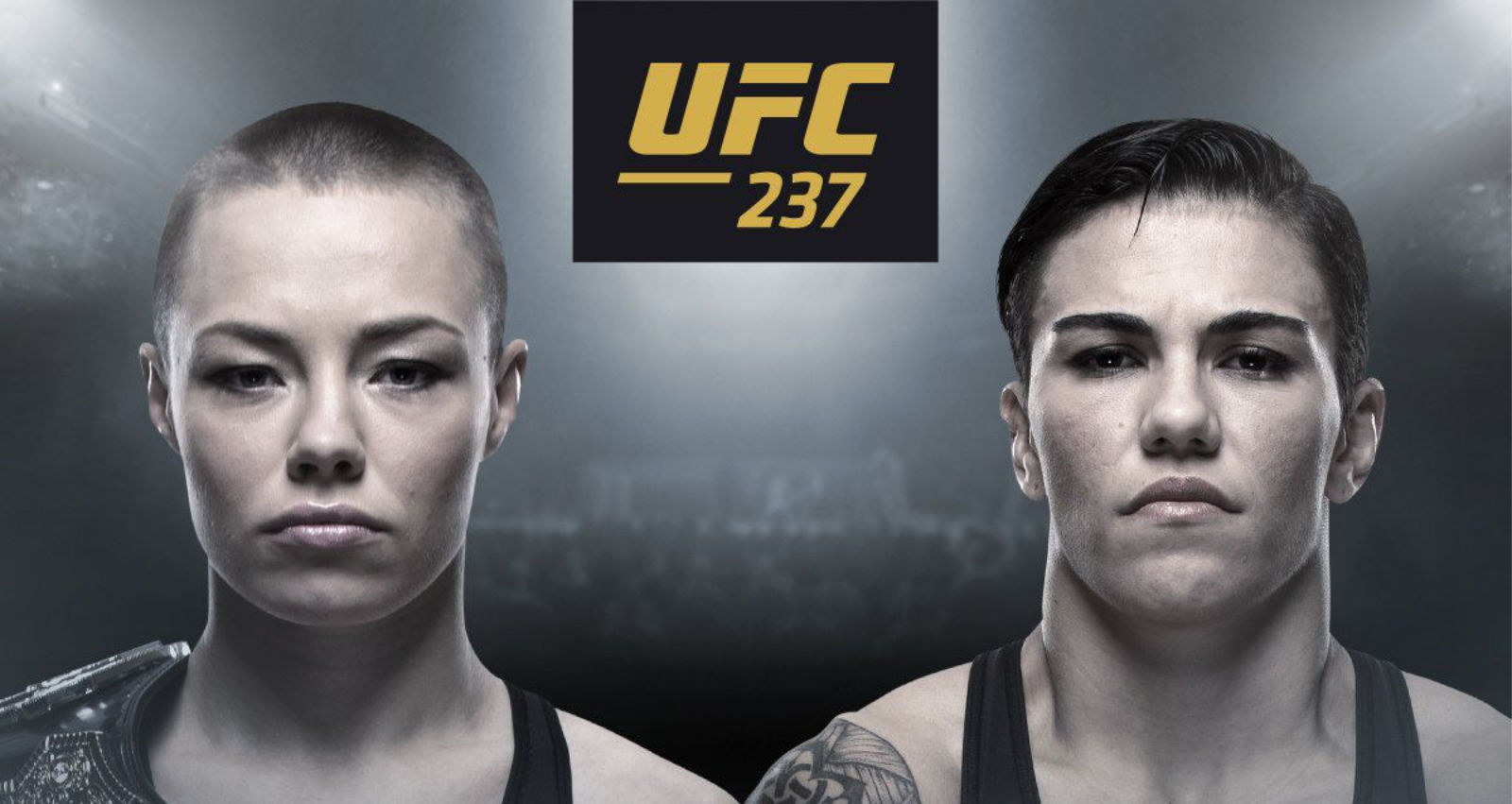 The UFC heads south to Rio de Janeiro for UFC 237 which features a headlining bout of Rose Namajunas and Jessica Andrade. Long have events in Brazil featured superstars of the sport, but this one seems to be many of those stars’ swan song. Regardless, this card offers plenty of value in terms of betting with a bunch of close lines, so let’s get started.

Namajunas has beaten Joanna twice. Joanna is a crafty boxer and a completely different animal than Andrade. When Thug Rose gets hurt, she tends to retreat to the clinch for safety. The clinch is Andrade’s world and the last place Namajunas wants to go for time to clear her head.

Getting into a grappling match on the feet is what went wrong for her against Kowalkiewicz. She’s gotten away with this tactic in the past (i.e. Jedrzejcyk) but grappling on her feet in this match would be a very bad move. If she gets in the clinch, she will not get out. Look for Andrade to either get the KO or the points to get a win.

Cannonier simply needs a quick finish here. Those are hard to find against the greatest fighter to ever live, Anderson Silva. Silva showed enough against high-level competition recently, specifically Cormier and Adensanya, that he should have enough skill and savvy to get by Cannonier.

Silva has a five-round gas tank while Cannonier does not even have a three-round tank. Oh, did I mention this fight is in Brazil? Silva out-points the Alaskan safely on the way to a UD victory.

This UFC 237 fight has the makings to be the fight of the night and really could go either way. Volk is a tremendous prospect who seemed to come out of nowhere, but I do not believe that Aldo is ready to pass the torch just yet.

The only two people who have beaten Aldo in the past 14 years had quicker hand speed and perfect game plans. Volk is a tremendous fighter, and there is no shame in losing this one, but he just does not have the tools of a Holloway or McGregor at this point. Aldo wins a split decision.

Perhaps it is erroneous of me to not get on board the Trinaldo train, but watching him muddle back and forth from 2012-2014 has always given me a bad taste in my mouth. Even since then, Trinaldo is a perfect gatekeeper where he beats who he should (except Paul Felder) and loses to who he should.

CDF, on the other hand, has only lost once in the past four years, dropping to Dustin Poirer. We all know where Dustin is now. This is a huge match-up in the deepest division in the UFC and look for Ferreira to continue climbing the ladder. CDF will set a faster pace and win an easy decision.

No matter how you feel about the outcome of this fight, there is no doubt that Andrade is the strongest woman on the 115 lbs roster. An argument could have been made that she was one of the stronger 135 lbs fighters before she dropped down.

Andrade demolished the also terrifying Claudia Gadelha and blacked out the durable Karolina Kowalkiewicz in under two minutes. A knock-out victory has terrific UFC 237 betting value at +340.