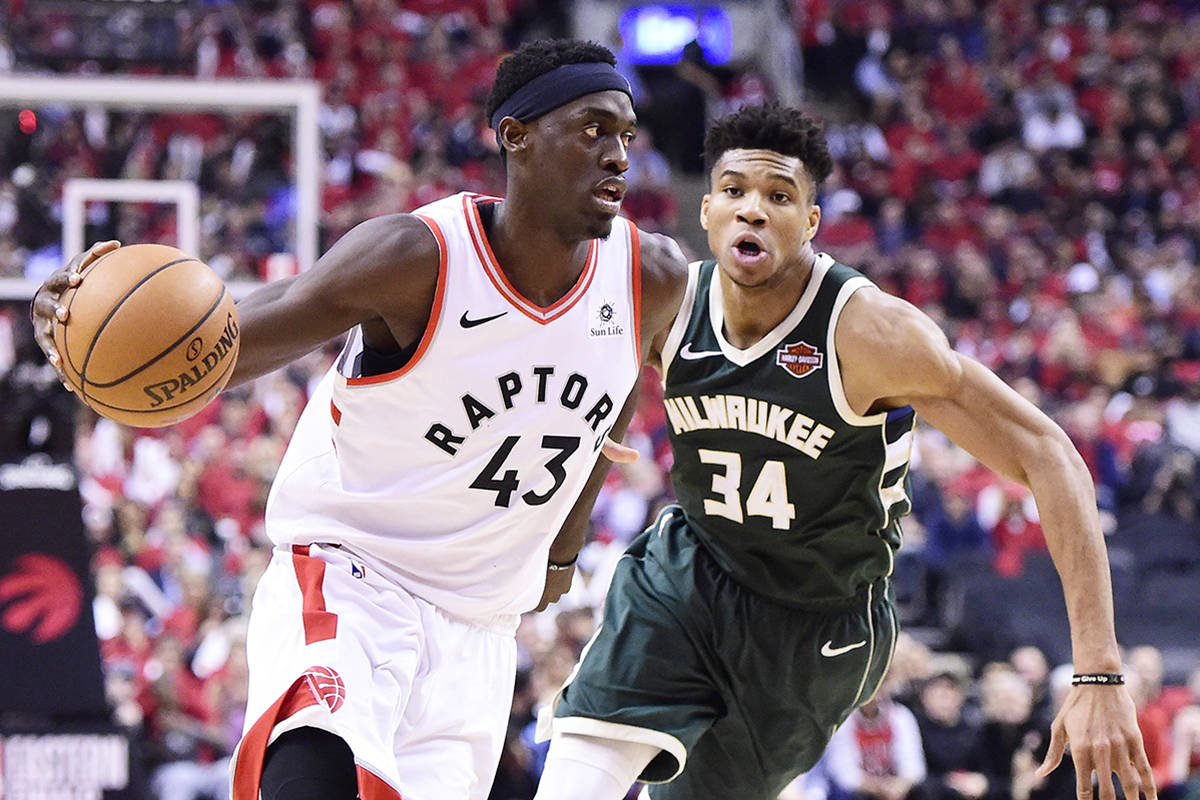 Winning on the road in the playoffs is never easy, and the Toronto Raptors and Milwaukee Bucks haven’t been able to do it yet in this series. Home teams have won each of the first four games in the Eastern Conference finals, and the Bucks hope the trend continues. Milwaukee will host the Raptors in the pivotal Game 5 on Thursday night.

Milwaukee dominated the first two games of this best-of-seven series, but things changed once they hit the road in Toronto.

The Bucks suffered a close double-overtime loss in Game 3, then were blown out by the Raptors in Game 4. Toronto must find a way to win a game on the road if they have any chance of reaching the NBA Finals. The Milwaukee Bucks are -7.0 point favorites over the Toronto Raptors in Game 5.

Depth has been a strength for the Bucks all season long, but that wasn’t the case for them in Game 4. Milwaukee got just 23 points from their bench in the pivotal loss, after getting more than 50 from them in Game 3. The Bucks also struggled a bit from the three-point line even though they made 11 shots from deep. Look for the Bucks to get more production from their bench as they return home for Game 5.

Giannis Antetokounmpo had his worst game of the playoffs in Game 3 but responded pretty well in Game 4. The “Greek Freak” poured in 25 points and grabbed a team-high 10 rebounds. Khris Middleton was the real star for the Bucks in Game 4, but it wasn’t enough. The All-Star poured in 30 points and knocked down 11-15 of the shots he attempted. These two stars will have to lead again in Game 5.

There is no doubt who is leading the Raptors charge, and that man is Kawhi Leonard. Leonard had just 19 points for the Raptors in Game 4 but was terrific on defense once again. The former NBA Finals MVP is averaging 31.2 points and 8.4 rebounds per game during this postseason, and his team just two wins away from the NBA Finals. This might be Leonard’s only season in Toronto, but he is doing his best to make the most of it.

Toronto fans have been waiting for point guard Kyle Lowry to show up in this series, and he was at his best in Game 4. The veteran poured in 25 points and went 10-10 from the free-throw line in what was his best playoff performance in a few seasons. Toronto knocked down 14 three-pointers in the Game 4 win and will need to make shots again to steal a road win back in Milwaukee.

Bucks Back in Control at Home

The Raptors were impressive in their two wins back in Toronto, but things will be much more difficult in Milwaukee. The Bucks have been a great home team all season long, and they should play much better in this one. Antetokounmpo should bounce back with a huge game in this one, and the Bucks are going to take a 3-2 series lead. Bet the Milwaukee Bucks -7.0 over the Toronto Raptors in Game 5.