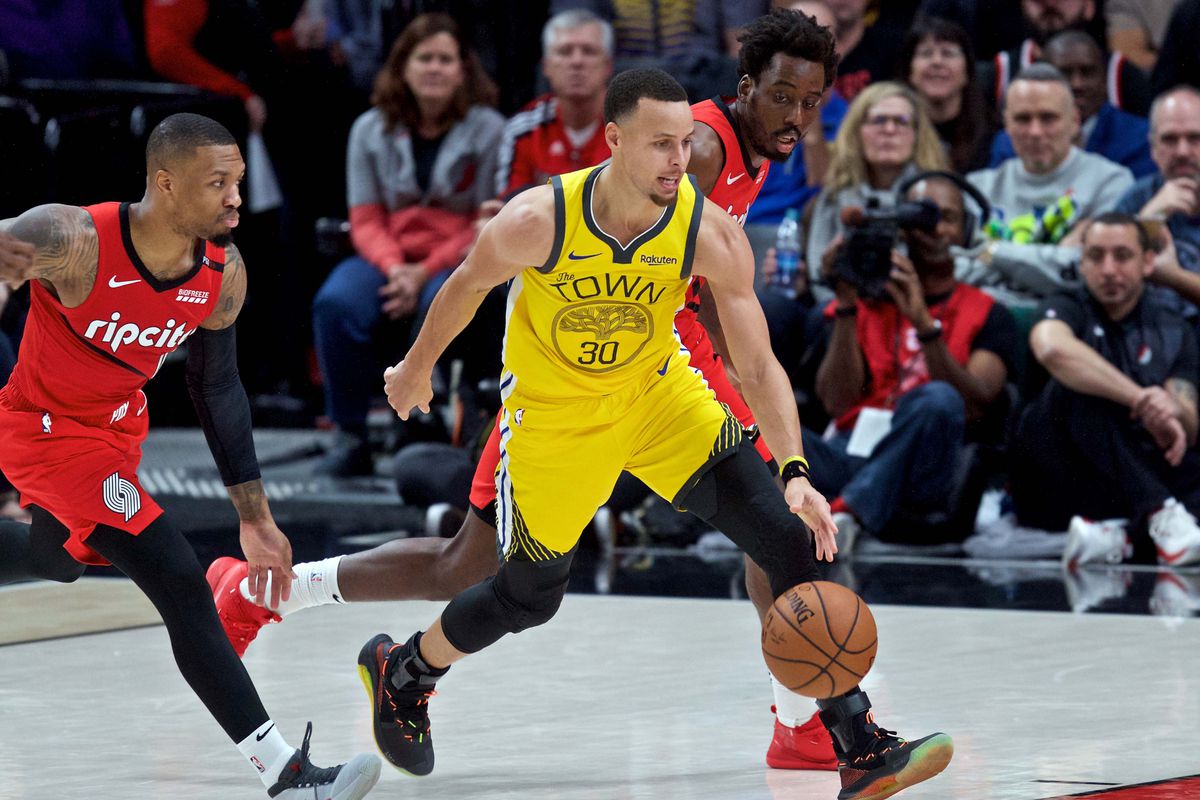 Surprise! The Golden State Warriors are back in the NBA Finals for the fifth straight season. The real surprise though is that the Toronto Raptors is the team that came out of the Eastern Conference for the first time in franchise history. Golden State will be looking for their third straight title, while the Raptors will try to win it on their first try. Toronto has been tested throughout this playoff run but has passed the test each time.

After losing the first two games of the Eastern Conference Finals, Toronto responded by winning four straight games to eliminate the Milwaukee Bucks. Golden State has had a much easier time of it, sweeping the Portland Trail Blazers in the Western Conference Finals. The Warriors are -1.0 point favorites in Game 1.

Warriors Still Have Plenty of Talent

The Golden State Warriors will be without two starters for Game 1 of this series, with Kevin Durant and DeMarcus Cousins both injured. That sounds like a recipe for disaster, but the Golden State Warriors are still loaded with talent. Point guard Stephen Curry has stepped up his game and averaged 36.5 points per game in the Portland series.

Curry is making 40 percent of his three-point shots, and his confidence should scare the Toronto Raptors. Draymond Green and Klay Thompson have also been more assertive with Durant out of the lineup of late. Green posted a triple-double in two straight games in that Portland series and has been setting up his teammates for easy buckets. Thompson is averaging 19 points per game, and he will also have the task of trying to stop Kawhi Leonard. Even without Durant, the Warriors are the most dangerous team in the league.

Raptors Will Need to Shoot Well

If the Toronto Raptors are going to win this game, they are going to have to shoot it well from deep. Toronto is shooting just 34.5 percent from the three-point line in the playoffs, and that won’t work against the mighty Warriors. Fred VanVleet has been shooting well of late, hitting seven three-pointers in the Game 5 win over the Bucks. Scoring points is a must against the defending champions.

The Raptors will need other players to step up, but Leonard and Lowry lead the way. Warriors Take 1-0 Series Lead Having home-court advantage is usually a huge deal in the NBA Playoffs, but not in this case. The Golden State Warriors can win in the most hostile of environments, and that includes Toronto.

The Raptors just don’t score enough points to knock off the Warriors, and Golden State is going to win the series opener.

Bet the Golden State Warriors -1.0 over the Toronto Raptors.