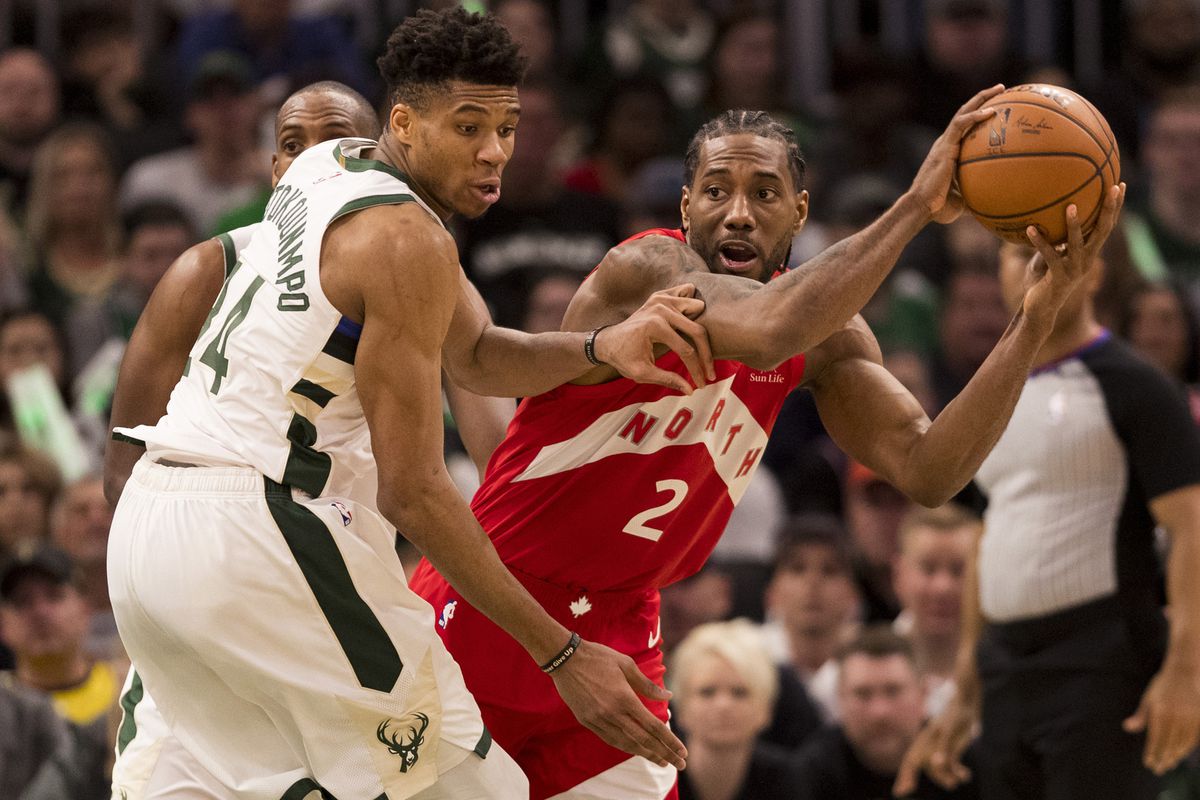 Can the Milwaukee Bucks force a Game 7?

If a playoff series doesn’t start until a road team wins a game, then the Eastern Conference finals have officially started. The Toronto Raptors went into Milwaukee and put together an impressive performance in stealing Game 5 away from the top-seeded Bucks. Toronto now leads the series three games to two and will look to finish off the Bucks in Game 6. Milwaukee was coasting through the playoffs through the first two games of this series, but they are in trouble now. The Bucks had lost just one time prior to Game 3, but have now lost three straight games to face elimination. Toronto will try to use their raucous home fans to win Game 6 and reach the NBA Finals for the first time in franchise history. The Raptors are -2.0 point favorites over the Bucks in Game 6.

The Toronto Raptors aren’t known to be a great three-point shooting team, but they could have fooled anyone in Game 5. Toronto knocked down 18 shots from deep in the win, shooting 42 percent from the three-point line. Fred VanVleet was the biggest shooting threat in the win, knocking in seven of the nine shots he attempted from the three-point line. Another great shooting night should have the Raptors facing the Warriors in the NBA Finals. Kawhi Leonard appears to be running on fumes at this point but still continues to dominate on both ends of the floor. Leonard had 35 points, seven rebounds, and nine assists in the Game 5 victory and continues to prove that he is one of the best players in the league. He has also done a great job on Giannis Antetokounmpo, and the Raptors have built a wall behind him. The Raptors are doing almost everything right against the Bucks.

Milwaukee built up a complete roster that managed to score more than 118 points per game during the regular season, but suddenly they are getting no production from their bench. The Bucks had just 15 points from their reserves in the Game 5 loss, and that group got outplayed by the Raptors. All-Star forward Khris Middleton was a no-show as well, scoring just six points on 2-9 shooting from the field. The Bucks had better figure it out in a hurry, or their season will be over. Giannis Antetokounmpo might be the MVP of the regular season, but this series has exposed some flaws in his game. The “Greek Freak” still managed to score 24 points in the loss but struggled to create easy shots for himself or his teammates. The Raptors also aren’t afraid to foul Antetokounmpo, and he went just 4-9 from the charity stripe. Toronto has managed to figure out a way to stop the MVP and his teammates, but now it is time for the Bucks to respond.

The scene in Toronto is crazy for every single home game, but it will rise to another level for Game 6. The Raptors have been great on their home floor in the playoffs, and they have tons of momentum heading into this game. Milwaukee won’t go down without a fight, but the Raptors are closing this series out. Bet the Toronto Raptors -2.0 over the Milwaukee Bucks in Game 6.