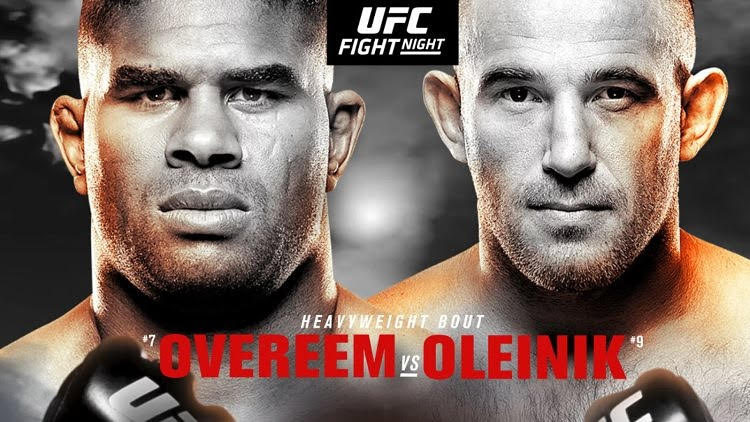 What a way to kick off a sport filled Saturday than with an early UFC event on ESPN+. The main event is going to be such an entertaining heavyweight fight between two UFC veterans. This fight is between Alistar Overeem (-285) vs Aleksei Oleinik (+225). Overeem 38 years old and Oleinik 41 years old, they have 130 pro fights between them, so saying they have experience is an understatement. Overeem is coming in on a 1 fight win streak. Overeem is well known for possessing the skills to ko his opponent with not only his punches but also his kicks. He is very dangerous standing up but has 17 submissions victories, so he’s not afraid of the ground either. He will be looking to use his kickboxing background to wear down Oleinik early in the fight. Overeem will need to stay at range for his best chance to win. Oleinik is riding a 2 fight win streak and will be looking to have the biggest win of his career over Overeem. The Boa Constrictor has 45 submissions under his belt and has proven he can get a choke from any position. Overeem has never had elite defense or even average defense to say the least, so Oleinik will need to be the aggressor off the bat. Once he gets some punches going, he’ll go for the take down and go for what he does best, submit his opponent. What an accomplishment would that be to submit Ovreem, since Overeem only has tapped once in his career. Ovreem really needs this win to remain relevant but I’m going underdog in this fight. Oleinik will win back to back main events and have a 3 fight win streak after this fight. * Odds via Bovada.lv

Make sure to follow us @DenverSportsBetting to see the announcement for our next “Ko The Card Challenge.” We will be having one for UFC 237. Main event of Rose Namajunas and Andrade. Winner of the challenge will get an autographed Anderson Silva glove!

How it works is you will need to beat our pro’s fight card and score more points than the other participants. If there is a tie for points, we will randomly select a winner of the tied participants. You score points by picking the winner of the fight, what round and how it ends. Below is the point system. Winner will get posted on our social media and website as Champ of the “KO The Card” challenge and also, become one of the pros for the next card.

1 point for picking the winner of the fight

3 points for picking a draw

Picking how it ends:

3 point for a forfeit/DK. A fighter can announce a forfeit before a match begins if he’s injured.

5 points for picking No Contest

Over or Under? Week 4 NFL picks to consider