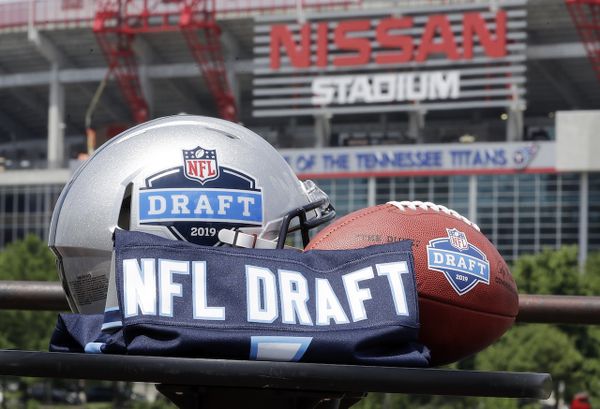 April 25th is the day all NFL stat nerds’ thirst is finally quenched. Draft day is here and with it comes the first glimmer of hope for 32 teams and their fans. Odds makers and beat writers have spent months going over prospects and draft scenarios all just to be proven wrong. The NFL Draft is a crap shoot that can’t be predicted, the best mock drafter’s get maybe 25% of the 1st round correct. This is the why the casual fan loves Draft Day, anything can happen and no matter what, your excited for the new players your favorite team(s) have added.

To help make this Draft day even more exciting for you; here are some of the best NFL Draft Prop bets that are out there waiting to be sweated over.

Murray has been the rumored #1 for months, if you believe the rumors Bosa would be the alternative at #1, just remember we are in the season of lies. Most rumors this week; especially ones out of left field are usually wrong.

How many 1st Round trades will there be?

2018 had 8 1st round Trades and 2017 set the NFL record for draft trades (37) including 10 in Round 1. With all the compensatory picks that are spread around the league and with the number of teams in the top 10 that are not QB needy I think Over 7 ½ is a realistic number that can be reached.

Who will be the 1st Running Back taken?

Josh Jacobs is the draft analysts’ consensus #1 RB prospect on most top sites. Many think he will be worthy of a late first round pick. With no generational talent expected in this RB class it would be surprising if the pecking order was disrupted. Jacobs at -500 feels like a safe wager.

How Many Defensive Players will be Selected in the 1st Round?

How Many Offensive Players will be Selected in the 1st Round?

These 2 Props are a coin flip; exact opposite of each other. According to most draft analysts 2019 is a Defense heavy draft. You must consider that most analysts never have the top QBs in their top overall prospects. Quarterback is a coveted position and the there are always QB needy teams that will over draft QBs. This will impact the rest of the leagues draft boards and could allow a lot of teams to draft players they shouldn’t have had a chance to get.

I would bet on the Under 16 ½ Defensive players taken. If QB needy teams over draft, other players will fall out of their predicted positions and instead of being smart, organizations will covet WRs and TE prospects thinking they are getting a steal.

There are a ton of other Props out there check them out and have some extra fun waiting for your favorite team to pick their next superstar.