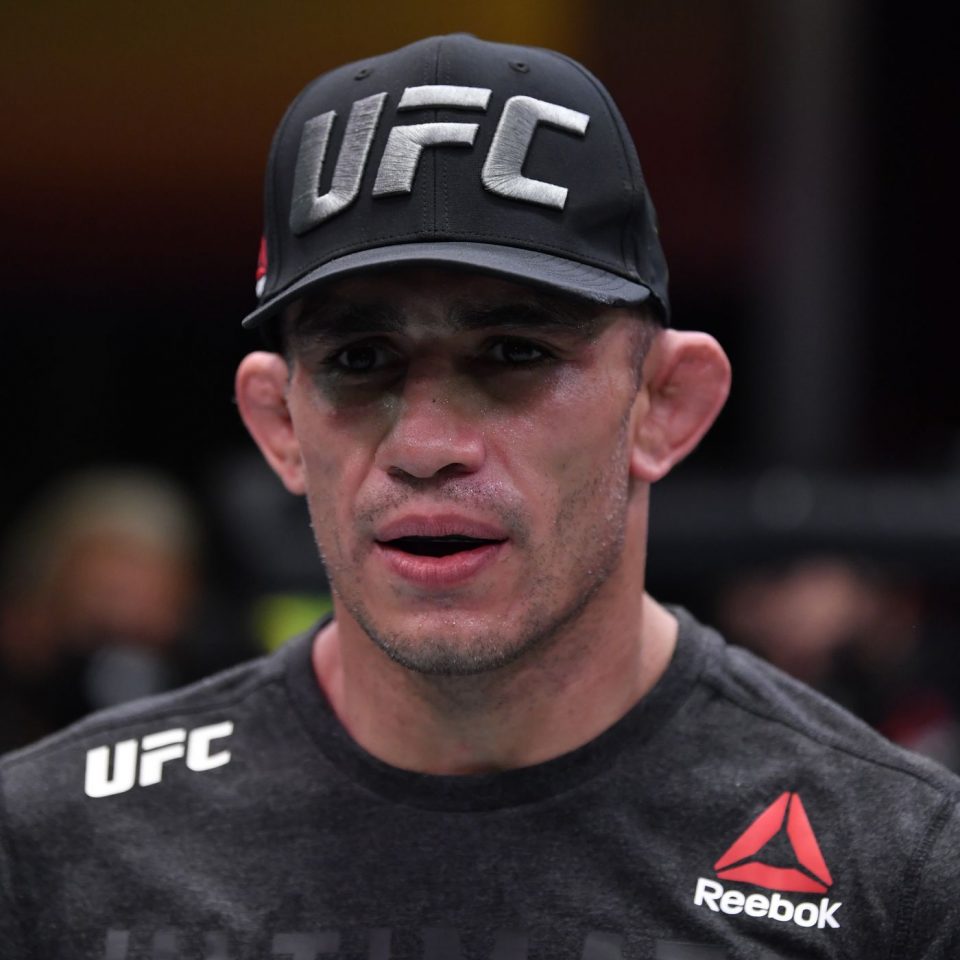 It deeply pains me to type this column out this week. Like, it really hurts, y’all.

As a longtime fan first of the sport as a whole first and foremost, it has been as tough the last few weeks as it has been exhilarating. It is just the nature of the beast that our heroes of yesteryear (Anderson, JDS, etc.) eventually get fed to the hungry wolves of today. What we saw Saturday night was a changing of the boogeyman guard, and folks, Tony Time is over.

Tony Ferguson has been a “hardcore fan” fan-favorite fighter for years who has built up a cult like following online with multiple iconic moments that will live on in MMA meme history forever. Tony’s the type of guy to win 12 straight fights and never get to fight for an undisputed title.

“Hold on, I’m talking brother.” Before you start to think that I’m crazy and want to ankle-pick me for saying that Tony Time is over, let’s just take a look at the situation for what it is. When you are winning, no one is going to question all of the funky, unorthodox “Ninja Turtle” things (that we love him for) that come with all that is Tony Ferguson. Losing changes that.

First, Tony calls his own shots now and did not have coaches in his corner, only training partners. Not one coach from his past dozen fight win streak, including Eddie Bravo, was there Saturday. Not having structure and coaching at the highest level of competition is ludicrous and will not equate to championship success.

Tony Ferguson is on the back half of his 30s and he did not have the same swagger and bounce in his step that 12-fight win streak Tony had — that confidence was gone. Could it have just been an off-night? Possibly. Could it be a product of the cumulative damage that Tony has taken in the wars over the course of the last few years in which we have all come to love him for? Probably.

Tony has always had a strange relationship with the media, but he was even more particularly cross with the press including screaming at Daniel Cormier and calling Jon Annik a “little bitch” in the fighter meetings last Thursday. In the last few months, Tony has accused the UFC as being racist in interviews for not giving him opportunities that he feels he deserved. That is a dangerous path to take and he is bordering the ‘bitter comic who never made it’ stage, and once you’re that sour and bitter, it’s over because your love for what you do is now gone.

Former UFC fighter Josh Thomson spoke on the “Weighing In” podcast about how he was never the same after the beating that Tony gave him back at a UFC fight in 2015, and he said that Tony is most likely never going to be the same after the punishment Justin Gaethje inflicted upon him last May.

No one will bat an eye when you don’t follow fundamental principles with movement, technique, etc. But when you do not win, all of that comes under fire. Tony has never been known to be an elite technician, at least not in relation to top tier grapplers like Oliveira, the Burns brothers, etc. Tony has always been that gangster that is going to go through a firefight, scramble his ass off, and find a finish on the other side, whether it be a TKO, locking up a d’acre, etc.

Tony did not take the same sort of physical beatdown against Charles ‘do Bronx’ Oliveira, but he was straight up dominated and narrowly avoided a broken arm at the end of the first round after being saved by the bell. Oliveira looked to be the more technical guy on the feet and he was like a wet blanket on top of Tony once the action went to the canvas.

On the ground, Tony had zero answer for Oliveira and I will never know how his arm A) didn’t snap and B) was still able to be used throughout the fight. That armbar transition was lightning quick with technique tighter than my pants anytime Valerie Laureda posts on social media.

The big question that fight fans have always wondered is what would happen if Tony and Khabib were to have happened and it went to the ground. Well, ladies and gents, first, we will never see that fight happen now. It’s now also fair to say that it likely would not have ended much differently if the cursed match-up had ever taken place.

The two biggest fights in the lightweight division during Tony’s time managed to evade him in one way or another. The five cancellations with rival ‘Fat Head’ Khabib over the years produced the greatest booked fight in MMA history that never happened and he was never granted his shot at ‘McNuggets’ Conor McGregor.

Tony never had the big fight.

In an effort to leave no stone unturned, I will present to you a potential extreme outcome here: Tony may get cut. Now, this is not likely, but it is also not entirely outside the realm of possibility with the ever-turbulent relationship Tony has had with the UFC.

This comes in the wake of the announcement from UFC President Dana White about a massive roster purge before the end of the year, which has subsequently included veteran names such as Yoel Romero and Anthony ‘Rumble’ Johnson. The facts are that Tony is on a two-fight skid on the back half of 30 who comes with a sizable price tag in comparison to some of his younger contemporaries.

At first, I cringed at the announcement with Oliveira because I’ve long said that he’s the dark horse threat for the title in the division because of his vastly improved striking on top of his historically great submission prowess (UFC record holder). As time grew on though, my inner Tony-fanboy thought that the real ‘El Cucuy’ was going to be back with a sense of urgency, hungry to get back into title contention. He got his ass-kicked in every area of the fight and it had MMA hardcores looking like they were cutting onions (myself included).

2020 has been hard on a lot of people worldwide, there’s no way around it. After two losses this year, Tony will have to go on an incredible three or four fight run again just to get himself back where he was coming into 2020. At his age with his style, he is racing against the clock and father time is undefeated.

At just 30 years old, Oliveira is the next wave of the division — and he’s only getting better.

Tony time is over.